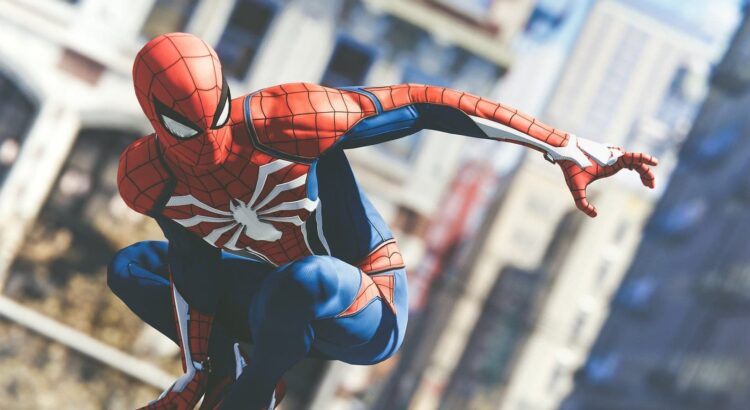 Comic book fans have had to suffer through abysmal videogame portrayals of their favorite characters for years before some of the best titles like Batman: Arkham Asylum and now Marvel’s Spider-Man came along. It’s certainly a great time to be a fan of superheroes, and as the latest Spider-Man game proves, even people who aren’t into comics can also have a fantastic time in the skin of one of Marvel Comics’ most beloved characters.

With an incredible track record of hits behind them, Insomniac Games felt like the perfect developer to handle a web slinger game, considering that one of their most popular releases, Sunset Overdrive, pretty much had the same style of traversal that a Spidey title could make use of, and with a few tweaks to the ground movement that was one of the weakest aspects of that particular game, we’re getting one of the most immersive Spider-Man experiences ever. So much so that everything but the parts where you don’t play as Peter Parker’s alter-ego are some of the most fun I’ve had playing a game this year, while the rest manage to be the most annoying.

Spider-Man is a fast, nimble and most importantly, fluid character, and that aspect of his archetype is perfectly suited to a videogame, but as we’ve seen over the years, most of them haven’t really taken advantage of this and have suffered for it. That’s not the case with Insomniac’s take, as it delivers one of web head’s fastest moving and positively best feeling rhythm you’ll ever see. Differently from some of the previously best incarnations of Spider-Man in videogame form, namely from the PlayStation 1 and 2 era, the aptly named Spider-Man, developed by Neversoft, and Treyarch’s Spider-Man 2, Spidey’s web slinging feels realistic this time around, because his webs actually connect to the buildings he zips around, as opposed to simply sticking in the sky like before. The momentum of his movement is also extremely fluid and feels incredible, and it allows you to control his speed and maneuverability as you see fit on the fly.

The same feeling applies to the combat, which flows absolutely wonderfully with his movement, allowing you to attack enemies as you swing around, using that momentum to your advantage as you take down baddies. Spidey’s suite of moves is ever-growing and a blast to use, where in you can use enemies as weapons and throw them into their buddies, relieve them of their guns, counter and combo them in the same way you could with the Caped Crusader in the Arkham games, as well as put to use some gadgets like trip mines, electrified web balls and even holo decoys to help equal the odds during particularly tough confrontations. After all, Peter Parker is a scientist, so it’s no wonder there are so many technological marvels aiding him on his battle against evil.

Speaking of evil and without going into spoilers in regards to the story, Spider-Man’s rogues gallery is put to great use all throughout the game, be it directly interacting with them or via references interspersed throughout the adventure, fans and newcomers alike are bound to like the way Insomniac has made use of one of the best group of villains outside of Gotham City. The main baddy of the game, Mr. Negative, is a relatively new character introduced in the comics, and his arc is well developed throughout the game, as is his relation to Pete and alternatively, Spider-Man.

As for the scientist that Parker is, that’s where the puzzle aspect to Spider-Man comes in. His job as Dr. Octavius assistant gives him plenty of opportunities to dabble into research projects that serve as one of the game’s many side activities, and in this case, you’ll be tasked with playing a Pipe Panic-like connection game in order to generate enough current in increasingly more complex circuit boards, which in turn will give you coins that can be used in conjunction with other materials in order to craft new suits and gadgets to expand our buddy’s arsenal for fighting crime.

Other materials come from a variety of side activities that are slowly unlocked as you progress through the story. You’ll be taking over crime lord bases, defusing bombs, helping out the cops deal with street crime, as well as taking special pictures of landmarks, which all give you special currency that can be spent in menus for crafting. These extra jobs are purely optional, and aside from their introductory missions, can be put aside if you feel like sticking to the main story exclusively. But in my experience with the game, they proved to be rewarding enough to dive into from time to time, and as I approached the end of the story, they eventually became varied enough not to be boring to partake. While I could’ve appreciated a little move detective work when it came to retrieving a certain collectible type that the game simply plasters as icons on the map and simply had me zip around to pick up, other activities proved to be worthwhile and enjoyable to do.

That’s something that I felt was missing from the admittedly small portions of the game where you don’t play as Spider-Man, which take away his powers and abilities and stick you with common people having to be stealthy, facing insta-fail missions whenever you are caught. Still, those manage to be few and far between enough that they don’t break up the flow of the game too badly, but they are still annoying to do. Thankfully, at these points, the developers seem to have realized that people would have a little trouble getting through, because there are a bunch of extra checkpoints that help things move along quicker.

Aside from our hero, the other protagonist to this game has got to be the setting of New York. Manhattan looks absolutely gorgeous and is by far the most impressive cities in a videogame that you’ll ever move around this year. Albeit edited and designed with technical limitations in mind, the work that Insomniac has put into portraying the Big Apple really paid off. There’s very little draw-in as you breathlessly fly around the city as Spidey, and it all looks incredible as the day cycle changes. The sunsets are especially beautiful and prove that this generation of consoles still has some life to it when it comes to providing realistic environments and weather.

Spider-Man is also one of the most graphically impressive games when it comes to character models. The main cast looks absurdly realistic and is very well designed when it comes to them being portrayals of actual living, breathing humans, and not comical dolls that just happen to move about and flap lips. Peter and his on and off girlfriend Mary Jane in particular look like normal people who just happen to deal with the incredible things that come when one of them gets bitten by a radioactive spider and gets special powers. Having them look and feel like ordinary humans, allied with some great voice performances and lifelike animations helps convey the same feeling of relatability that original Spider-Man creators Stan Lee and Steve Ditko have always mentioned that they wanted to infuse into that comic since the get-go. It’s something that a lot of superhero videogames seem to get wrong and that this game absolutely nails. And that also plays with the rest of the cast in ways that I’ll keep vague in the sake of avoiding spoilers (read: if you’ve read the comics, you’ll know where things go, but the way they get to that point is fun to see regardless!).

As I touched upon before, the amount of references to the rich history of Spider-Man is quite incredible in this game. The main collectible, a number of backpacks hidden throughout the city, help give plenty of interesting tidbits to Spidey’s past, giving allusions to villains that he fought, his relationship with the infamous Uncle Ben, as well as build his incredibly likeable personality, which is at an all-time funny high all through the game as you’ll quickly see when playing. The suits you get to build and collect also throw in a ridiculous number of call backs to all sorts of Spider-Man media, be it movies and obviously comics. Some are pretty deep cuts to his lore and just might fly over most players’ heads, like the white Ghost Rider like Spider suit. I for one loved the inclusion of the Scarlet Spider outfit, and even though I hate the story arc that introduced it, the Clone saga, the point where I quit reading comics for a decade thanks to how bad it was, I have a soft spot in my heart for the Ben Reilly character, who believed he was the real Peter Parker and took upon the mantle of Spider-Man for a while, but as Scarlet. There’s bound to be a suit you end up liking as much as I have for that one in particular, since their array is absolutely bonkers.

Although I have a bone to pick with Insomniac for including those annoying stealth sections in the game, it’s easy to overlook them when considering just how well they nailed the look and feel of playing as Spidey in this game. Spider-Man is an amazing accomplishment that comes as the result the incredible foresight of giving reins to one of comics’ most beloved franchises to a development team that’s been dabbling with exciting and quick paced games for decades, and the result is one of the most fun and enjoyable superhero games that you’re likely to play. As a fan of the character ever since I was a little kid, I’m positively ecstatic after playing through this game, and I can’t help but be incredibly excited to see what’s next for Spider-Man now that it’s in capable hands.