If there’s one thing to be said about the original Life is Strange is that it slowly built up the stakes as the season developed. You didn’t know just how bad things would get, and outside of quick flashes in early episodes to what potently would happen later on, the twists and turns were surprisingly well hidden. After all, Max Caulfield was just a normal student before being forced to go through the motions of discovering the power to rewind time, and obviously, having to deal with a predatorial presence that would otherwise go unnoticed if she hadn’t intervened by making use said powers.

Life is Strange 2 takes a different approach. Although you start out in pretty much the same mold as the first, playing it through the eyes of a teenager whose only worries are whether or not he’ll get to hook up with the girl he has a crush on at a party later in the day. Things get hectic right away when after an altercation with their rowdy neighbor, their father ends up being killed, thus causing the awakening of his young brother’s destructive abilities. That quickly escalates matters, unwittingly causing the death of a cop. It forces Sean Crúz, the teen, and his brother Daniel to embark on a road trip as they make their escape to Mexico and down to their father’s hometown. And even though this time around the character you control isn’t the one with special abilities, those don’t work as the hinge that holds progression together, at least in this first episode.

The big thing that’s being touted as a feature in this second season is the relationship between brothers, and how your actions as big brother influence the other’s development as his role model, through the decisions you take, like whether or not you lie to him, play with or even treat other people, as well as the things you say at particular spots during the game. Since this is the initial point of the season, there’s still no telling if the payoff in regards to your actions actually changing his behavior significantly, but the prompts are definitely there, and some of them are really gut-wrenching.

As for character development, which was one of the best things going for the original Life is Strange, so much so that it warranted a sub series that explored the past of one of its characters, Life is Strange 2’s top notch so far. Episode one makes an excellent job introducing both of the protagonists, and even though it’s only the first part of the story, there’s enough interaction between the two, as well as with them and other characters you meet throughout the episode. Sean starts out as a slightly (but understandably so, given that he’s a teen) conceited kid with a really relaxed relationship with his dad, who fights a lot with his kid brother, even though they get along well enough not to make the whole premise of the game feel forced. The real star of this episode, though, is Daniel, who turns out to be an extremely sweet kid that is anything but annoying, whose innocence is put to the test by the events that thrust the duo into the journey that will play out all through the season. 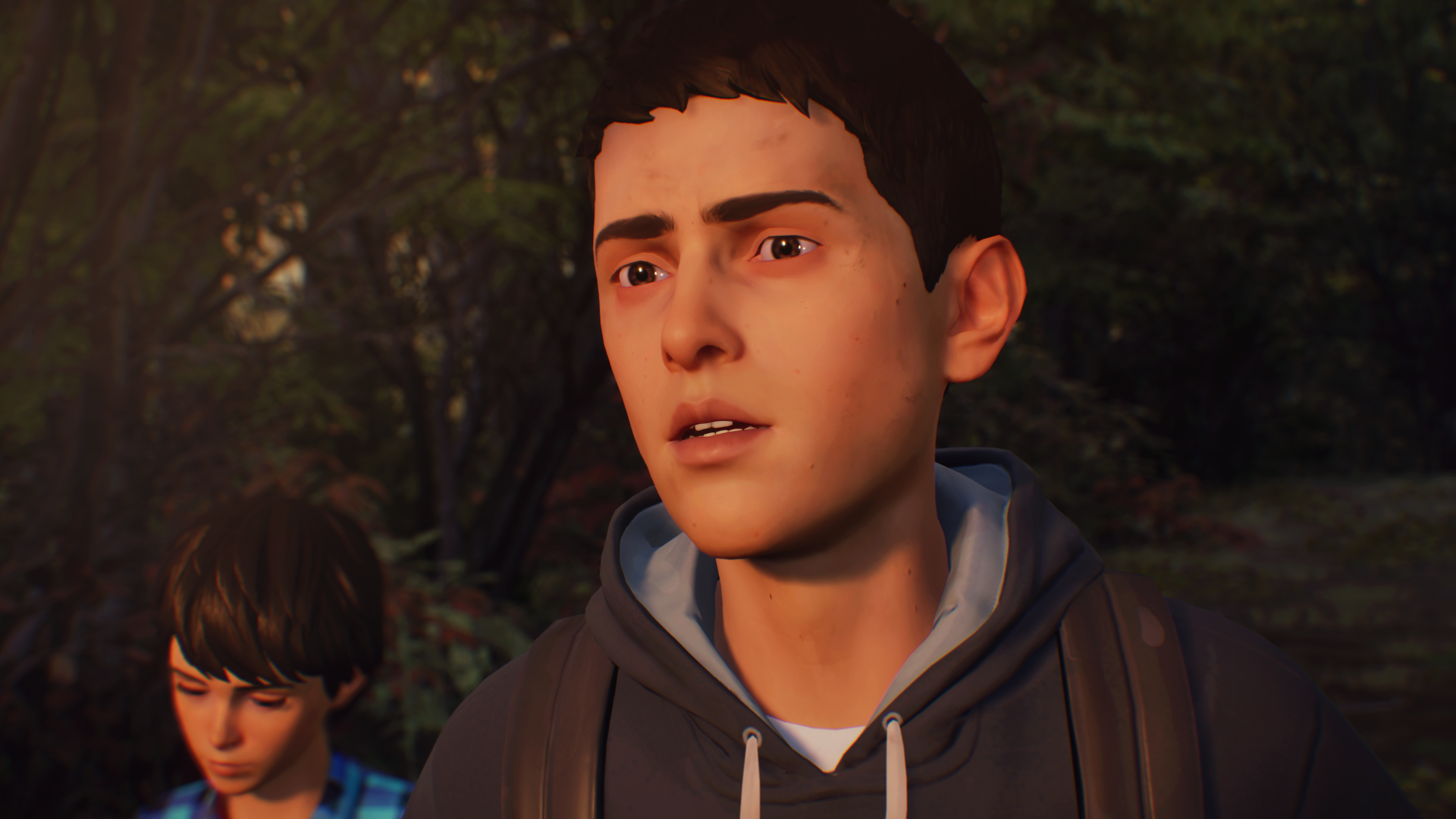 Hot button issues that are currently going on in the U.S make up for a lot of the drama that goes on in this episode, especially the immigration policies, with mentions of ICE and the wall meant to be built in order to keep Mexican immigrants from entering the country. Touching upon these issues make Life is Strange 2 feel quite current and up to date, as well as provide a touch of realism that’s rarely seen in games — it goes beyond merely mentioning of racism, but actually playing it into one of this episode’s tensest moments. After all, it doesn’t help that both of them are fugitives from justice.

I’m extremely curious to see where Life is Strange 2 is going. I had a blast playing through the original after all the episodes were already out, so I’m hopeful that the release schedule will sprinkle new episodes often enough not to keep me in suspense for too long. Although Episode One: ‘Roads’ manages to close out a pretty traumatic story arc for the two brothers, it leaves enough hooks to keep me pinning for what’s to come in the remainder of the season. After the disappointing experience I ultimately had with Vampyr, it’s nice to see DONTNOD get back to what they’re really good at without having to worry about dealing with combat or other aspects of gameplay design where they tend to stumble.