One of the lesser talked themes going on at this year’s E3 was making old games look like you remember them when releasing remasters. That was a point that was approached by the devs behind the Destroy All Humans! remaster, and it’s also something that Kalypso indirectly touched upon during my time checking out the Commandos 2 HD, which is bringing back one of my favorite games ever to PC, Xbox One, PlayStation 4, and Switch, alongside mobile devices.

Commandos 2: Men of Courage was originally developed by Spain based Pyro Studios, and it quickly became one of my favorite games ever. Sadly, it’s quite old now and it’s really difficult to make the damn thing run on my modern PC. So just for the fact that I’ll be able to play it without fiddling with weird unofficial patches is reason enough to get really excited about the idea of getting this re-release. And then again, making the thing look better is also great, since it was pretty much one of the first games of its kind to use polygonal characters… so it hasn’t aged quite well in that regard.

The whole visual overhaul was demonstrated in a video during my appointment with Kalypso last week, and while I would have preferred to see the game running in real-time, the video did a decent job delivering the main points of this remaster package: basically bumping up the low definition background textures and reworking the extremely low poly character models up to something that looks decent from afar. The demonstration comparison didn’t make much of an impact, but then again, these models are supposed to be seen from very far away due to the camera angle you play the game with, so I can excuse them not looking incredible up close. The backgrounds, however, are set to look pretty great, if the demo screenshots are any indication. 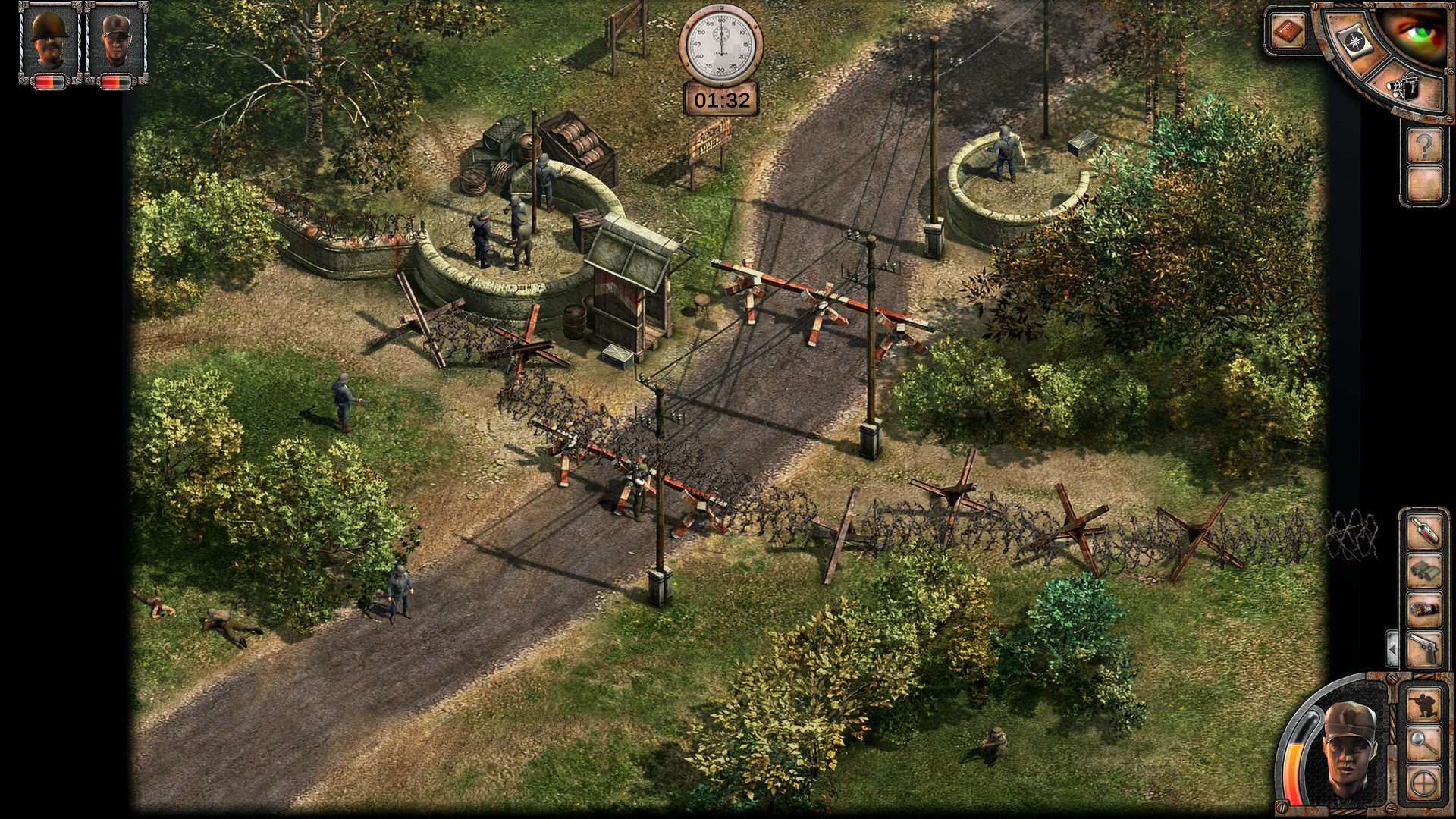 Gameplay wise, very little of the game is seeing any revision. There’s going to be a revised tutorial and the interface will be updated in order to conform to modern systems’ scales, so most of it is being redrawn from the ground up so they’re clear and as informative as possible. One of the main reasons Commandos 2 was so incredible back in the day was the way the game treated dealing with multiple characters at once, and if the icons and buttons aren’t crystal clear about their use, I can’t imagine jumping back into this game and beating it again.

Surely enough, I bugged Kalypso about the possibility of giving Commandos 3: Destination Berlin such a makeover, and according to them, it all depends on how well this remaster does. Commandos 3 has some issues in regards to difficulty scaling and the absurd amount of micromanagement towards the late game missions, so I’m keeping my fingers crossed that I’ll finally be able to finish that one if it ever gets such a remaster.

As for Commandos 2, the HD version is set to come out sometime late this year, along with a remaster of Pyro Studios’ other strategy hit Praetorian.