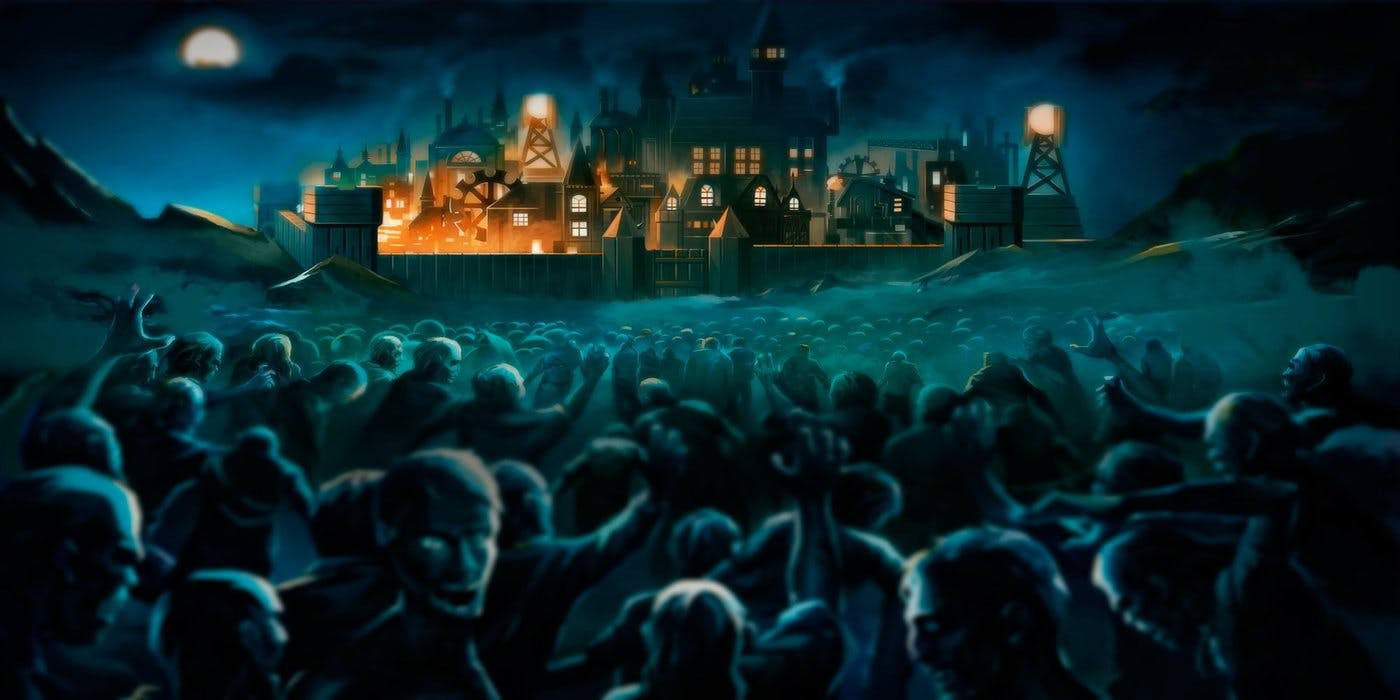 It's hard to be invested in what They Are Billions had to offer due to its unfriendly approach to newcomers and brutal difficulty.

Once upon a time, real-time strategy games had held dominance over the gaming marketplace, but even then they were never quite my niche. From Starcraft to Command & Conquer, I just could not get into them, despite me putting my best foot forward on them. Sometimes it was because I didn’t really have enough time for them. Other times, I just wasn’t invested in their stories. Numantian Games’ They Are Billions is really not much of an exception.

The biggest problem that I have with They Are Billions is that is seemingly hostile to people who may not have a ton of experience with the RTS genre. Between the game’s permadeath feature and difficulty, it is a much more taxing tower defense title that I just didn’t have too much patience for. The difficulty setting you’re playing with is determined by the amount of days you’ve got until the undead hordes begin to show up, or how much of the nearby population in your settlement has already been infected. It works from your standard top-down view of the player’s settlement that all RTS games have. Your settlement, which is randomly generated at the start of every game, is what you’ll have to spend time protecting from the army of zombies. As you can imagine, you’re going to need a lot more than just couple of sandwiches to feign them off and their unrelenting hunger.

They Are Billions’ difficulty, however, stems from the lack of tutorials. If you want to win a round, then you are just going to have figure things out on your own which is perfectly in line with the survival theme that the game has going for it. However, if you’re new to RTS games and playing on a lower difficulty I would think that Numantian would want to ease up and hold our hands for a bit. That isn’t the case. With this in mind it isn’t hard to figure out that I got lost and a bit frustrated for the first few rounds of this experience. For example, when you hover over a certain building or person, the game will provide you with information about them, but it isn’t a lot to go off of to formulate a genuine strategy to survive.

When you start a round, you’ll start off with a few rangers. The rangers are the main element of your forces as you defend the settlement against the hordes, but they can also scout out the area so that you can increase your settlement’s land area. Now because the game is randomly generated, the maps you play on will never be the same as the previous round you played on. The best strategy I developed as I slowly acclimated to the game’s mechanics was to explore every map before I sink myself into the thick of the action. If your settlement spawns near a village of doom, you have two options available to you. Either you tough it or quit and play another round where hopefully you won’t have to deal with it. In my case, I just quit because it was far too overbearing and there wasn’t much a reward for me to engage anymore threats than I need to while working on a system that again, is not friendly to casuals or newcomers like myself.

The first step to building your settlement in They Are Billions is to prop up a couple of tents for your workers. As you do this you’ll be able to start bringing in some cash, which can be spent on upgrades. It’s obviously important to set up a clear perimeter between you and the zombies. This way your rangers and scouts can take out the dozen or so zombies that may slip past your defenses. As previously stated, you can send your rangers further out, which will be helpful for you if you’re trying to figure out what resources you’ll have access to immediately. That should be your third step before proceeding to do anything else. The more you find out about the game’s parameters yourself, the better, since it won’t tell you anything anyways. If you manage to survive the first wave, you are going to want to expand your settlement and dispose of the zombies you just killed so you can widen up your defensive capabilities. As you survive each wave this is going to be paramount, but also repetitive.

The thing that I can appreciate about They Are Billions though is its sense of urgency and interesting in forcing players to think. This feature would be better if Numantian helped acclimate players to the RTS formula before really hitting us with it. The hordes are always on the move, and they could attack at any moment so you’ve got to be pretty fast in building your defense. Each new game is guaranteed to be different from the last, so you’ll have to change up your tactics all the time and it can be interesting to see what new methods you’ll develop to survive on every map.

You’ll be having internal arguments about where to place your settlement. Throughout my playthrough I kept thinking for one map I should maybe place things closer to the forest so I can gather more wood. If I did though there was a risk that I’d be closer to things like zombie infested buildings, which I obviously wouldn’t be ready to take care of yet. They’d just tear through my settlement like nothing. That was a mistake I was pretty quick to make in the first few rounds. Even where you decide to place your structures will require some serious consideration and shouldn’t be something you just do. You’ll want to consider if you have enough space for everything else too besides things like more tents. More importantly though, you’ll need to keep your head on a swivel for every corner of the map. Why? Because even one stray zombie slipping past your defenses could turn the game in the favor of the undead, instead of yours.

If you are a console gamer like myself, I don’t think I can really recommend this game. Yes, you can play this on the PlayStation 4 like I did, but you can definitely tell that like most RTS games, this was designed with a keyboard and mouse in mind. You can easily miss so much because the scrolling is far too fast. You’ll be spending a lot of time trying to focus your screen on whatever thing you were trying to do which is objectively a chore for any console gamer while trying to contend with an ongoing horde of zombies coming for you. Every second will matter if you want to win.

In terms of visuals, They Are Billions is one of the few games that I can say is visually bland, which makes it disappointing. It has its own unique style, but the tedium of the gameplay doesn’t really let you enjoy it. One of the things I look for in a great game is not just great mechanics, but the ability to enjoy the scenes too. This never had that. As steampunk fanboy it is unfortunate that the game’s top-down perspective won’t really let you get a better look at the steampunk feel of its structures or the characters. This is even more problematic when if you’re on console there’s too many things going on in the heat of the gameplay. There’s just far too many moving parts, some of which work and some that don’t. Thankfully, the game does at least allow you to pause mid-game so you can collect your thoughts and revise your strategy, if it isn’t working. Not that this will do you much good since you’ll still have to deal with the rapid toggling and not being able to zoom in on certain units.

Due to its hostile difficulty and incompatibility with consoles, I cannot really see myself recommending Numantian Games’ They Are Billions to anyone, except maybe PC gamers. It is a game geared more towards veteran RTS players than casuals or newcomers who have never really engaged in the genre. I am sure it is a lot of fun for the hardcore players and I wish I had fun with it, but unfortunately I did not. It is just not for me and probably not for a decent chunk of people unless they can force themselves to say “one more round” after every loss.