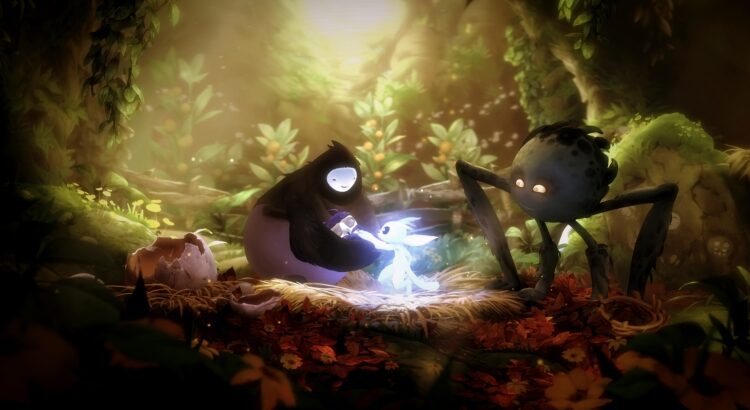 Sequels always face a challenge: how much do they change from their predecessor? Take the iterative approach and make only small, incremental changes, or take the more drastic approach and try something new? It’s a difficult task. In the case of Ori and the Will of the Wisps, Moon Studios took the more conservative approach: deliver more of the same while building on it in some key areas.

What I mean by that is Will of the Wisps is very much just more Ori. While it does make some welcome additions and is definitely a better game than its predecessor, it’s very similar to the last game in a lot of ways. And that’s not a bad thing! Ori and the Blind Forest had a very strong foundation to build from and more of that is fine by me. But it’s striking just how similar it feels in some ways.

For instance: The story is very much a rehash of the original, more or less. Will of the Wisps picks up some time after the first game and sees Ori and their new owl friend Ku exploring a new land. Much like their home was in the last game, however, this place has fallen into disrepair, the light having vanished from here long ago, the corruptive force of darkness taking its place. Thus, it’s on Ori to restore the light and save the land from destruction.

The story beats are largely the same – Ori needs to bring back the light by gathering the fragments of the spirit tree that have been scattered across the farthest reaches of the land and save the day – which makes it a bit difficult to get completely invested in the plot despite it definitely doing a better job of telling a story than its predecessor did because… well, you’ve seen it before. That’s not to say it’s bad – it’s still good at tugging at the heartstrings whenever tragedy strikes (and it happens a fair bit) and the addition of proper characters to interact with are a welcome addition. The core plot is just very familiar.

That sense of familiarity is strongest in the environment itself. The new locale doesn’t feel too different from the setting of the last game overall. While most of them are new, there are a few areas that feel like those from the last game. The aquatic, coral-themed zone similar to that of one of the new areas added in the Definitive Edition of Ori and the Blind Forest. Likewise, the snowy mountains feel close to those from the last game. These similarities only exist on a surface level, granted, but it contributes to the feeling that Will of the Wisps perhaps hews a little too close to its predecessor.

That there are actual characters you can find out in the world and talk to is a nice addition, though. Having people to talk with to learn about the world instead of being given exposition on occasion makes a difference. It helps the game’s storytelling efforts a fair bit, as you can actually see and feel what the stakes are and how the land’s inhabitants are affected by them as opposed to merely being told about them. Helping people with small tasks – retrieving lost mementos, investigating rumors, or helping grow a garden – serve as nice distractions while also fleshing out the world and its characters. Some of these side-stories are surprisingly affecting too.

The world itself and how you move through it is largely the same as in the last game. While a metroidvania it may be, it leans more on the linear side of things. Progression is steady but guided. You can explore a fair bit right from the start, but abilities are gated such that you can’t get very far until the game decides to let you. You aren’t moving back and forth across the map to access new areas so much as you are backtracking to collect a few previously unreachable items and upgrades. That said, Will of the Wisps is definitely more open ended. Where Ori and the Blind Forest was very insistent on making you tackle its world in a very particular order, Will of the Wisps, at a certain point, lets you tackle each of its major objectives in whatever order you so choose. This has the effect of making the majority of its world almost immediately accessible, thus allowing you more room to move off the main path and poke around. That’s in part achieved by not locking most of your crucial movement abilities behind those objectives, effectively allowing you to have most of Ori’s range of abilities available early on.

Movement was always something Ori excelled at, the chase sequences being a particularly great demonstration of that. Will of the Wisps expands on that by giving Ori more means of traversal, such as a grappling hook and the ability to burrow through sand. All of Ori’s old abilities are back as well, although in true Metroid fashion, you have to relearn them. With everything unlocked, you can effectively zoom through entire areas without ever touching the ground (or almost, anyway). It feels great and makes the frequent backtracking constantly enjoyable. While the chase sequences are still the best demonstration of how good movement feels – the way everything just flows seamlessly, letting you move forward with no friction while pulling off a ton of cool looking maneuvers – the new time trials are similarly great for that purpose. They’re unfortunately few in number, however, wish is a shame because they’re consistently some of the most fun parts of the game.

Where combat in the last game was merely a case of mashing the attack button while being in close proximity to enemies, now it’s a lot more varied. Ori has a wide range of attacks at his disposal. For starters, Ori has a sword now. And a bow. And a hammer, a spear, fireballs, and more. Individually they’re nothing too exciting, but when used in concert, they greatly illustrate the newfound depth of the combat. The combo potential is limited, but fun and provides a fair amount of room to chain attacks together in some fun ways.

For instance: lob a spear toward the enemy then fire off some arrows as they approach, then immediately switch to slashing them to shreds, followed by a swing of the hammer to finish them off. Eventually, once you gain more movement abilities, you can use them in combat as well to further add more flavor to your combos. By the end I was regularly jumping from my opening volley of slashes or explosives (the spear or fireball were my usual go-to in those cases) to dashing away to put some space between myself and my target, only to grapple onto them, slash them some more, then bash them to get away (or send them flying if they’re small) followed by some arrows to finish them off.

Combat usually isn’t usually much of a draw in a lot of Metroidvania-style games. For every exception like Hollow Knight, there are plenty where the raw mechanics of combat are plain and kinda boring; something to put up with rather than excitedly engage in. Ori and the Will of the Wisps makes it a joy to partake in. It’s still pretty simple on the whole, but the things you can do make it feel so much better and satisfying than it ever was in the last game.

For as familiar as Ori and the Will of the Wisps feels on the whole, it’s ultimately a better game. Everything just feels better. Combat is more involved and engaging, traversal feels smoother and even more stylish, and the game itself is somehow even more beautiful than its predecessor. It’s very much the definition of an iterative sequel, albeit one that edges close to feeling like a retread at times, but one that’s still very much worthwhile.