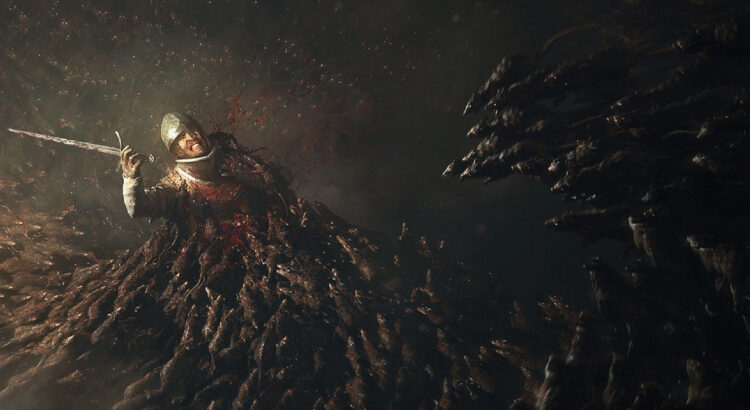 It’s impressive to see just how far French developer Asobo Studio has come in such a relatively short amount of time. And it’s for a good reason; they’re an amazing team that created one of the most gripping videogames in quite a while with the original A Plague Tale: Innocence in 2019.

That game spent years in development, and I feel like I was part of the process seeing how many times I got to sit in presentations about it at various E3s prior to its release. When it eventually came out, it blew people away. It was atmospheric, emotional, and truly, truly gross. And it was one of my top games of that year.

Now, just about three years later, we get to play its sequel, A Plague Tale: Requiem. Having survived the traumatic events of its predecessor, the de Rune siblings make their way across 14th century France in the hope of finding a cure to the Macula, the cause of little Hugo’s mysterious powers over the plague-spreading rats that destroyed their hometown.

It’s an even more dangerous journey than ever, seeing that somehow the rodents are even more aggressive than before, and well, seeing this is a sequel, the stakes are ever so larger now. That’s because Hugo is approaching an irreversible, potentially lethal stage of his illness. But that won’t stop his sister Amicia, especially after she hears of a mythical haven somewhere out in the Mediterranean that might hold a key to curing her brother once and for all.

Along the way throughout its surprisingly lengthy campaign, you’ll find that A Plague Tale: Requiem plays a lot like Innocence, with a few neat twists. For instance, Amicia can now craft tar and a couple of other new additives to her sling weapon that allow her to manipulate fire in order to indirectly guide rats and get rid of obstacles in their way. There’s also a pretty cool fire whip effect that can save you when overwhelmed by the rats, however, it requires some very hard to come by materials. With those, there are many more possibilities when it comes to planning out your approach to levels, and dealing with threats such as the many guards and bandits just waiting for a chance to slice you open. After all, you are a witch in their eyes with your alchemy.

And you’ll definitely want to stay out of their way as much as possible since Amicia isn’t much of a brute fighter. Although she’s quite deadly to enemies that aren’t wearing helmets right from the beginning thanks to her deadly accuracy with the sling, it’s a slow weapon, so going all Rambo and trying to take out every single goon is a guaranteed death sentence. You can pick up knives, but, similarly to The Last of Us, they are especially rare and serve the dual purpose of serving as weapons when in a bind, and the means to unlocking hidden caches that hold vital upgrade materials to your equipment.

Instead, Requiem rewards you for starting and mixing up your approach by offering a skill system that unlocks new moves the more you use a particular style of play in any given section of the game. Say that you’re quiet as a mouse and don’t alert anyone on your way from one point to another, that raises that specific portion of your skill bar, eventually opening up new avenues for being sneaky.

The same goes for crafting alchemy items from junk littered in the world and being precise during combat, all of which can contribute to their own trees, and to tailoring Amicia to your style of play. With the ability to start a new game+ of sorts and keep leveling up, it’s quite possible to build the ultimate character by maxing out all of her skills, but in your initial run, you’ll find that A Plague Tale: Requiem rewards you for playing the game smartly, and once you know your way around it and go for a second run, all bets are off.

You’re likely to want to have a second go at it, too, as there are many alternative paths throughout it. Easy to miss collectibles and side content are present in a lot of Requiem’s vast, beautiful levels, and you’ll want to see them in order to get the most out of the world that Asobo has crafted as it’s quite lush and lovingly detailed.

In fact, you’ll also want to stop and breathe in that world as every now and then, because the game loves throwing in a drop dead gorgeous vista for you to soak in after particularly tense sections of gameplay. For a place *this* close to being wiped out by the deadliest plague that humanity’s ever seen, it’s an equally breathtaking one that A Plague Tale: Requiem makes no qualms about driving home just how good it looks.

For all the gushing about its presentation, there’s much to also go on about its performance on PlayStation 5 as well, the system I played the game on for review. Given the sheer amount of entities Requiem works with in the form of bundles formed by thousands, if not millions, of rats, the fact that this is a 30 fps game is understandable. On the other hand, there are hitches and quick pauses that hinder the smoothness of play in parts of A Plague Tale: Requiem where the mice aren’t present, including the intro movies when first booting it up.

Now, this might be just a nitpick on my part, but I have a slight issue with how dialogue is written in this game. Considering that Requiem takes place in France, it’s only natural that some of the phrasal construction might come off a bit stiff when brought over to English; then again, it takes place over 600 hundred years ago and characters sound a little too modern when talking. It doesn’t get quite on the level of a Pirates of the Caribbean, with people saying “OK” when that expression has no place whatsoever, but having the protagonists go on about “pulling something off” certainly rubbed me the wrong way.

Gameplay-wise, there are also some small issues to take into account. There’s a fair amount of trial and error due to the stealth action nature of A Plague Tale: Requiem, and you might find yourself replaying some portions of it repeatedly due to some arbitrary spikes in difficulty brought in by uneven checkpointing and enemy A.I. And with repeated attempts comes the same lines of dialogue spoken over and over again. These were also a problem in the first Plague Tale, and the fact that it’s also present here is slightly disappointing.

Otherwise, A Plague Tale: Requiem is an absolute spectacle of a game. And it’s in almost every way a superior game to Innocence. It can be downright disgusting at times, but in the best of ways. Seeing the loving relationship that the de Runes share and the struggles that they endure during their journey, elements that were already so well developed the first time around and are just as good if not even better this time around help elevate Requiem to a level of its own among similar story-driven games. You won’t want to miss this.