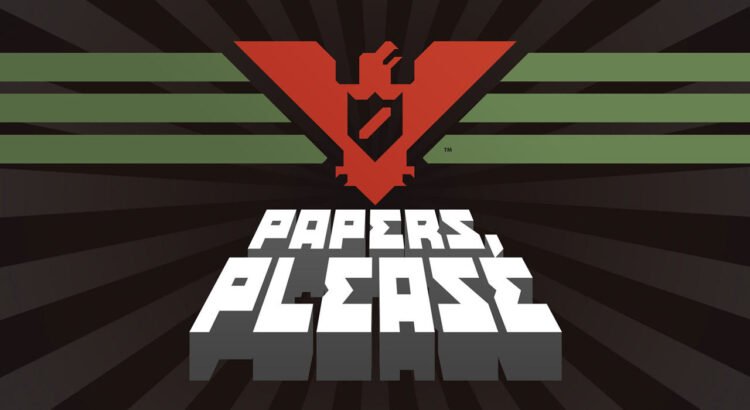 The term “Eastern Bloc” has picked up various connotations in the past century. It immediately conjures thoughts of various former Communist countries that were once under the sway of the Soviet Union. Countries that are cold and damp, with massive concrete apartment blocks and various statues of Lenin dotted about the place. Places where the Secret Police watch your every move and where, if you dare to speak out, you are spirited away to “re-education camps” or worse. Thankfully, since the collapse of the USSR in 1991 the Eastern Bloc has been liberated and these countries have mostly emerged from the shackles of their repressive regimes.

The idea of the Eastern Bloc, however, lives on in the popular consciousness and it is an enigmatic idea of political intrigue, international border disputes and underhand espionage. Papers, Please aims to capture just a fraction of this atmosphere by casting you in the unlikely part of an immigration officer, forced by bureaucracy and coercion to carry out the ever-increasingly complicated demands of your authoritarian government. Papers, Please might not be a particularly “fun” game to play, but it creates an indelible atmosphere and gives the player an experience unlike any other.

Papers, Please places you in the role of an immigration inspector for the fictional Eastern European country of Arstotzka. The six-year war with neighbouring Kolechia is over and the border between East and West Grestin has been opened. As the sole inspector manning the East Grestin Checkpoint, it is your responsibility to check passports, identity cards, work permits, and other paperwork for incoming persons, to verify they have authorization to enter Arstotzka. Those with inadequate documentation or expired passports must be denied, whilst people carrying fake ID cards or work permits can be “detained” and presumably cross-examined by Arstotzkan police. The game spans a month in late 1982 where the days are constantly grey and hopeless.

The queue to enter Arstotzka is seemingly endless and it is impossible to process all incoming visitors each day. In order to provide for your family, you must accurately process as many applicants as possible within the allotted time. Messing up by either allowing entry to someone who should be denied or denying someone who is fine will earn you citations, which at first are warnings but which will subsequently start to dock you pay.

The story of Papers, Please isn’t the most detailed or defined, but it is frequently peppered with beautiful little vignettes showcasing the hard life of citizens living around Arstotzka. A woman may beg you entry to see her son despite the fact that her passport is invalid, or a terrorist attack may draw an abrupt close to the daily routine. Each day is different, with a unique cast of characters many of whom are randomly generated.

The challenge in Papers, Please comes from a combination of managing the mountain of paperwork required to sift through in order to process someone, alongside keeping up with the Kafkaesque bureaucracy of the Arstotzkan Ministry of Admissions. Most days the Ministry changes the rules for allowing people into the country, either meaning people require new paperwork or certain nationalities are no longer permitted. One day you may need to reject all citizens from Kolechia, another day people will suddenly need Entry Permits instead of Entry Tickets, and later on you even start confiscating passports. The constantly changing rule set keeps you on your toes and means that you have to stay alert if you want to process citizens accurately and efficiently.

If the game were just a case of checking paperwork with zero context, it would get very tedious quickly. Papers, Please, however, sidesteps this problem by making sure that during each day you will interact with a number of interesting characters, who will influence the flow of the story and provide an emotional reason to continue. Several times you will receive a visit from an Arstotzkan Ministry official who will check and comment on your progress, usually negatively. A secret society called EZIC is bent on taking down the government and it’s up to you whether you help or hinder their plans. There are also some funny interactions, most notably a clueless immigrant called Jorji who several times attempts to enter with clearly falsified paperwork.

Once you’ve played several in-game days of Papers, Please, you establish a kind of routine to checking papers, similar to how I’m sure actual immigration officers work. I felt the process sinking into me gradually until I had it down almost to a fine art; check the passport is valid and the person looks like who they say they are, check their ID supplement, weight, height and description, check their entry permit is valid, stamped and the code matches the one in the passport. If all is ok, stamp for approval, otherwise interrogate and deny.

Every time you notice a discrepancy on a passport a little thrill will pass through you, because it means you get to interrogate the applicant and learn a little of their story. Sometimes the game tries to trick you; a person might be heavier than their ID card says they should be, so they’ll be scanned using TSA-style full body scanners, but it turns out they aren’t carrying any contraband so they’re clear to go. If you had denied their Visa immediately upon spotting their weight was wrong, you would have been issued a citation for failing to investigate thoroughly. But having to go through the rigmarole of scanning them or having them fingerprinted to check their identification wastes valuable time when you could be processing more people, so it’s a constant battle between thoroughness and speed.

Papers, Please manages to subtly raise a number of very mature themes, but it never feels heavy-handed. The whole issue of privacy is challenged through the nude-photograph body scanners, as several times you will ask applicants their gender only to check it yourself using the scanner. The constant tit-for-tat escalation in hostilities between Arstotzka and its neighbours mirrors many contemporary on-going border disputes, most recently the problems in Gibraltar. The people you encounter are of course the highlight of the game, who through a single sentence can immediately paint the starkest of pictures. The most moving example of this is a border guard “friend” of yours who asks you to let through his childhood sweetheart. She has woefully inadequate documentation, but if you approve her and get the citation you will see them run and embrace each other. You can’t pause for thought while you watch this however, since you’re already processing the next visitor.

Papers, Please might not be graphically advanced, but the old-fashioned, blocky style mimics the decidedly old-fashioned nature of Arstotzka. The subtle sound effects of shuffling papers, the dot-matrix citation printer and the passport stamps are perfect, as is the quiet breathing coming from the current applicant whenever someone is in the checkpoint. This contrasts drastically with the ominous, Soviet-esque marching music that plays between levels which is presumably the Arstotzkan National Anthem. It all helps to emphasise that at the end of the day these are just desperate people doing desperate things. Indeed, many times it will be a matter of life or death whether their visa is approved or not.

When it comes down to it, Papers, Please is one of the best games to have addressed the omnipresence of bureaucracy since the Douglas Adams text-adventure in 1987. For a game where you’re mostly doing busywork, it presents a remarkably engaging and remarkably detailed portrayal of life on the other side of the Iron Curtain.