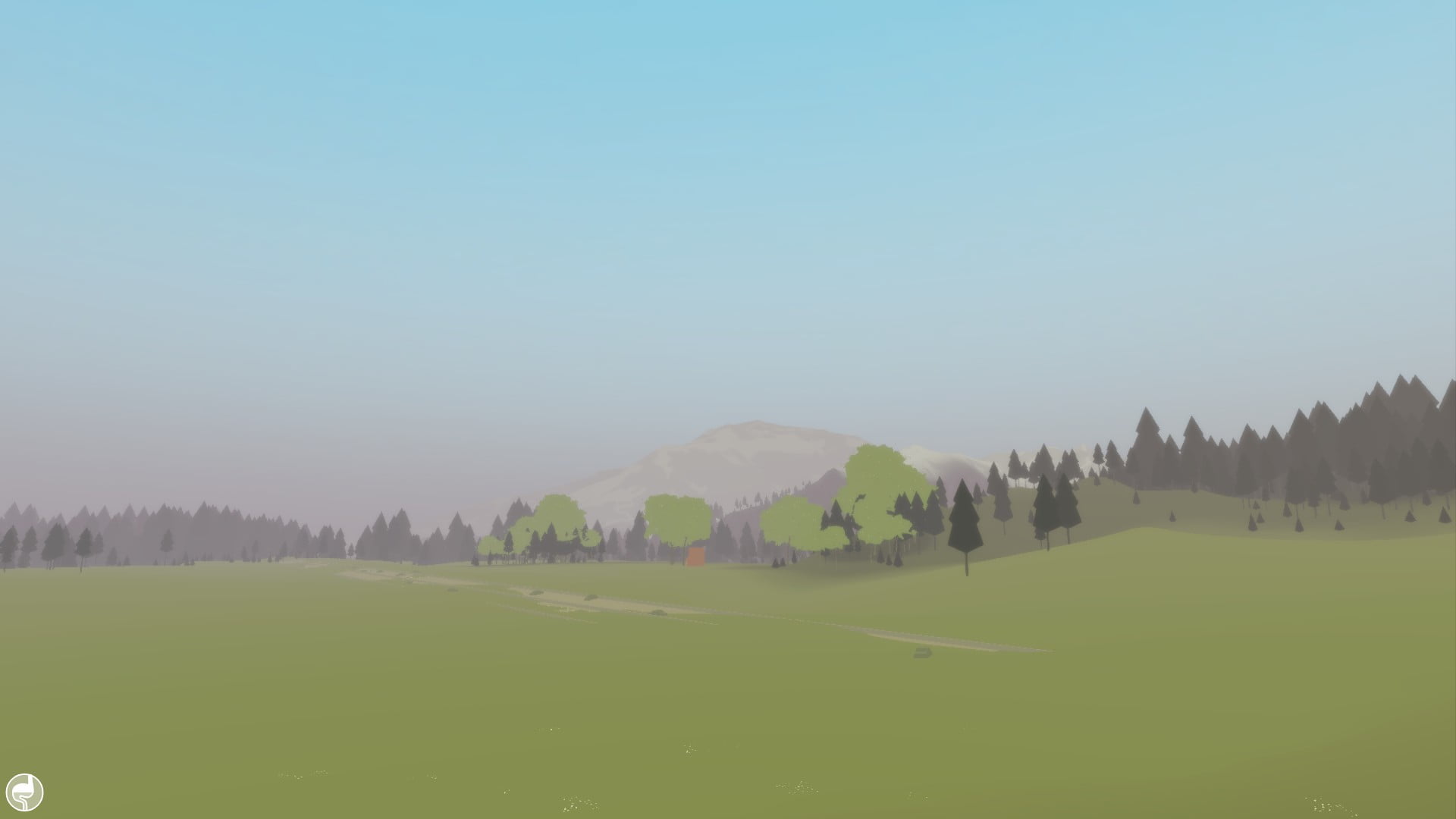 In 1920, American poet Sara Teasdale wrote a 12-line poem called “There Will Come Soft Rains.” It imagines a world where humanity is extinct, but the world benignly continues on without us. Years later, her poem inspired science fiction writer Ray Bradbury to write a short story of the same name, imagining an automated house that falls apart when the owners do not return due to a nuclear war.

The idea of the apocalypse has long been popular in video games, from Wasteland to Fallout, Left 4 Dead to Dead Rising. No game has really examined the world after the apocalypse, however, when everyone has died and there is literally no one left. What would that world look like? This is the question that Eidolon sets out to examine, in its unique open-world wandering tale. While the game is not for everyone’s tastes, those who are willing to trek for miles across the forested wastes will find a thoughtful, introspective experience unlike any other.

Eidolon is set approximately 400 years in the future, in the tranquillity of a post-human Washington State. Civilization by this point is long gone, and all that remains are the ruins of humanity scattered across a vast wilderness that nature has reclaimed. Without any idea of what has happened or indeed where you are, you’re dropped unceremoniously into this world with zero explanation and simply allowed to roam free. Whilst there is no actual main story to Eidolon, the game contains numerous notes, pages, diary entries, newspaper cuttings, and scraps of paper which you find whilst traversing the enormous landscape. These notes are authored by a wide cast of characters, from a child cult inductee to an ambulance driver, and each one gradually helps to fill in the story of how the world collapsed whilst fleshing out the lives of the characters themselves. The developers say there are approximately 150 notes scattered across the enormous world, with the possibility of adding more in the future.

The world of Eidolon is almost unreal in size. With a map taking up most of northwest Washington State, it will take you several real hours to walk from one side of the landscape to the other. There is an accelerated day and night cycle, as well as a number of light survival mechanics. Your character needs to eat in order to survive, and to this end you will be foraging for mushrooms and blackberries while fishing in rivers and cooking the results on campfires. When you manage to find a bow and arrow you can also try to take pot-shots at the occasional deer, but they are a rare sight indeed. You also get tired after a day of non-stop walking through the forest, and need to sleep in order to regain your energy.

Survival is most of the time pretty easy, and should not be construed to be the main draw here. Indeed, if you do succumb to hunger, injury by falling off mountains, or die of hypothermia trying to swim across a lake, you respawn at one of several healing swamps, with your inventory intact, so death is less of a fear but more a minor inconvenience. The map system is similarly unique, with each piece of the map being a note you must pick up which might either be an official US road map or merely a hand-drawn approximation. The map never shows you were you are; you must infer your location based on your surroundings and can work out your heading using your compass. This light orienteering element is also very engaging, as not only are you discovering what happened to society, you’re also gradually working out where you actually are in relation to old sights of interest like Lake Sammamish or the city of Seattle.

The main strength of Eidolon is the endless joy of exploration. Considering the immense size of the map and how each note you pick up is unique, it leads to a continuous train of wanting to chase the next note across the horizon (by following a handy crow in the sky), or scaling a hill to examine the vista beyond, marvelling at the crumbling skyscrapers of Bellevue stark against the night sky. Graphically Eidolon is not particularly detailed, but it doesn’t need to be. With a style similar in theme to Proteus, it creates an environment which is bleak, wild, endless, and uncaring. Mirroring real-life Washington’s climate, the mornings are usually foggy, with the weather improving into the afternoon, usually peppered with frequent rain showers. The trees are blocky conifers, proud and resolute, with ferns and tufts of grass interspersed on the ground. What remnants of human construction that still exist are partially buried and collapsed, only hinting at their original purpose. You may occasionally come across an old freeway, littered with car-shaped husks and piles of bones. At night, the incredibly starry sky, no longer hidden by light-pollution, shows the vast expanses of the heavens unfolding above. Eidolon is a gorgeous game to simply look and at marvel over, and it is a credit that it achieves such an excellent aesthetic using such minimal graphics.

It also cannot be understated that the music is downright incredible. The folk/indie rock tunes are mournful and melancholic, the gentle finger-plucked guitar and ethereal sound evoking a timeless quality. There is no better accompaniment to walking through a dark forest, surveying the ruins of our great civilization. More than anything, the music reinforces the acute sense of loneliness that pervades every iota of Eidolon. Reading all of the notes, realizing that all of the characters contained within are (in-universe) long dead, each time brings back a reminder of our transient existence. Eidolon’s world is one in which humanity ultimately failed; when the disaster came, there was no redemption or escape for them. Nonetheless, the world survived, nature prospered, and ultimately life continued. Although it is never stated who your character is, you are able to write an in-game diary using the journal in your possession, and it’s up to your discretion whether you want to write about your travels, note interesting sights, or ignore it entirely.

Eidolon is different. There have been other “walk-‘em-ups,” as I’ve dubbed them, like Dear Esther or Gone Home, but Eidolon is on a different scale, telling the story of a culture rather than a couple or a family. Those who suffer from short attention spans may become infuriated at the slow speed of travel across the land, or frustrated at the general lack of direction or purpose in the game. However, Eidolon is like life; its purpose is what you will make of it. We’re only alive for a limited time, and for goodness sake we should make the most of it while we can. If you come to Eidolon with an open mind, it will give a lot in return.

“Not one would mind, neither bird nor tree,
If mankind perished utterly;

And Spring herself, when she woke at dawn,
Would scarcely know that we were gone.”