Capcom in conjunction with Warner Bros, the distributor of their games in Brazil, brought Devil May Cry V over to Brazil Game Show, which started yesterday in São Paulo. I was able to play the game for about 20 minutes, and after not caring much about it at all since its announcement at this year’s E3, I have pretty much 180ed just from playing that demo. Devil May Cry V not only plays fantastically, it feels and looks great. It also helps that it’s bat shit bananas. I mean, what other game allows you to both fire your character’s prosthetic arm AND let you ride it around like a rocket skateboard? I tell you, very few, if at all, until Devil May Cry V comes out in March.

Admittedly, I’m a little out of the game when it comes to Devil May Cry. After having a blast playing through the original on PlayStation, I fell off the series for a while, only chipping away a bit of Devil May Cry 3 and the 2013 reboot, my only real contact with Dante and crew was through casual bouts in Ultimate Marvel vs. Capcom 3 and costuming my character with his gear in Monster Hunter: World. Still, I managed to feel quite at home picking up from where the BGS demo started, which according to the rep helping me set things up, takes place around the first few hours of the campaign. According to him, the events of Devil May Cry 4 led to Nero losing an arm, which gave way to the introduction of a new character in V, Niko, who builds him a new prosthetic, and from there, all the insane antics of his gameplay style. 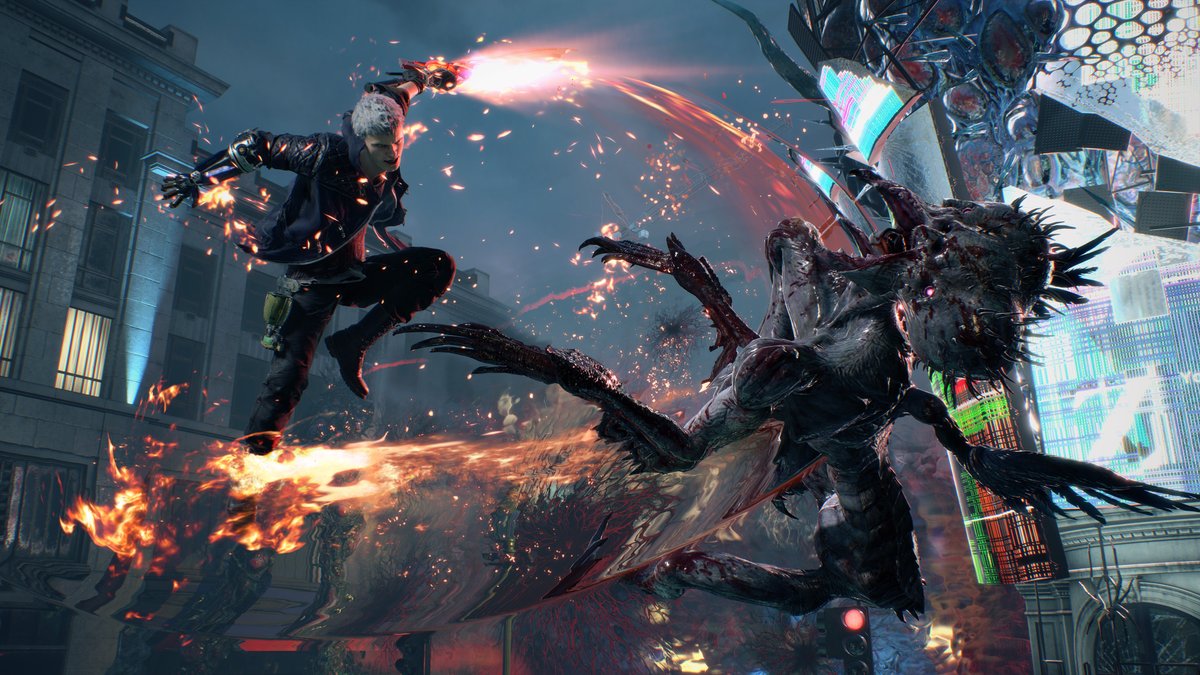 Devil May Cry has always been a series that’s touched by insanity, and by all accounts this new game is just as if not crazier than the previous ones, starting with the sheer absurdity of how Nero plays. He retains the pump action power-up mechanic seen in previous DMCs, but thanks to his new mechanical arm, things get even more nuts. You can pick up new arms, each offering a different suite of abilities and change them at will depending on the situation. By changing them, you throw away what you’re currently using, but at least in the demo it was easy enough to pick it back up as needed. I assume the actual final game will make it a little more of a pressing decision, still, it was neat to see them all in action. My favorite out of the bunch, by far, was the red arm, which can shock enemies and fire off as a rocket Nero can ride around in and slash demons with his sword. It was ridiculous and downright fun to do that repeatedly throughout the demo, all the way to the boss fight.

On the way to that boss, though, I had to take care of some fight arenas as well as a very limited puzzle — if you can call it that — that involved finding an explosive, which in Devil May Cry V’s world just happens to be a broodling of Nidhogg, because why not, in order to open the way forward. Since I didn’t know what the heck that thing looked like, I treated as a hidden item puzzle, and thankfully did not have to look too much for one, unlike in actual hidden item games. And once I activated the disgusting little bugger, I was able to move through and meet the boss, the Goliath, who wasn’t at all keen on letting Nero off the hook, and after a brief exchange and trademark sarcasm on both sides, heavily leaning on Nero’s, we got down to fighting. 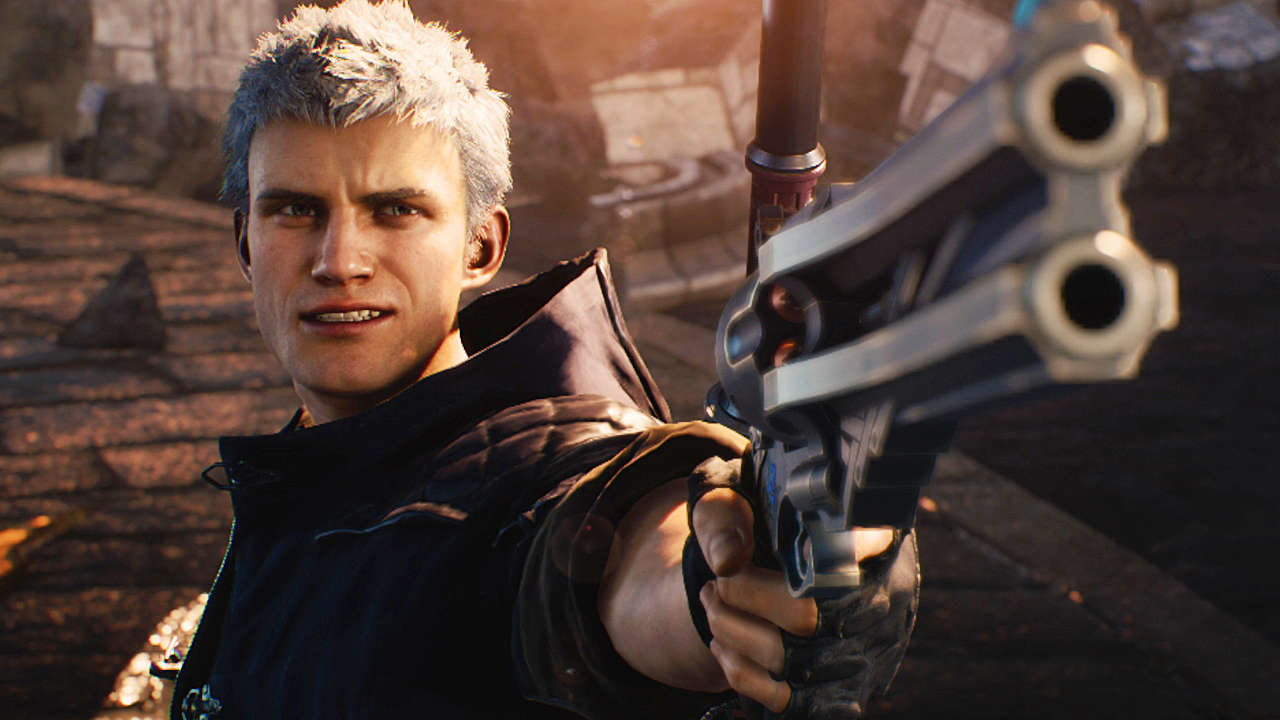 Given that this was a demo, I figure the difficulty was dumbed down to my measly level, because the bout itself was very easy. I was able to perform a lot of expert combos (cough, button smashed cough) and even got an S grade for my efforts. Stringing moves together felt extremely fluid, and even though I made for a poor show in terms of rhythm and actually thinking strategically about how they would connect — i.e launching enemies, keeping them in the air, you know, the DMC way of fighting — I had a really fun time using the few abilities I quickly picked up on during the few minutes I spent playing. It’s also worth noting that I played the demo on an Xbox One X, and it ran beautifully at 4K on a TV that supported it. Thanks to the RE Engine, the same one that powered Resident Evil 7 and is also running Resident Evil 2, both that and Devil May Cry V look great, with some of the best looking character models I’ve seen in a while. Capcom has certainly come a long way from this.

Back to the boss fight and the end of the demo. The goliath proved worthy of his name and was decently big, so I really hope that he will be more of a challenge on the final game. After the fight, Nero moved on to whatever else he’s bound to do in the actual mission, but we parted ways and the demo ended with a ‘coming soon’ message, as I moved on to Resident Evil 2’s test version, where I played as Claire and faced off against the abomination that’s William Birkin. You’ll be able to read about that in the next preview hot off of BGS 2018.

Devil May Cry V will be available for PlayStation 4, Xbox One and PC on March 8th, 2019.