It wasn’t easy taking the Dying Light 2 appointment first thing at E3. Not only was that game one of my most anticipated from last year’s show, but the entire thing took place in a pretty dark room, and I was dumb enough to take notes in a notebook, thus very little of it is actually readable. Go me! But hey, the demo footage shown was so good that I hardly need to consult my chicken scratching of a handwriting done in a hurry and in the dark in order to remember it. It was definitely worth the wait, and even though the gameplay shown was completely hands-off, I was able to get a good grasp at just how big this game is aiming to be, so big that you probably see everything that it has to offer in only one single playthrough.

That’s because a lot of content discovery is directly related to the decisions you make along the way. Dying Light 2 picks up 15 years after the original, and the world has further devolved thanks to the chaos brought over by the undead. The few remainders of (living) humanity now fight for survival, and what is left of civilization now lives in castle-like cities in a sort of post-apocalyptic dark age. Still, even in such a situation, human nature is still in full effect, and those decisions that I mentioned before come into play when protagonist Aiden Caldwell, who happens to be infected by the plague, is tasked with helping deal with a water shortage crisis.

His main goal in the demo was to make his way to the leader of a rival faction who apparently holds the controls for the local dam, and in case he can be convinced, pure drinking water can start flowing in order for the outside parties to survive. But before any of that could happen, the quest giver who talked Aiden into doing this gets shot by some thugs from the very faction that you are trying to negotiate with, and there came the first decision to make: stick behind and help your friend, or charge ahead and have an easier time accessing the enemy camp? Techland’s demo handler decided for the latter, and after a big on foot chase that involved a lot of parkour and zombie-slaying — zombies are way more sensitive to UV light this time around, so Aiden was able to make use of that to his advantage along the way — he eventually made it into a truck that was heading for the enemy leader fortress. But that also left his buddy to his fate, which would otherwise could’ve been avoided, complicating your means to getting inside your infiltration target.

As soon as he made it in, after the driver was, hm… convinced to help, the stealthy approach fell apart due to the way that the dev handled convincing the driver, resulting in him giving away our position, so after a lot of slashing humans in true Dying Light fashion, that is, with improvised blades, in-your-face, and some dismemberment here and there, our friend finally found the opposing leader’s room, and at that point in the demo, we hit a crossroads. 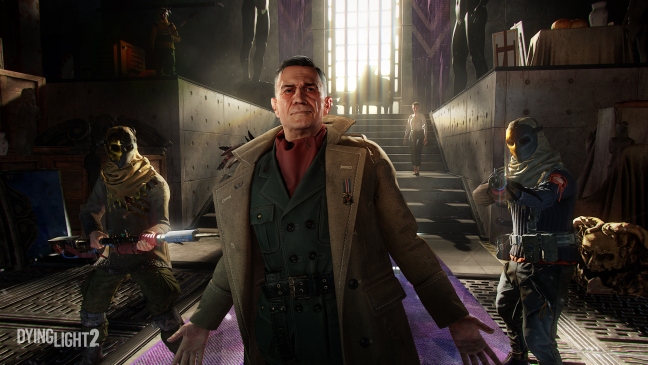 He explains to us that Aiden was being duped, and that his arrangement would lead to the death of thousands and that he would be double-crossed. They chose not to believe him, and after another bout of slashing and jumping around, Aiden opened the vaults, indeed revealing that the enemy leader was right when he tried to warn us before running away when the fight broke. The entire zone was flooded, thus closing off a part of the map and revealing another, and it also left the fortress completely unprotected, with your old allies’ forces converging in for the taking, at which point the demo ended.

When the Q&A started, the obvious question on everyone’s mind was whether or not closing off areas would mean that we couldn’t walk back on decisions, and according to the devs, that was exactly the case. There won’t be any sort of quicksave to rely on in case you regret your calls, so be careful of what you end up going with and just commit. 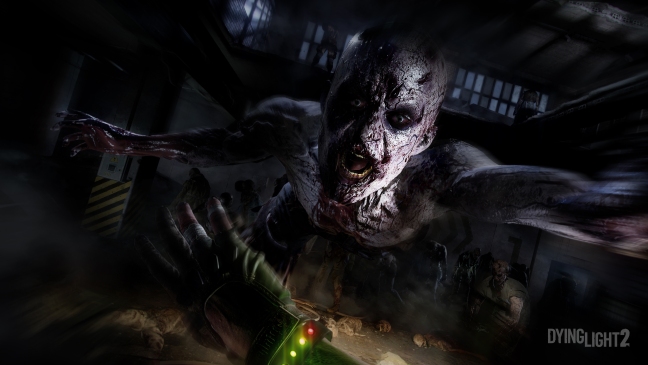 That also means that entire zones in Dying Light 2 will go unexplored in one playthrough, so in order to see everything, you’ll be required to play multiple times. Along those lines, some zombie types will also be blocked off, since different areas provide a variety of enemy mobs that you won’t find anywhere else. That could mean that along with other areas of the world, you might go through the game and have an entirely different combination of combat possibilities when it comes to approaching zombies, and if you take into consideration the wide array of enemies in the original Dying Light, that’s saying a lot.

Gameplay in Dying Light 2 looked fluid and extremely responsive. Like the first game, you can make use of a hook in order to make traversal a little quicker, and this time there’s also a glider that made for jumping around from building to building in the demo quite a vertigo-inducing spectacle. The combat is a lot like what you saw if you played Dying Light, and I didn’t notice a whole lot new in that regard, but that’s not a bad thing, either. The main difference that was obvious the entire way through this demo is that the world of Dying Light 2 is really, really big, and it felt pretty big from the look we got in the demo. In short, I’m still very impressed by the promise of Dying Light 2. It’s incredibly ambitious and a big gamble in Techland’s part.

Dying Light 2 will be making its way to consoles and PC sometime in 2020.

Review: You asked for it! Scott Pilgrim Vs The World: The Game is back https://entertainium.co/2021/01/19/scott-pilgrim-vs-the-world-the-game-review/