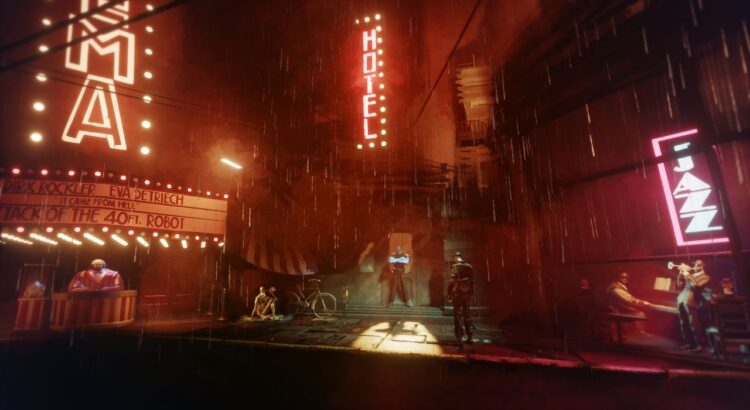 Crafting your own creations in video games has become decidedly easier in recent years. The mega-phenomenon Minecraft arguably brought a virtual Lego-esque construction set which could allow players to create whatever they wanted within reason. But building video games themselves has always been more challenging thanks to the much more detailed work required not only to create assets, but also to design the logic and gameplay systems to make something truly enjoyable. Media Molecule’s earlier games of Little Big Planet 1 and 2 started down this path, allowing users to create their own levels and minigames and share them to other players. Now, Dreams gives players access to an entire suite of game creation tools and basically tells them to let their imagination run wild and build whatever they want. You can create and play some beautiful and fun things in Dreams, but only a dedicated minority will have the energy and drive to actually do so.

Dreams isn’t strictly speaking a “game” in its own right, but more like a content creation suite containing a wide variety of games and experiences, created by both Media Molecule and by players. It is presented as being part of a whimsically inventive world known as the Dreamiverse, featuring plenty of great British voice acting (no Stephen Fry this time). The Dreamiverse has two main modes from which to explore. Dream Surfing gives you access to browse through all the content people have created, play it and rate it. The other side is Dream Shaping, which gets you going in creating your own masterpieces. These are two entirely separate halves of the experience and if desired, you can completely ignore Dream Shaping and just leisurely browse through the great stuff the community have put together.

Dream Shaping is comprised majorly of a vast assortment of tutorials, including step-by-step walkthroughs in how to create content, and includes everything from asset generation to logic programming. You use your “Imp” (a furry fluff ball who acts as you mouse-pointer) to manipulate objects and settings within the world. With these tools you can, with enough time and patience, create pretty much whatever you want. It’s possible to craft not only fully-fledged games, but beautiful dioramas or 3D art. The walkthroughs and tutorials for all of this are well done, but naturally you need to be invested in creating something in the first place to get the most out of it.

Dream Surfing really highlights the incredible array of interactive content that can be built within Dreams. In the short time I’ve been playing, I’ve experienced third person adventures, interactive art exhibits, puzzle games, sports, photo-realistic still scenes, and even a remake of Sonic the Hedgehog. A lot of these experiences aren’t things you’d necessarily want to play for hours at a time, but the potential for something that would keep you entertained for that long is certainly strong. Media Molecule’s own prestige creation is Art’s Dream, which creates a storyline of a variety of different game experiences strung together by a loose plot following struggling musician Art. The music and art style in this sequence of vignettes is really beautiful and as they boast, it was “created entirely within Dreams”, meaning that something of the same level of complexity can be created by anybody. Naturally, the Dreamiverse is a hive of copyright infringement, with items such as Star Wars Dreams (which is about the first 5 minutes of the film recreated frame-by-frame) or Fallout 4 Dreams, featuring a remarkably faithful recreation of the Pip-Boy interface, pistol, and the bare-bones of an interactive world.

It is honestly a shame that Dreams is confined to PS4 alone, because if this tool-set were available on PC, using the precise fidelity of a mouse, I’m confident that it would lead to a new plethora of fascinating experiences. What can be achieved on PS4 is impressive enough as it is, certainly, but it could be even better with more robust controls. I can definitely see Dreams having a long lifetime, especially if a PS5 version is swiftly released after the new console. Being able to dive in and try out what’s new and exciting in Dream Surfing is always great, as is slowly building up your skills in Dream Shaping. I don’t think I’ll ever to able to create a masterpiece of my own, but I admire Dreams greatly for empowering those people who can.