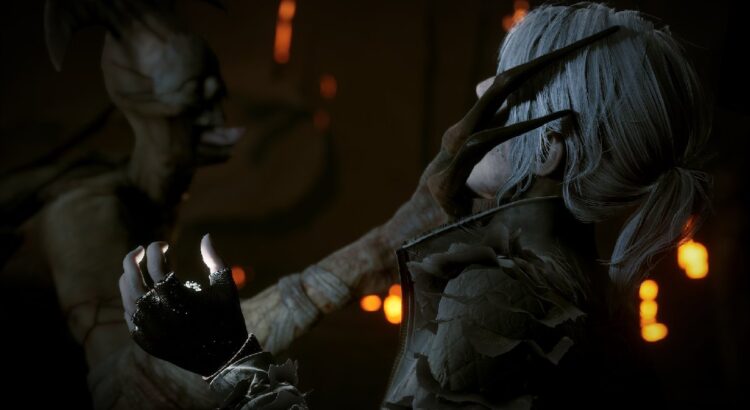 There was a time when adventure games were at a stalemate. It was the early 2000s and Resident Evil and its numerous inspired competitors pushed designers to try and go beyond merely presenting a series of puzzles for players to solve in order to reach the ending in a point and click adventure. Games like Dracula: Resurrection and Rigor Mortis — which I doubt you’ve never heard of or played, and I’m sorry if you did — tried to and failed to mix things up by still providing plenty of conundrums to get through, accompanied by some questionable choices when it came to what’s in between.

In many regards, Bloober Team has been one of the most successful studios to try and get something more out of adventure titles, injecting a fair amount of ambience and mood into their incredibly gripping narrative experiences, such as both Layers of Fear games and Observer. While I still have yet to play their take on Blair Witch, my overall impression of the Polish developer has always been extremely positive, and I haven’t been disappointed with any of their games up to this point, I can’t say I’m absolutely in love with their latest, The Medium.

It has a lot going for it in terms of story and build up as one of the first exclusive Xbox Series S/X games to come out, not to mention it being the team’s most ambitious outing so far. Its setting is downright amazing and positively unique when it comes to anything you’d possibly bump into in gaming, taking place in turn of 20th century Poland. As medium Marianne, whose powers allow her to help deliver wayward souls to their eternal rest, things get quite chaotic when she’s guided by a mysterious letter to Niwa, an abandoned Soviet era citizen’s resort on the outskirts of Krakow that was the sight of grisly murders decades ago and just might hold the key to unlocking her long lost early life memories.

On a concept level, The Medium is simply brilliant: as a person with mediunic powers, you’re able to seamlessly walk between both physical and spiritual worlds simultaneously, which opens up a whole slew of possibilities when it comes to gameplay. Sadly, The Medium usually puts it to use by having you cross from one realm to the other just so you can open up the way that’s somehow blocked in one of the two, or in order to manifest items that you need in order to progress.

Outside of jumping in and out of a mirror or having an out of body experience that lets Marianne temporarily surpass obstacles in order to power up her spirit abilities — a shield to protect her from danger in the spirit side and an “electrical” mind boost that’s used to power equipment in the physical realm in a few repeated puzzle instances — there’s not really a whole lot going on with this shift mechanic, which is disappointing to say the least. On the other hand, during the moments when you’re playing the game and the screen is split between the two worlds, with both versions of Marianne mimicking each other’s movement, it’s quite amusing to pick up on the great art direction applied to the spirit realm in particular. In true Bloober Team fashion, it’s quite gross at times, while on others, totally dreadful — in a good way.

If it weren’t for its surprisingly good story, The Medium would be an overall mediocre adventure game with very limited gameplay. Its delivery of forced stealth that pops up every now and then when you’re face to face with the Maw, an evil entity that’s invisible to the physical world that you can only see by using Marianne’s detection powers, is very annoying to deal with, especially because it throws you to an earlier checkpoint with the same lines of dialog every time you fail. I honestly can’t understand why developers choose to implement sections like these in an otherwise very atmospheric experience. That, coupled with the bland stretches of the rest of the gameplay where you find yourself picking up an endless amount of postcards and notes, actually playing The Medium is its weakest aspect, by far.

Hopefully there will be more to be seen in the universe built for the game, but under much better circumstances. What Bloober Team has achieved left me with mixed feelings by the time I reached its conclusion, almost 8 hours in. I adored the setting and fiction that’s been created for The Medium but I struggle to think of a single section of it that I truly enjoyed playing. It’s surely a weird place to be when it comes to a game I’m writing a review for, and one I’m not used to having to deal with. While I’m glad I got to see what it’s all about, I’m in no hurry to replaying it anytime soon; but then again, I want to see what could be in store in the story if there’s ever a (mercifully much better conceived) sequel.