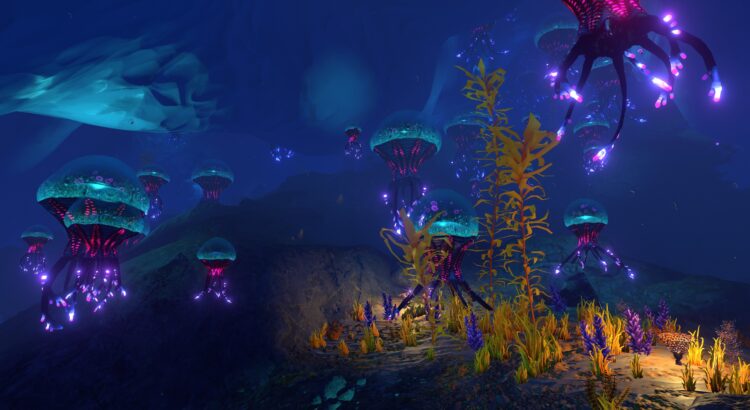 Going into Subnautica: Below Zero with next to zero knowledge of the previous entry outside of downloading it as a previously free game on PlayStation 4 through Sony’s Days of Play promotion and playing it for an hour or so, I couldn’t help but be positively enraptured by it.

I usually tend to shy away from survival games like this, where the emphasis is on keeping your character alive by exploring an environment and gathering resources, all the while building away to my heart’s content. I did try my hand at Minecraft when it was released on Xbox 360, but only until I completed all of its achievements. There’s something to the genre that simply doesn’t sit with me, and in the end, it just feels like work — much like my experience with MMOs.

To my surprise, Subnautica: Below Zero really stuck with me. It most definitely adheres to the genre’s conventions to a T, offering just what fans would want in a survival game, but also bumping down things in order to bring in people like me, who might just want to dive in (pun intended) and enjoy its gorgeous setting. You can still obsess over everything this game has to offer, and there’s plenty of it to really dig in, both in terms of construction and hidden away lore, but it’s the narrative hook and premise that kept me going — and still is! — and chipping away at its mechanics, for as traditional as they can still be, easygoing as the Subnautica games are as a whole.

Anyone getting into Subnautica: Below Zero having had some experience playing the original will feel right at home here, as things haven’t really changed in terms of overall gameplay. This time though, your main character has a name and a purpose right from the start, and the game gives you light objectives you can follow in order to uncover its backstory and move the story along, something that even only having played very little of Subnautica, I already yearned for, due to its aimlessness. As Robin, a deep sea researcher, you drop onto the same planet as the first game, only in a different and much colder region, in order to shed some light into the mysterious circumstances surrounding your sister’s death.

This sequel still suffers somewhat from that lack of direction, though, especially when it comes to developing upgrades and knowing what you actually need to keep things moving forward and not go around in circles. This time, you can pin recipes to the UI in order to keep track of what you’re working toward crafting next, but actually getting recipes is a little confusing at the outset. Some come naturally as you explore, while others require you to actively search for and scan patterns that are scattered around the vast map of the game.

For instance, one of the biggest main objectives that Subnautica: Below Zero slightly nudges you to is putting together vehicles so you can explore further (and deeper) into the sea. But even the simplest skimmer has you sniffing around for parts to scan before you can even find out what parts are necessary in order to put it together. Once you know what to look for, your developed familiarity with the environment that surrounds your starting capsule — or base, depending on what point in progression you are — will prove valuable, since you’ll need to find and gather or build the necessary primary, secondary and even tertiary resources and parts.

That’s where this game will test your resolve and whether or not you’ll want to keep going up its deceptively complex progression tree due to the sheer amount of farming required to accomplish some of Subnautica: Below Zero’s biggest challenges. You can still make a virtual living by keeping things relatively simple and not going all out with a full set of a base, but it quickly becomes clear that putting in a lot of work (and hours) can potentially make your existence in game much easier and less troublesome, AKA the old “hard work pays off in the end”.

And to get to that point, you’ll need to spend a lot of time playing, much like the usual survival game experience. As I said before, that’s what keeps me away from this genre and I’m completely okay with how developer Unknown Worlds has designed Subnautica: Below Zero to be. It’s easy to see how much there is in the game to keep people going for basically months, and thanks to the new story beats, even someone like me could get lost trying to get to the next little lore nugget that’s meters over whatever my current maximum diving depth is before getting crushed.

I really do appreciate their work putting something like this together, even if it might not be exactly my cup of tea as a persistent game for months to come. Subnautica: Below Zero is absolutely beautiful and simply getting lost in as a first-person exploration, immersive (there we go, another pun!) game is a joy. The core simplicity of just swimming around discovering secrets or just learning how its gears turn, not to mention its obvious hooks help provide fantastic reasons to keep more dedicated or even more casual players going for a long, long time.