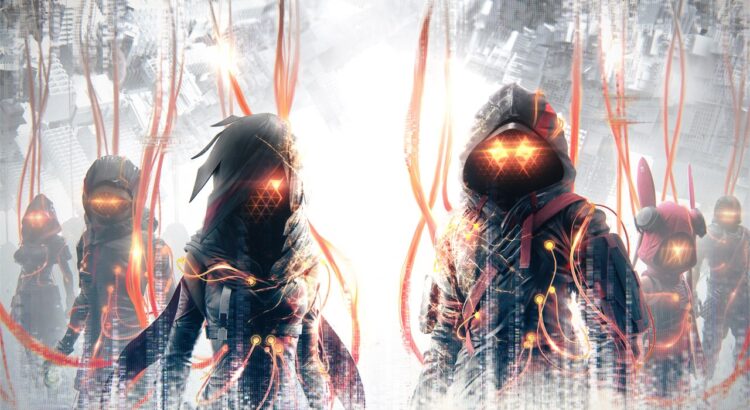 There’s something undeniably gripping about Scarlet Nexus. Regardless of whether or not you are a fan of anime and the general lack of coherence a lot of series in that genre tend to suffer from, one thing’s true: they wouldn’t be as popular as they are if there wasn’t something special about them.

In Scarlet Nexus’ case, which is Bandai Namco’s newest action romp that is unmistakably a product of anime as much as plenty of other games’ from that publisher tend to be, it’s sometimes still as full of gibberish as a lot of its source of inspiration tends to be. On the other hand, its incredibly stylish combat system and beautiful presentation more than makes up for a story that you’re likely to lose track of early on in the game.

The basic gist of the Scarlet Nexus is that sometime in the far future some sort of cataclysmic event took place that made Earth liable to be invaded by strange and aggressive creatures known as the Others. In order to fight them, the OSF is formed and humans who are liable to develop special powers are brought in to form its ranks.

Two of such powerful individuals, the heir of a wealthy and powerful family, Yuito, and a mysterious girl whose past you’ll unveil, Kasane, are the protagonists of the game, who you’ll pick from and embark on their individual adventures in two distinct campaigns that interweave and make up the game’s overall story. Each has their own set of powers and a unique approach to combat, Yuji focusing more on melee and throwing things at monsters with his mind (which is awesome, by the way!) and Kasane’s more ranged-focused attacks.

Progression through the game takes place by navigating the busy futuristic streets of Suoh as you pop between a variety of combat scenarios in the form of missions for the special forces. As you make your way through Scarlet Nexus’ campaign, you’ll acquire new team members to fight with, and the stronger bond you develop with them, the more abilities you’ll be able to join up with them and put to use, such as enveloping your weapons with fire, teleportation, hardening your defenses or even developing a sense of premonition during battle.

The fighting is perhaps the best part of Scarlet Nexus. It’s fluid in a way that makes it easy to string attacks together, and forming combos quickly becomes second nature as you unlock more powers when leveling up. In Yuito’s case, a lot of it is tied to mastering his psychokinesis and making smart use of it when breaking the enemy’s armor, and later on in the game, the balanced use of his crimson form that confers him with a burst of power for a limited time.

Combining your own attacks with your team’s works extremely well and feels great when you time it just right, putting monsters in a locked state and open to the immensely satisfying finishing move called Brain Crush. It’s filled with silly anime tropes to an absurd degree, admittedly, but it’s a whole lot of fun and makes Scarlet Nexus more than a mere series of combat encounters.

And while I wouldn’t say in any way that its story kept me gripped when playing, I did enjoy its setting quite a lot. Suoh is a really cool setting and there’s a strong sense of style that permeates from the cast, for as cookie cutter as it can be at times, as well as the enemy designs, which are very bizarre and a little disturbing in a good way.

Scarlet Nexus is adept at making you feel like a badass not only by turning every single one of your attacks into a light show but also through its ease of control and purely rhythmic gameplay. It makes combat an experiment worth messing around with the more the game gives you in the way of skill upgrades and companions to bounce powers off of.

The game’s nowhere close to being particularly groundbreaking in any way, even if everything that it serves when it comes to style is done to keep things fun and moving at a brisk pace that I couldn’t help but appreciate. Scarlet Nexus might lean heavily on the anime for your taste as it did mine, but don’t be surprised if you find it incredibly satisfying anyway, in spite of it. And that’s quite an achievement that developer Tose has managed to accomplish.