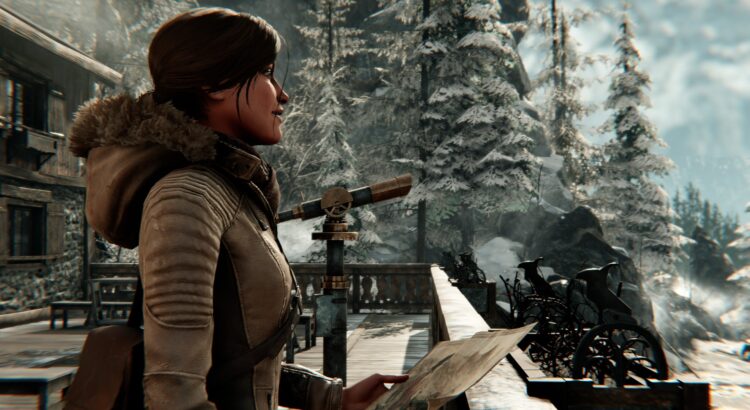 Syberia is one of the top entries in my formative games list. An adventure game like no other, it spawned from an earlier creation of the late Belgian comic artist Benoît Sokal’s mind, Amerzone. Taking place in a very close to actual reality but with a healthy dose of steampunk elements, Syberia and its sequel told the story of young lawyer Kate Walker, who while overseeing for the corporate takeover of a company in a fictional French village, ends up embarking on a grand adventure in the frozen tundra.

I absolutely loved both Syberia games released in the early 2000s, and although I ended up not playing the final version of the third game, released years later in 2017, I still hold an incredible amount of nostalgia for the series. So it was a great surprise to hear that a new Syberia was in development, which saw its release this year, sadly a year after the passing of its creator.

Syberia: The World Before serves as both a straight sequel and prequel as it follows the events of Syberia 3 and rewinds the clock back to 1937 to tell the story of Dana Roze, a sickly young pianist with a brilliant career that comes to a grinding halt due to the growing threat of fascism in Europe. Kate’s side of the story initially places her as forced labor in a salt mine in a remote region of what’s assumed to be Russia, where she ended up being taken following the events of the last game.

Gameplay initially takes control and automatically switches between Kate and Dana’s respective timelines, but later on you gain the ability to do so at your leisure, which works as a tool to solve some puzzles that have you combining information from the two time periods as both of their stories start to interweave. The slightly simplified puzzles and dynamic interactions with environmental elements are also a great touch.

Playing the game with a controller is intuitive and works extremely well due to the way Syberia: The World Before handles using items, having you twist and turn the left analog stick or pressing R2, but if you feel like going old school, you can still use the mouse to click to move as well.

Character movement can feel a little slow even with the run button, but that’s mostly due to the game’s overall established rhythm. It can be a little annoying not being allowed to skip over cutscenes, but by doing so you end up missing out on some very well voiced dialogue and camera direction that show off the beautifully offbeat world the game takes place in. At least during Fraulein Dana’s portion of the adventure, anyway, as Kate’s at the outset is a little more dire-looking and broken down industrial gray and brown.

Syberia: The World Before is less of a traditional adventure game in the way it treats its puzzles, making them less of an obstacle and more of an element of progression, making playing the game much more engaging and easier to follow than your usual point ‘n click. It feels like Microids wanted to make this more easygoing delivery of what fans were likely hankering for after the less than stellar reception of the last game in the series.

So even if your brain ends up not being twisted in a knot in maddening pixel-hunting that even modern adventure games dare throw at you, its engaging plot and personable cast of characters are more than enough to keep you going. This game is obviously not meant to be a huge challenge, and in that regard I can definitely appreciate the developers’ intent in making Syberia: The World Before more of an interactive adventure and less of a puzzle-heavy affair, an overall satisfying compromise that works in favor of tying up the ongoing series’ story from the last twenty or so years.

Syberia: The World Before is a very pleasant surprise. Syberia 3 might have ended up coming out of nowhere, but its tepid reception didn’t inspire a whole lot of hope that the series would see a new game. Having a sequel/prequel at all and it being this good is just damn incredible. Here’s hope that there’s more to Syberia in the future and that its world can respectfully outlive its creator and present fans with more of what it has to show.