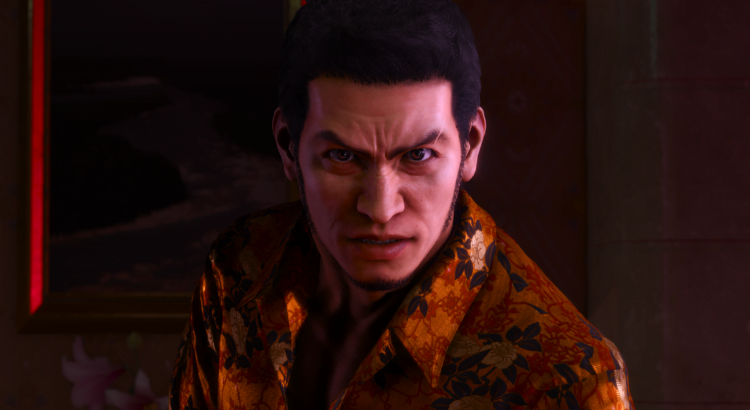 The original Judgment proved to be a fun twist on the tried and true Yakuza formula as it shifted the focus from the world of crime families in the fictional Kamurocho to a more down to earth focus on investigation as we were introduced to Takayuki Yagami, a distraught lawyer turned detective and his various cases around town. Not only that, but a varied cast of incredibly interesting characters was brought in, and not least among them was Kaito Masaharu, ex-yakuza and friend to Yagami, who acts as his partner and muscle in the agency.

Up until Lost Judgment, last year’s sequel, not a whole lot was known about Masaharu’s background, other than the fact that he was part of organized crime in the past and had left the family and eventually joined up with Tak’s detective business. Hints of his previous career were thrown our way here and there, sure, but nothing really substantial. That’s about to change thanks to the game’s first piece of paid DLC – part of Lost Judgment’s season pass – The Kaito Files.

The Kaito Files has Kaito taking over office business while Yagami is out of town on assignment. While the opening moments of this DLC are slow, basically a rethread of the introductory tutorial you’ve seen playing the base game, things quickly pick up once the main case begins. A high profile tech CEO offers Masaharu a load of cash in order to investigate his wife’s mysterious disappearance, which at first has him lined front row, but after discovering that it involves Kaito’s estranged ex-girlfriend, Mikiko, and her apparent suicide, he decides to pass on it.

It’s only after running into his supposed son that Kaito reluctantly decides to pick the case up, since the kid’s been going off on his own trying to find out what really happened to his mother. Even though it was reported and scientifically proved that she did in fact die, someone who looks just like her was recently seen around town. A great premise on its own as that already is, it wouldn’t be a Ryu Ga Gotoku Studio story if things didn’t go deeper, and deeper they surely go the more Kaito digs into the seedy recesses of Kamurocho and also his past, recalling trials and tribulations of his relationship with Mikiko.

Playing as Kaito works basically the same as with Yagami. You have full range to the entirety of the Kamurocho map – no visits to Yokohama’s Ijincho district this time around, unfortunately – constantly getting into fist fights and putting his detective instincts to use while out and about. The latter sets Masaharu apart somewhat as he can use not just his sight when tracking down a lead, but also his smelling and hearing, which according to the game are due to his more savage nature.

As silly as that sounds, it works to provide some entertaining bits of gameplay, in true RGG Studio fashion, chock full of funny interjections by Kaito as well as useful items to use when in a pinch. That’s not to mention following suspects or even chasing and tackling them down as well. When it comes to fighting, Kaito’s a powerhouse, sporting combat styles similar to Yakuza main protagonist Kiryu’s bruiser and tank, some of the most fun and dynamic stances in any of the previous entries, second only to Majima’s crazy capoeira and break dance-inspired style from Yakuza 0.

It pays to explore Kamurocho in this DLC. Hidden here and there in Kamurocho are memory bits that have Kaito recall to his previous life as part of the yakuza, which not only provide more backstory to him as a character, but also a host of new skills that you put to use throughout The Kaito Files. It’s a cool incentive to keep an eye out and go beyond being mere collectibles, a staple of padding that’s constantly put to use in post-release extra content and is thankfully avoided here.

Lost Judgment already did a lot of heavy lifting when it came to keep the pacing going regardless of how much fighting you had to do along the way, an issue I’ve always had with the mainline Yakuza games (especially the older ones), and The Kaito Files is no different in successfully accomplishing. It keeps things moving swiftly during the handful of hours it lasts and doesn’t let up at all.

If you’re already into both of the Judgment games, you’ll know what to expect out of this DLC. It’s got more of the quality writing that manages to expertly mix humorous moments with extremely serious themes, which is a mainstay of the Yakuza series as a whole and continues to be so here. I’ll never need an excuse to jump back and explore that world, and having a story as great as this is more than enough reason to sniff and keep my ears perked around the seedy well-threaded streets of Tokyo’s fictional red light district again and again.