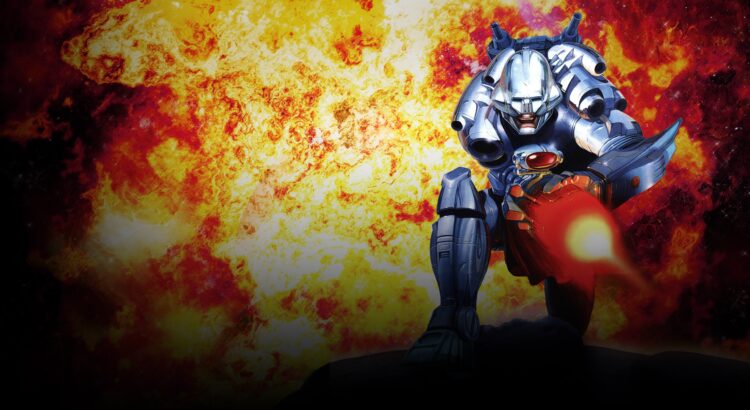 While Contra might have ruled the field in regards to run ‘n gun shooters on consoles, especially the ones from Nintendo, it was on personal computers that the Turrican franchise made its roost during the 1980s and 1990s before taking a stab at Contra’s console pie during the 16-bit generation. It was all thanks to the talented hands of now unfortunately defunct UK-based studio Factor 5, one of the most prominent and beloved development houses ever.

Their legacy lives on through the 2-part Turrican Anthology, with ININ Games picking up and packing some of the best games in the series on Switch. While one might have an overall better list of titles, both are very much worth collecting if you’re into retro games of this kind.  The Turrican games were quite different from Contra when it came to their design, one which adhered to a more Metroid philosophy than just being mere shooters. That, along with some very clever ideas, helped elevate them to the classic status they are regarded so warmly today.

Volume 1 of Turrican Anthology includes the original Amiga versions of Turrican I and II, as well as Super Turrican, which you guessed it, came out on the Super Nintendo. All the while, Volume 2 is home to Mega Turrican (a MEGA Drive game, duh!), Super Turrican 2 (SNES), and the third Amiga Turrican. The catch in Volume 2’s case is that two of the games included, Turrican III and Mega Turrican play and feel exactly the same because, well, they pretty much are.

It goes without saying that both of the original Turrican Amiga games included in Turrican Anthology Volume 1 are bonafide classics and hold up surprisingly well. They feature extremely tight controls, frenetic action, long and intricate levels, and sounds just beautiful thanks to a great soundtrack headed by Chris Huelsbeck, whose work was seen throughout a wide variety of legendary Factor 5 games such as the amazing Nintendo 64 Star Wars games and R-Type, to name a few.

Super Turrican sadly doesn’t take a lot of advantage of the Super Nintendo’s more advanced capabilities. There’s a decent amount of reused content from previous games in the series, and when put side by side with the likes of Contra III: The Alien Wars, it’s no contest which plays better. Even when compared to its Amiga counterparts, it comes up short in just about every department, except for the fun factor, which is still very much there. It’s clear that at that point in time, developer Factor 5 wanted to pump Turrican out on just about every platform they could and were early into getting the hang of porting.

That’s crystal when we approach Turrican Anthology Volume 2. Although not packed like the first, it’s the one that compiles Mega Turrican, by far the most impressive entry of the bunch. And it goes so far as to include a Director’s Cut of all things, but even if it didn’t, it would still be a fantastic shooter on its own. And truth be told, the Cut only merely unlocks a previously hidden stage right from the get go, so there’s not really a whole lot to it.

Mega Turrican is a prettier and more stable version of Turrican III, and borrows elements from Metroid such as a variety of elemental weapons, bombs, intricated level layouts, and its trademark (would Nintendo sue if this was a new game?!) morph ball. Everything’s used to great effect. It’s basically a pumped up version of the previous two Amiga games, a true continuation built over an already solid shooter foundation.

As for Super Turrican 2, it’s the odd sheep out of the bunch. A much more linear affair, it’s as bombastic an entry as you could ask for in a Turrican game, but not nearly as complex in structure as its brethren. Unlike its Super predecessor, it truly puts the SNES to use with some impressive graphical effects thanks to Mode-7. And for all Bionic Commando fans out there, it finally included the grappling hook, something that was missing the first time around on Nintendo’s 16-bit powerhouse.

Overall, it’s quite obvious that both of the Turrican Anthology collections should have just been one product to begin with. The bonus features such as the jukebox, re-recorded soundtracks by Huelsback, art museum that encompass a generous amount of flyers and covers, and extra emulation options, as well as the special Score Attack Mode – a new leaderboard feature that’s exclusive to both Anthologies – are identical between the two.

Neither volume has a whole lot of content to warrant splitting them up into separate downloads. Then again, it’s undeniable that what they encompass, some of the best titles in gaming’s most traditional run ‘n gun shooter franchises, makes Turrican Anthology very much worth picking up regardless.