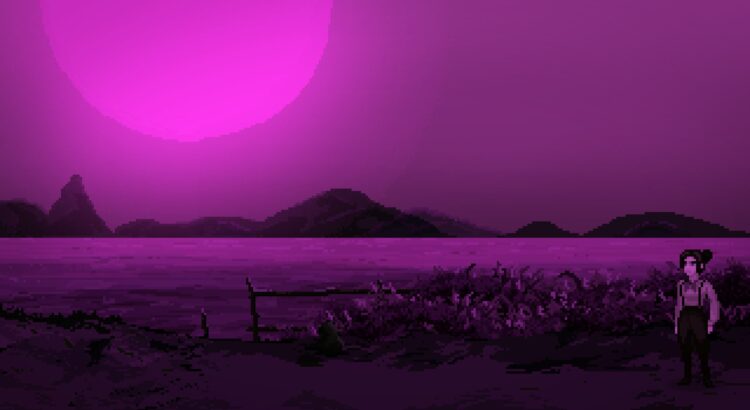 British folklore is an endless topic if you delve deep enough, with various different parts of the UK having their own traditional fairy stories and tales. Long barrows, which were originally constructed as tombs back in the early Neolithic era , have been a particular source of much discussion and conspiracy in the millennia since they were built. Some consider them as gateways to the underworld, where one could converse with fairies and ask them for favours. The Excavation of Hob’s Barrow from Cloak and Dagger Games, published by adventure game veterans Wadjet Eye Games, is an excellently atmospheric folk horror story, drawing inspiration from classics such as the film The Wicker Man or Whistle and I’ll Come to You, a 1960s television drama which to this day is one of the scariest things I’ve ever seen.

The story focuses on Thomasina Bateman, an antiquarian and barrow excavator in the Victorian era. Thomasina is invited to the small Derbyshire village of Bewlay, close to the town of Bakewell (home of the famous Bakewell pudding) by Leonard Shoulder, an enigmatic old man. Shoulder’s letter told Thomasina of an interesting local long barrow, Hob’s Barrow, which he believes would be worth excavating. After waiting for him at the local pub, the Plough and Furrow, Shoulder fails to materialize, forcing Thomasina into an adventure of tracking down Shoulder and finding the elusive Hob’s Barrow. Most of the village folk regard her warily, often claiming never to have heard of it or ignoring her questions.

The characters, voice acting, story and atmosphere are all excellent, featuring a variety of authentic northern English accents, both from Yorkshire and Derbyshire. The cast is quite large and all the characters are memorable and fleshed out. Stanley Kemp runs the local pub and is affable and friendly, although may be hiding something. Arthur Tillett is the local stationmaster but also a drunk and is struggling with his mental health, but he has a kindly soul. Thomasina herself is an educated modern woman who dismisses most of the various folk tales told to her as “hogwash!” until the number of coincidences and mysterious happenings becomes too much for her to ignore. She also has a family history of studying long barrows, given her father was an archaeologist. When she was a child he suffered a terrible accident which left him comatose, an event which Thomasina has regular flashbacks to.

Gameplay wise this is a very typical point-and-click adventure game, complete with the usual inventory, navigation and character conversations. Left-click tends to talk and interact with an object while right-click can examine, exactly the same as the recent Return to Monkey Island. The village of Bewlay and the surrounding moorland and woods is quite a large world, and there is a helpful fast travel system which can make getting around much quicker. It’s all-in-all a tried and tested method and its implementation is solid here. Graphically this is also definitely in the wheelhouse of a Wadjet Eye game (indeed I suspect people might think it’s made by them rather than published) with its pixel art, early 1990s style replicating games like Indiana Jones and the Fate of Atlantis or Day of the Tentacle. The style is realistic but with low resolution, although still detailed enough to infer extra information. The soundtrack is also quite unusual, mostly being a kind of moody ambience rather than traditional pieces, which definitely suits the otherworldly horror atmosphere the game is creating.

While it might stick true to the standard point-and-click formula, The Excavation of Hob’s Barrow works because it uses its atmospheric story and great, interesting characters to draw the viewer in, helping you to inhabit Thomasina and her point-of-view in a manner like a role-play game. As the dire warnings about what might happen if Thomasina excavates Hob’s Barrow continue to mount, there is a real theme of the clash of science vs. faith and superstition, which the game explores really well. If you like adventure games and you’re looking for a thoughtful horror story with plenty of worldbuilding, The Excavation of Hob’s Barrow has it in spades.