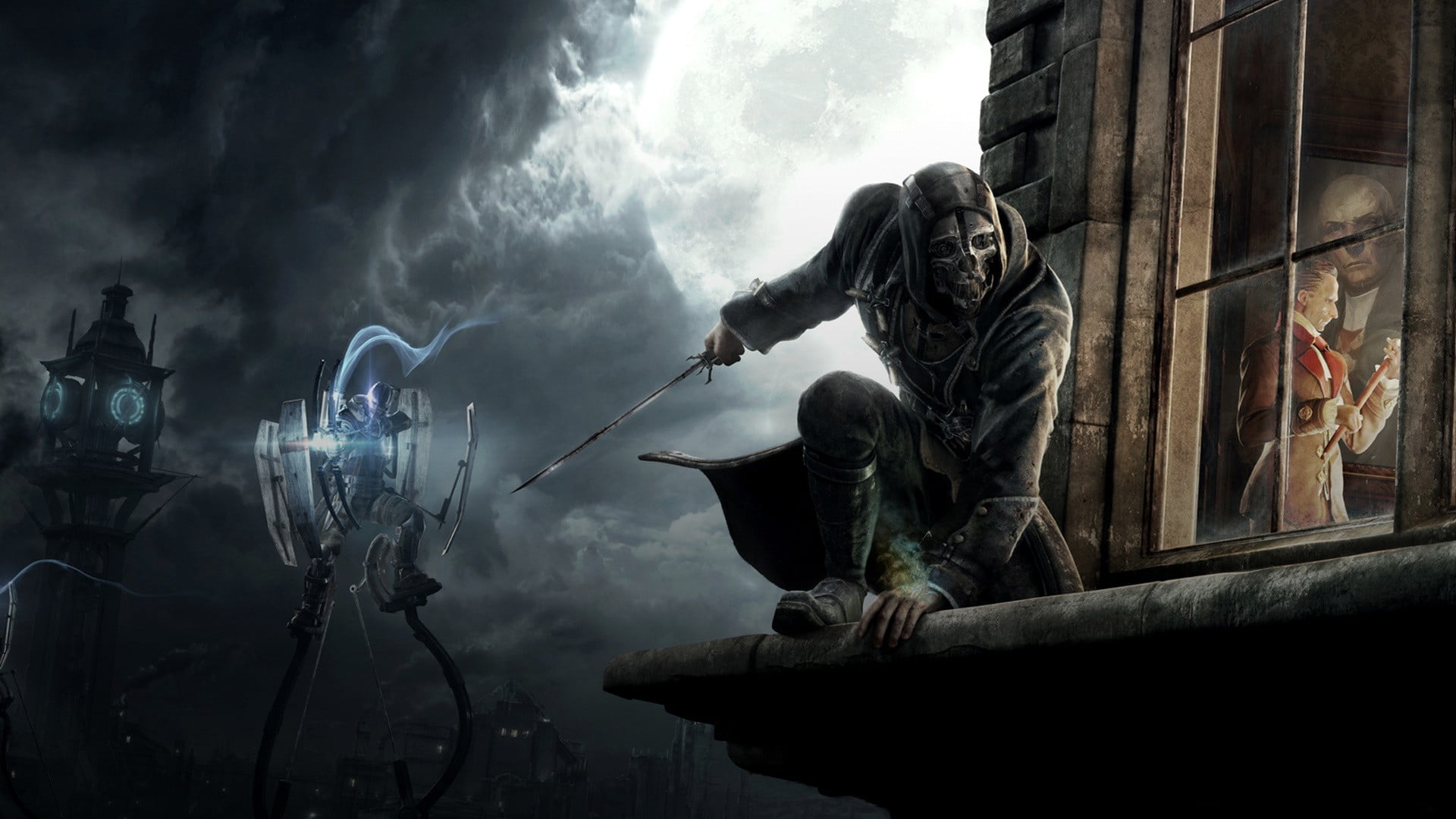 Dishonored was my biggest surprise of 2012. Prior to E3, very few people had heard of it at all. It was also my favourite game of the year, managing to artfully balance stealth, skill, and action to create a game reminiscent of the finest elements of Deus Ex and Thief. To top that, it set itself in the beautiful decaying grandeur of the neo-Victorian city of Dunwall, where futurist technology rubs shoulders with magic, flintlock pistols and long swords.

The earlier Dishonored add-on, The Knife of Dunwall, took the story away from the core game’s Royal Protector Corvo Attano and instead focussed on Daud the Assassin, murderer of Empress Jessamine Kaldwin. The Brigmore Witches continues and concludes Daud’s story established in The Knife of Dunwall, rounding it off in suitable style and linking it neatly back to the main game. The Brigmore Witches is everything you’d hope for from a piece of downloadable content; it combines great gameplay and a strong plot with a few new abilities alongside the familiarity of the core Dishonored experience. If you enjoyed Dishonored, you definitely shouldn’t miss this golden opportunity to dive back into its magical world.

Daud is hunting for Delilah Copperspoon, a witch with dangerous, empire-changing ideas who has withdrawn to the stately but crumbling Brigmore Manor on the outskirts of Dunwall. Daud lacks the means to get there by himself, and so needs assistance from the leader of the notorious Dead Eels gang, Lizzie Stride. Unfortunately, Lizzie is locked in Coldridge Prison, so your first task is to break her out.

The DLC has three sprawling levels with multiple areas, starting off revisiting Coldridge Prison, but then moving onto the new Draper’s Ward district, and finally the Brigmore Manor itself. Length-wise it’s equivalent to The Knife of Dunwall, being approximately 3-5 hours depending on your play-style. Just like Dishonored, whether you approach your objectives stealthily or all-guns blazing is left entirely to your discretion and you will usually be handsomely rewarded for fully exploring the various nooks and crannies of the world.

The core storyline of The Brigmore Witches remains remarkably strong throughout, with Daud continuing to be ably voiced by Michael Madsen. Since Corvo never spoke, it’s nice that Daud feels like a much more rounded character due to his voice work, something like an anti-hero rather than your typical protagonist. There are also a host of minor characters you meet, including the aforementioned Lizzie Stride and the leader of rival Hatters gang, the Geezer. As usual, your actions and how many people you decide to kill influence the plot, although it is easy to choose your preferred ending depending on your decisions in the finale. The end itself has more than a hint of Being John Malkovich about it, which is an interestingly dark turn to take. The plot also neatly fits back into the original game, tying itself up at the point where Corvo originally met Daud and got to decide his fate.

Whilst The Knife of Dunwall arguably ended with its weakest level being a revisit of a location from the original game, The Brigmore Witches avoids this problem by having the layout of its first level be significantly different from that encountered by Corvo in the main game. Furthermore, using one of the available favors to disguise Daud as an Overseer allows you to brazenly walk into the prison unchallenged, which then opens up new gameplay challenges of attempting to isolate guards when nobody is looking before taking them out silently so your disguise remains intact.

Daud has a couple new tricks up his sleeve, most notably the new active power Pull, which as the name suggests can pull out of reach items, ammo, and boxes towards you. At the higher level, it can even grab guards and levitate them in front of you, allowing you to quickly slit their throats or act as a fleshy barrier to any incoming bullets. Similarly, the ability to summon fellow assassins to aid you in combat carries over from The Knife of Dunwall, which can be really useful if you find yourself facing up against half a dozen angry guards who want to acquaint you with the taste of their blades.

The Brigmore Witches also introduces a new spin on the Bone Charm passive upgrades in the form of Corrupted Charms. These offer stat-bonuses and special abilities, but at a cost. For example: one charm might allow you to take more damage, but at the expense of your movement speed. Whilst these are a neat concept, few of the upgrades are particularly enticing enough to offer a tangible benefit unless you are playing in a very specific style. The Statuesque charm though does present a really interesting idea, as it allows you to remain hidden so long as you are not moving or in combat. This is very similar to the Natural Camouflage upgrade in BioShock and introduces yet another method to experience the game in a different way.

Gameplay continues to be as multi-faceted as ever, allowing you to vary from the ultra-stealth silent killer to the brazen murderer who saunters into a fight armed with grenades and shock mines. When playing as Corvo during the main game it often felt a little out of character to slaughter dozens of guards because Corvo is ostensibly a good man. Playing as Daud presents none of these problems because he is altogether much more morally grey, given he is responsible for assassinating the Empress. Therefore, experimenting with the many new ways to eliminate enemies is a delight, including the new Arc Mines, which can be placed at an unwary enemy’s feet before they are quickly vaporized. Throwing Baffle Dust at enemies will disorientate them whilst leaving them unalarmed after the dust wears off. You can still engage in the typical Dishonored fun naturally, such as pausing time to shoot crossbow bolts at numerous enemies, or possessing a guard, walking him to a ledge and then observing with amusement as he plummets to an unfortunate demise.

If you enjoyed Dishonored, it goes without saying you should definitely play The Brigmore Witches. You must, however, make sure you’ve played The Knife of Dunwall first, since the two together form a bridging two-act narrative that is compelling and lengthy enough to be considered a full game in its own right. The world of Dishonored is so richly compelling and has such a singular aesthetic that it leaves you hoping that there will be a fully-fledged sequel someday. Until then, between The Knife of Dunwall and The Brigmore Witches, Arkane Studios have created some of the finest downloadable content since Grand Theft Auto IV. Like GTA IV’s The Ballad of Gay Tony, rather than extend the original plot, the Dishonored DLC supports the main story by focussing on a side character that runs parallel with the main game protagonist and interacts with him at a key point. Like the very best DLC, The Brigmore Witches builds upon the strengths of the main game whilst introducing its own touches. Neglect to play it and you truly must be dishonorable.