In 2007, Microsoft launched a service for PC games. It was called Games for Windows Live. The idea was that it would be an immediately recognizable mark on a game box of quality; that the game would have got through certification to be up to Microsoft’s high standards and would offer PC gamers a similar experience to that which Xbox 360 players enjoyed on their console. What we got was a complete disaster.

Games for Windows Live was a sluggish, clumsy piece of software that took ages to update, offered basic functionality, and mainly served as a DRM system which restricted and hampered gamers enjoyments of the products they had rightfully paid for. Microsoft never backed it with the same support they gave to Xbox, and the service languished in the shadows, quietly holding and stifling the games it was installed on. Microsoft has finally recognized the redundancy of GFWL, however, and are rumoured to be shutting down the entire service on 1st July 2014.

GFWL will not go down quietly, though, and its death is liable to take a fair few games with it screaming into the void. So here’s what we can gather is happening to some of the most prominent GFWL-enabled games, and what their publishers are planning to do (if anything) come the end of service. Seventy-three video games were blighted with the cancerous growth of GFWL and we still don’t know exactly how many will manage to survive after the lights are finally turned off. For a full list of games, I recommend checking out the PC Gaming Wiki where they breakdown what is known to be happening for each game.

Batman: Arkham Asylum/Batman: Arkham City
If you purchased the disc versions or non-Steam versions of Arkham Asylum or Arkham City, you can redeem your CD/game key on Steam and grab an updated version free of the GFWL shackles, as well as free from SecuROM. If you have the original game on disc, users are reporting this will upgrade you to the Game of the Year Edition free of charge. Hats off to Warner Bros! 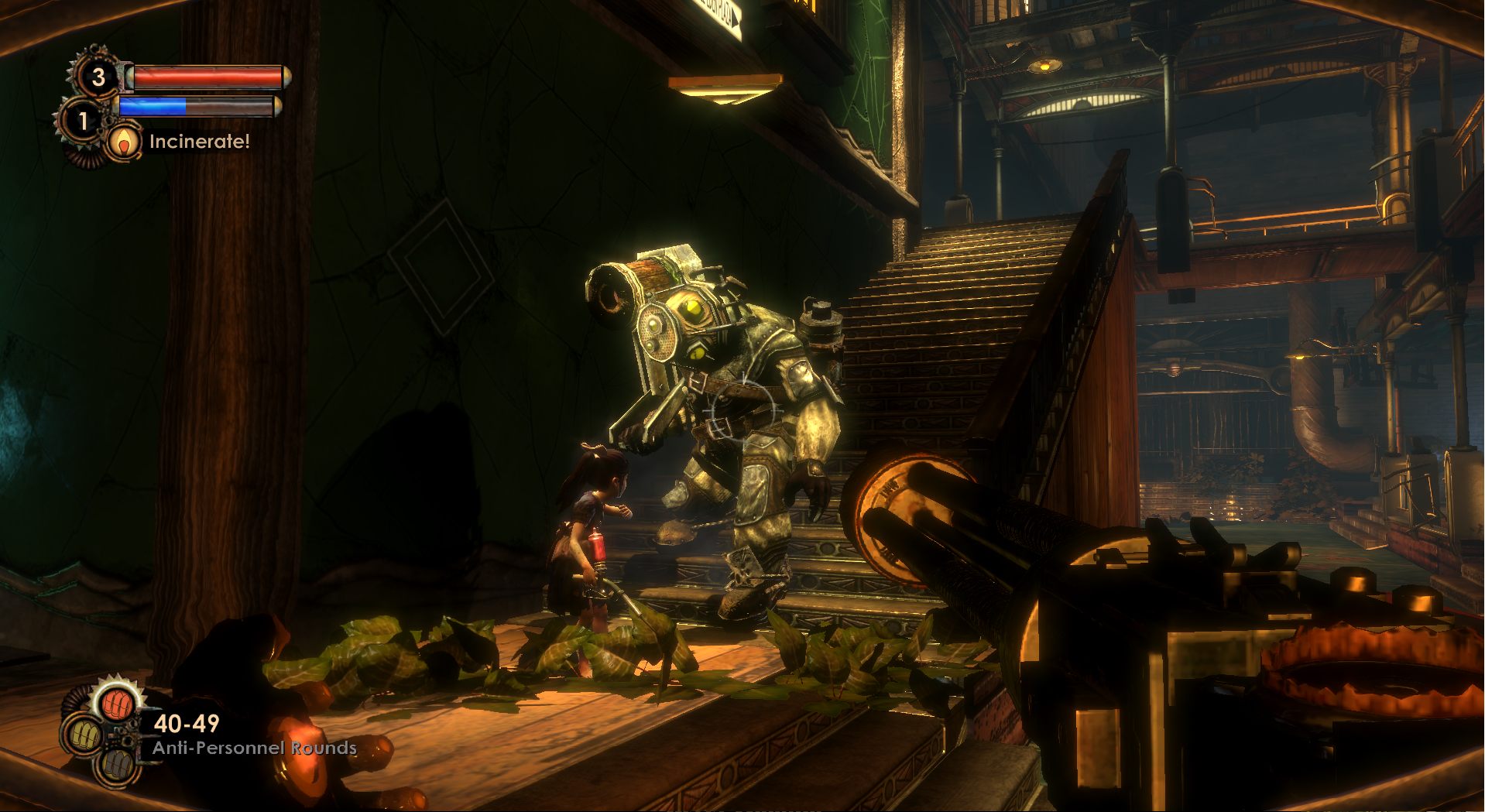 BioShock 2
If you have a disc-based or non-Steam version of BioShock 2, you can redeem it on Steam right now using your original CD/game key to get a shiny GFWL-free version (as well as free from SecuROM), plus all the DLC included for free, including the great add-on campaign Minerva’s Den. Hats off to 2K Games!

Dirt 3
Codemasters confirmed in January that they’ll be following the lead of Warner Bros and 2K by removing GFWL from the game, transitioning to Steamworks, and allowing anyone with a disc-based or non-Steam version to use their CD/game key to download a Steam version.  This has not yet been rolled out, however, and we’re still waiting for Codemasters to confirm when it will be ready.

Insanely Twisted Shadow Planet
Shadow Planet has likewise removed GFWL from the game and moved entirely to Steamworks, as well as adding achievement s and leaderboards. It’s unknown if you can get a Steamworks version if you purchased Shadow Planet directly via the GFWL Marketplace.

Red Faction: Guerrilla
Joystiq have reported that Nordic Games (the new owner of Red Faction since the demise of THQ) are planning to remove GFWL, but so far there has been no official announcement as regards to a timeline.

Age of Empires Online
As with all always-online games, AoE Online is reliant on available servers to run and interact with other players. Gas Powered Games developers have confirmed that Age of Empires Online will become completely unplayable after 1st July. It was nice knowing you.

Bulletstorm
Bulletstorm was quietly removed from Steam in March. You can still buy it on Origin, but currently it still requires GFWL and there is no word on whether this will be removed (seems unlikely at this point). It is liable to become unplayable unless action is taken by EA.

Dark Souls
I haven’t played Dark Souls, but I know it was lumbered with GFWL and that really irritated a lot of people, quite understandably. As of writing, Dark Souls currently still requires GFWL when launching and will not allow you to save the game unless you are logged in (Dark Souls II does not). I seriously hope this will be fixed by July, otherwise it massively hampers the playability of the game, considering it was only released in 2012.

Dead Rising 2/Dead Rising 2: Off the Record/Resident Evil 5
Capcom haven’t said a word with regards to the Dead Rising games, and the same goes for Resident Evil 5. For now, they still require GFWL when starting up, although if you have an offline GFWL account it will allow you to play without being connected to the Internet. Dead Rising and Resident Evil are still available via Steam. 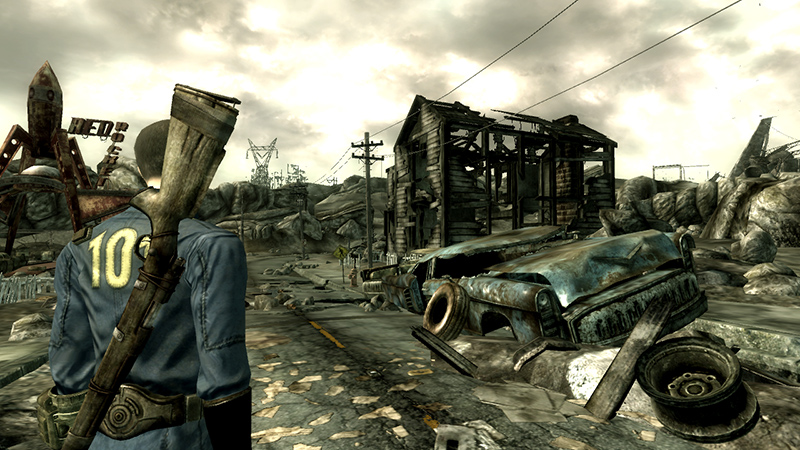 Fallout 3
I contacted Bethesda support to investigate what they planned to do for the myriad of Fallout 3 players who, like me, bought Fallout on disc at launch and also bought all the DLC through GFWL. Whilst for the time being you can still download your previously purchased content through GFWL (the GFWL Marketplace is already closed), it’s unlikely this will be possible once the service is completely shut down. Bethesda told me that they are still investigating what they will be doing with Fallout 3, if anything. For the time being they have removed the authentication step where GFWL requires you to enter your CD key, which means that the game no longer requires GFWL to launch.

Game Room
Sunset Riders is still not out. There is no word on the status of Game Room. In all likelihood, the entire game will cease to function. So no more Food Fight, Jungler, Pitfall, or Venetian Blinds.

Grand Theft Auto IV/Episodes from Liberty City
There is still no word from Rockstar about their plans for GTA IV and it currently requires GFWL when launching. I would hope Rockstar Games would simply patch GFWL out and allow it to boot into the game without it, but it would leave in limbo those people who bought the Episodes from Liberty City through the GFWL Marketplace. If Rockstar fail to act, it will further damage their standing amongst PC players, already tarnished by their refusal to discuss GTA V PC.

GameSpy Shutdown
In other news, it was also announced that GameSpy will be shutting down at the end of this month on 31st May 2014. Whilst GameSpy is not a DRM, it is required for multiplayer in numerous games. Although several titles such as Borderlands original, Civilization IV and older Battlefield games have announced their plans to support multiplayer after shutdown, while many other games including Crysis original, Medieval II: Total War and F.E.A.R. 2 haven’t said a word. Again, check the PC Gaming Wiki to see if your game if affected.