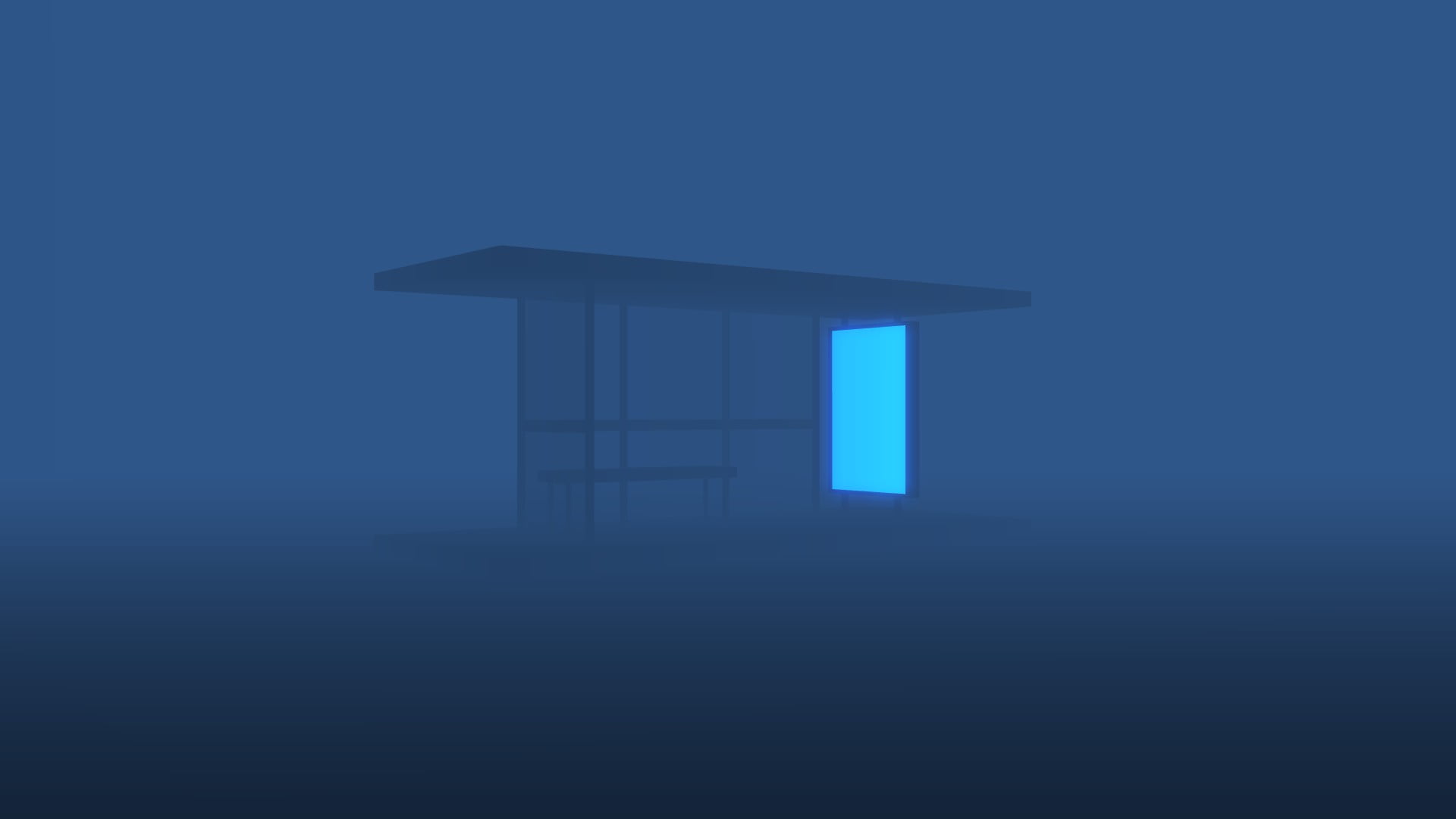 What are “non-places”? They’re the spaces we filter through so often that we pay them no mind. Bus stops, parking lots, lobbies, and so on. Places we spent a fair amount of time passing through, but never pay any attention to. Transitory spaces where our minds wander or we distract ourselves with our phones while we wait to reach our true destination. Islands: Non-Places from Carl Burton is an examination of those oft-forgotten spots, these utilitarian pieces of architecture, that imbues them with a touch of magic.

Islands is a series of vignettes. Each scene offers up a seemingly normal space and transforms it with a bit surrealism. A pair of escalators carry palm trees that stop for a shower before continuing upward, for instance, or eggs stepping off a bus to take refuge in a bus stop that becomes an incubator. The leap to the surreal isn’t instantaneous. It lulls you in by letting you take in the space in its most mundane and unassuming form before beginning to transform it, allowing you to appreciate the subtle beauty of these locales in their normal state.

Your main form of interaction with these scenes are through pulsating lights. Lamps, televisions, laptops, etc. Clicking on one when they pulsate causes the space to change. A hotel lobby starts to rain, the room steadily becoming flooded while a siren wails, the plants and furniture climbing upward to avoid the rising tide. Apartments emerge from parking spaces, their residents going about their lives completely unconcerned about the inherent strangeness of these circumstances.

The latter in particular feels especially surreal because of how normal it is. Watching eggs file off a bus or trees ascend an escalator is strange but alluring in how it repurposes the mundane into something new and interesting. They take something seemingly natural and nondescript and make it fascinating and worthy of close study. Likewise the moments where Islands delves into the mystic – luggage beginning gallop on an airport’s baggage pickup, for instance – achieve a similar sense of wonder and intrigue. By contrast, people coming home to their apartments hidden beneath a parking lot feels normal. The scene is by far Islands’ most mundane, as apart from where the homes emerge, it depicts nothing more than people going about their nightly routine. Flicking through TV channels, brushing their teeth before bed, and so on.

The juxtaposition of the normal and the surreal is what makes Islands so effective. Every scene transforms everyday urban fixtures into something wondrous and magical, injecting a bit of mystery into the places we consider the least interesting or noteworthy. Islands’ most effective scene, however, is one of the earliest involving a malfunctioning water fountain. By tapping on the lights surrounding the outer rim of the fountain, the repair mechanism activates and pulls the entire fountain upward, dredging up a large biomechanical pillar with it. Islands’ central theme of pairing the natural with the man-made is most apparent here, conveying the sense that you’ve stumbled upon something that changes how you view and understand the world.

If Islands has a goal, it’s that: to make you look at the world in a new light, to bring a sense of wonder and mystery to the places you’d least expect. And if there’s one thing the world could always use more of, it’s a bit of wonder.