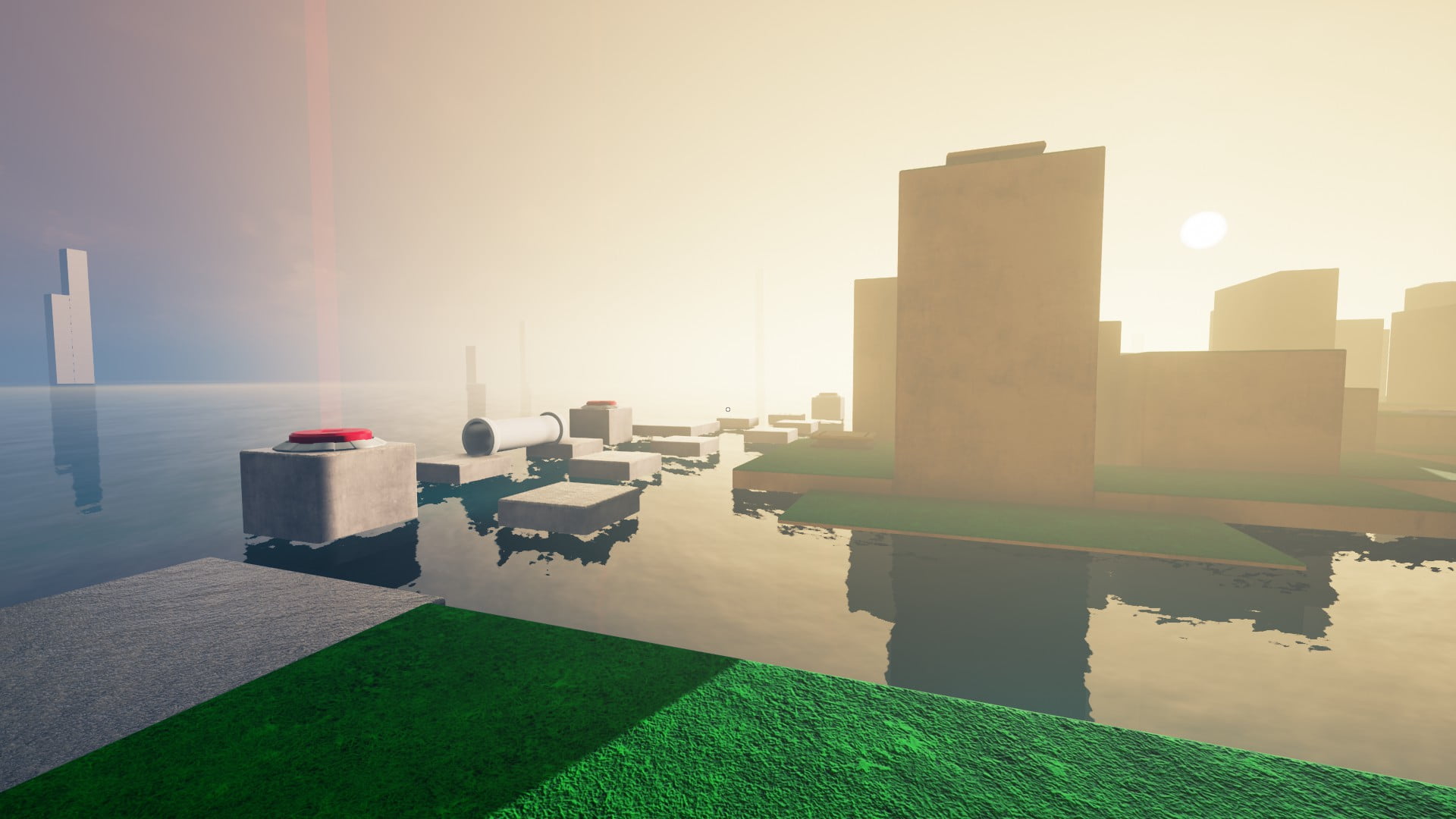 Refunct is one of those perfect examples of a pleasant surprise. I came across it by pure chance during the Steam Winter sale. Saw it was cheap (less than a dollar at the time) and that the reviews were good, so I figured it was worth a shot. Plus, it described itself as a “peaceful, short first-person platformer about restoring a vibrant world.” So right up my alley, basically.

Refunct sees you reactivating a dormant world. You begin on a small plot of land in the middle of the ocean at sunrise. As you move forward, you come across a large red button on the ground. By pressing it, a new set of islands rise from the ocean, another button resting atop one of them. The goal is to keep pressing these buttons until the entire landscape is restored. It’s a simple and brief experience (Steam put my playtime at 21 minutes), but a lovely one all the same.

It’s a game about the joy of movement. It distills the best parts of parkour, but without the frustration that often comes with traversal in first-person, because instead of throwing challenges at you, it allows you to simply roam about and have fun. There are cubes hidden about that require a touch of finesse to grab, but nothing that even begins to rank as difficult.

It’s a game about exploration. The world, simple though it may be, is full of gorgeous sights. The day/night cycle blankets the sea and islands in the soft glow of morning and evening. Viewing the world from underwater creates some especially wondrous sights. It’s easy to want to just find a nice place to sit and watch the days fly by, taking in the countless sights to behold.

But most of all, it’s a game that wants to put a smile on your face. Between the lovely views and the calming electronic soundtrack, it definitely succeeds at being very relaxing. Paired with the fun of moving through the space, it maintains a constant sense of enjoyment throughout. The reveal at the end of what the islands form when viewed from above along with the fireworks show that follows was a perfect, heartwarming surprise to end on.

Refunct is available on Steam for $2.99.