Shoot-‘em-ups are often known for being ridiculous, both in difficulty and the sheer chaos that erupts on-screen. That’s largely been the draw of such games, such that an entire sub-genre by the name “bullet-hell” exists. Problem is most of those shooters are too difficult for many folks (myself included, despite how much I enjoy some of them), leading many developers to try different takes on the genre.

Drifting Lands is one such game. From developer Alkemi, Drifting Lands sets out to be a more accessible take on the shoot-‘em-up. On this front it largely succeeds, providing smart ideas on how to accommodate players of all skill levels, both through the very ships you pilot and the steady climb of its difficulty curve. Unfortunately, it’s loot game inspirations undermine its strengths, hindering an otherwise solid and accessible shooter by turning it into a slow grind.

Drifting Lands emphasizes loot. You upgrade your ship components by using whatever you pick up from fallen foes. The components you receive are random, the better pieces of gear often coming with flaws to offset their higher stats. Flaws reduce certain stats, increase the stat requirements to equip new gear across the board, or add a chance of your auto-retreat skills from activating. You can try to remove those flaws by dismantling those components to create fabrication plans, but that also ends up being more expensive than just dealing with whatever small debuffs they impart.

In general, the loot system works fine. I received plenty of new gear after every level that I could sell off to keep myself flush with cash to upgrade my ship’s base stats. The problem lies in how it turns progression into a slog. No matter how much I upgrade my ship, it never feels like I’m getting stronger. While the numbers keep climbing, they don’t translate into any tangible difference. 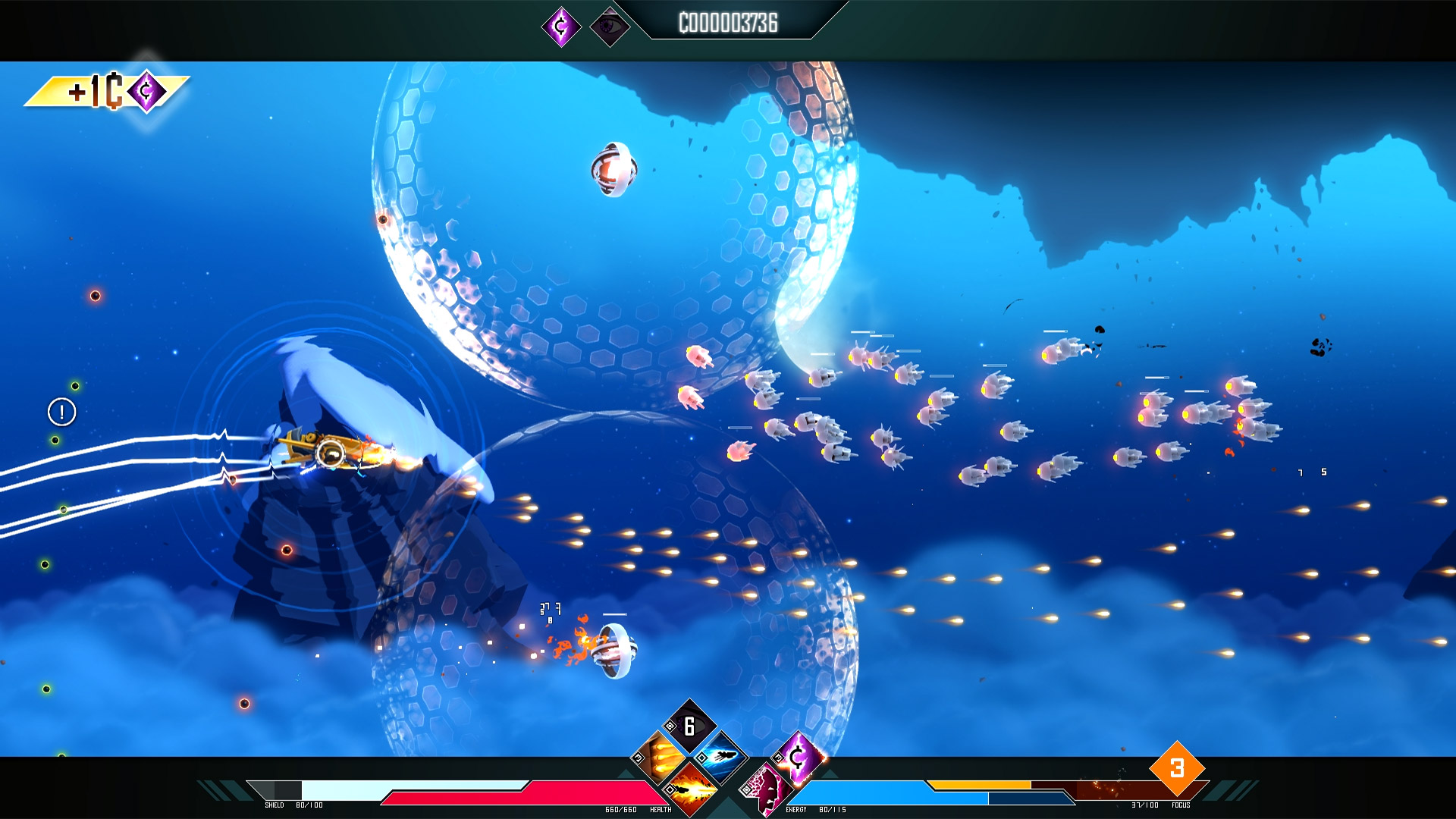 I’ve been upgrading my ship’s weapons frequently, my damage output constantly growing, but it never feels like it is. No matter how strong my ship’s gun becomes, enemies feel like they take the same amount of time to destroy. Meanwhile, they keep growing stronger, forcing me to play more defensively with each new mission.

Right now, I’m stuck on a mission where I have to destroy a convoy. The ships are long and well-armed, presenting few opportunities to attack it safely. Under normal circumstances, it’d be hard but manageable. But because I need to deal enough damage to deplete the health bar before all the ships escape, I’ve been unable to do it. I’m using the best weapons and skills available to me, dealing as much damage as I’m able, and still I end up constantly under-performing.

Usually the answer would be to keep trying until I work out the correct strategy to take it down. Instead, however, the answer seems to be that I need to grind for better gear in the hopes that I can increase my damage output just enough to succeed. I don’t mind grinding when I’m doing it of my own volition, but being forced into it because it feels like I have no other course of action is terrible.

It turns Drifting Lands into a numbers game. If your damage output isn’t high enough or your defense strong enough, it feels like failure is inevitable. It’s frustrating, because the game itself feels built for the sort of frenetic action that defines these types of shooters, but the focus on loot and stats dilutes it. Drifting Lands has plenty of strong ideas, but it’s hard to push forward when it forces you to grind for the mere chance at getting the right gear to survive.