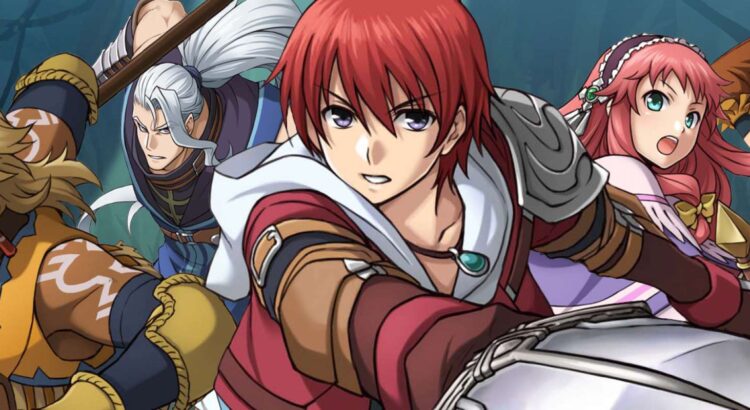 Ys: Memories of Celceta is my very first Ys game, and indeed one of the first Japanese action RPGs I’ve played. Going into Celceta completely fresh was a novel experience because I had absolutely no idea what I’d discover. What I found was a game stuffed full of charming characters, an interesting and lively world, and some engaging if fairly simplistic combat. Memories of Celceta was originally released as a PlayStation Vita title back in 2012, before eventually getting an up-scaled PC release in 2018. The PS4 version (officially a port of the PC version) was first released in Japan in 2019, and has finally made its way to the rest of the world this year. Despite at this point being a fairly old game, Memories of Celceta doesn’t feel dated in the slightest.

Memories of Celceta is set some years after the end of the Famicom and DOS game, Ys II. Red-haired perennial lead character Adol Christin is back, but as he stumbles into the frontier city of Caznan it’s discovered he has amnesia. Shortly thereafter Adol meets Duren, a surly information broker who decides to tag along with Adol after the pair manage to ably assist Casnan in clearing the local mine of monsters. The Governor-General, Griselda, decides to hire Adol and Duren for the task of making a comprehensive map of Celceta Forest; a vast and dense woodland filled with a wide variety of monsters and creatures. From here they set out on their quest, exploring Celceta and gradually piecing together what happened on Adol’s last adventure into the forest. Despite it being a well worn trope at this point, the game makes recovering Adol’s memories central to the experience, as you can find and collect memories in the environment and may even relive important memories in some scenes. The cast is large and the characters are great, even though there is minimal voice-acting. Time is taken to properly flesh out the world and make it compelling, meaning you’re always excited to uncover new areas of the map or visit new towns.

The gameplay eschews the traditional turned-based combat popular in a lot of Japanese RPGs in favour of real-time combat, like most of the other Ys games. You can attack with square, dodge with x and swap active character with square (with a maximum of three in your party at a time). All characters have a variety of special moves that can be used at any time, providing you have sufficient SP. These are usually more powerful and can help clear out a bunch of enemies at once. In addition there is also a super powerful EXTRA move that can be unleashed only when the EXTRA bar is full, which unleashes a devastating attack against your foe (particularly useful in boss fights). Additionally, characters deal different types of damage. For example, lead character Adol deals Slash damage, while his companion Duren deals Strike. Many enemies are weak to different attack types, meaning it’s often advantageous to switch characters. The gameplay is very simple and easy to learn, although switching characters was something I had to deliberately remind myself to do occasionally, given you’ve able to over-level your characters so that their attack weaknesses are mostly negated.

The overworld is a warren of twisting forest paths and forbidden cliffs, sunken swamps and sunny plains, populated by a vast menagerie of creatures. There aren’t any random encounters, but enemies will respawn after a while if you return to an area you previously cleared. The enemy variety is extremely varied and each enemy suits the location where it is discovered, from the spiders and slugs of the mines to the frogmen down by the river. Boss fights are certainly a step up in challenge from tacking normal enemies, requiring you to frequently swap characters and make judicious use of the dodge ability while also delving into your inventory to grab a potion. Alongside exploring the forest and its various dungeons, you’ll be making semi-frequent trips back to the various towns in the region to stock-up on supplies, spend some cash on upgrades and convert your resources. All enemies drop a variety of items, from flowers to bones, and there are several merchants dotted around who will allow you to convert quantities of low-quality items into a single higher quality one. The higher quality items can then be used on various upgrades and defences. It’s a nicely rewarding gameplay loop which means you feel like you’re always making progress, even when just slaying low-level creatures.

Visually the game certainly shows its age a bit. The visuals haven’t really been remastered but rather simply up-rezzed from the PlayStation Vita, meaning that the complexity of a lot of the environments is fairly low. It’s not a bad looking game though, and the aesthetic strengths shine through despite the low-fidelity graphics. That said the hand-drawn art work used in cutscenes and for character portraits looks superb, having been imported at much higher quality than originally on the Vita. Likewise the music is incredible, and by incredible I mean ludicrously catchy. The battle music and tracks played in various zones of the forest are so addictive I often found myself humming along while playing. I don’t know if it’s the kind of music I’d want to listen to outside of the game, but it’s the ideal partner for clearing a dungeon or two.

I thoroughly enjoyed my journey mapping out the wilds of Celceta Forest. The interesting lore, great characters and satisfyingly simple combat kept me engaged and entertained throughout. If in the past you’ve been put off from trying a JRPG fearing they are a complex timesink, Ys: Memories of Celceta is a fantastic place to dispel those aspersions. It doesn’t take a hundred hours to complete, but still gives you an experience that feels meaningful and worthwhile, combined with a combat system that doesn’t require memorizing button sequences or lots of fiddling in menus. I look forward to my next expedition into the woods.