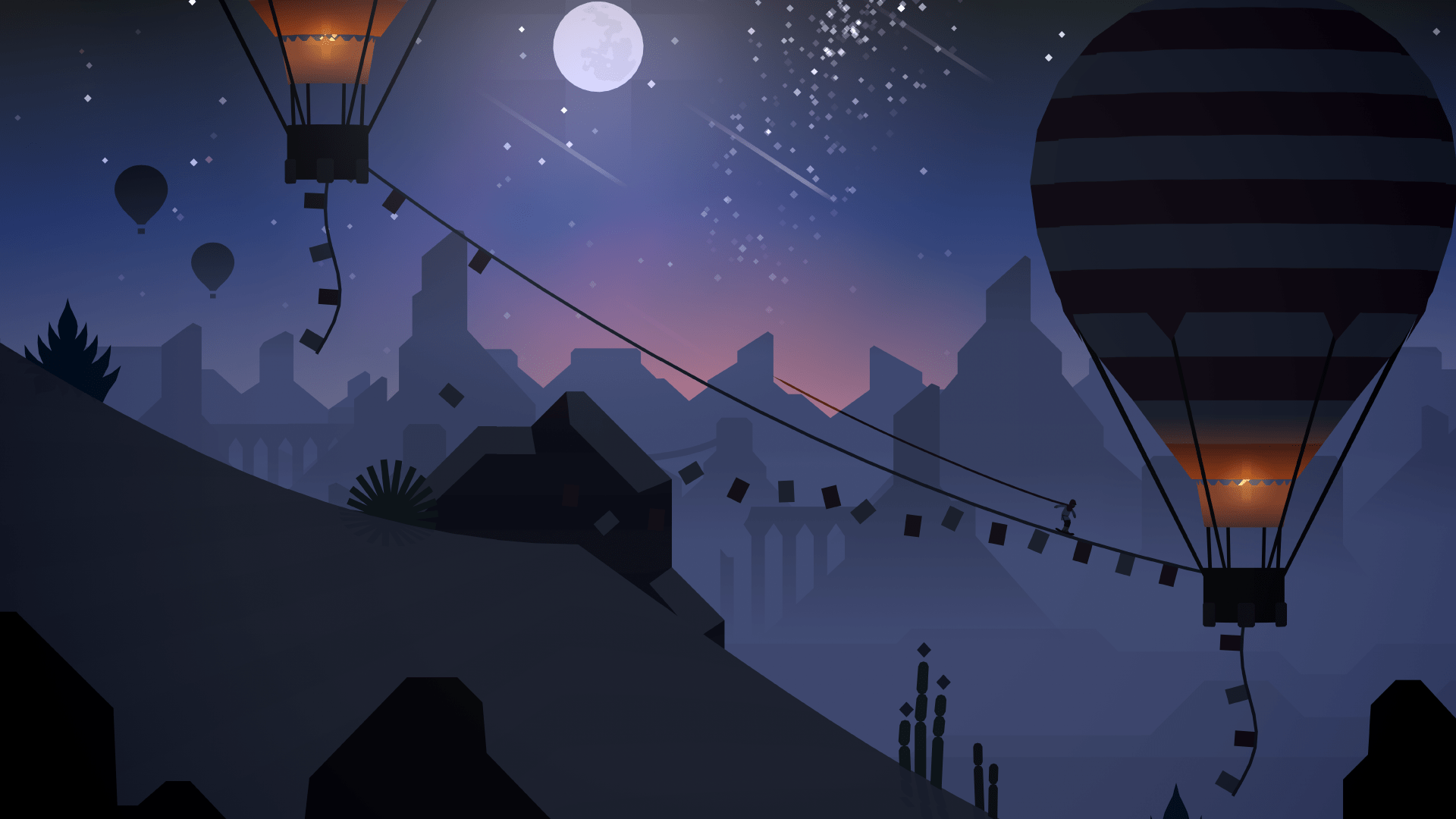 The Alto Collection is hitting the Epic Games Store today as a free download and it’s composed of two previously released iOS games, Alto’s Adventure from 2015 and 2018’s Alto’s Odyssey. Both offer extremely simple to pick up gameplay that helped make them a hit among the mobile crowd, so much so that even someone like me who very rarely plays anything on my phone even heard about them, in the same tone as the lovely Monument Valley games, two of the few downloads I tried on my now fairly antiquated Motorola phone.

There’s not much to these games if you’re looking for any sort of depth or difficulty of play. You play as Alto, a kid who rides a snowboard down a seemingly infinite slope. In Alto’s Adventure, your main goal is to gather Alto’s lost pack of llamas on your way down a snowy hill, while Alto’s Odyssey has you skating down a sandy and very Journey-esque environment. You control the direction his board is facing and can jump freely, also performing flips by holding one of the triggers that give you a boost if you land them safely, which work as a shield if you happen to hit a rock on your way down.

Every time you wipe out you have to start all over again, but in case you manage to complete the level’s objectives on that run, you’ll be able to start from the top and try to take on the next’s list of increasingly more difficult tasks. At first, things are quite straightforward and lead you into learning both games’ mechanics, like grinding for a certain amount of time on a rope tied to a baloon or nailing a big jump, but as you get further in, they get somewhat more demanding, having you skating for long stretches without wiping out, for instance (which is easier said than done!).

After spending some time playing these games included in the collection, it’s become quite clear why they’re such hits on phones. Not only are they really well designed in the presentational sense, sporting incredibly simple yet very beautiful and colorful visuals, but they’re also very fun and somewhat addicting in their straightforwardness. I honestly don’t know if I’d like these games this much if they were too demanding in their gameplay and not  relaxed like they are in just about every aspect of playing.

And for anyone looking for an even more chill way of skating, there’s zen mode, which does away with what little there is gating your progress, letting you freeform your way down the hill even if you crash. Now that’s what I call a chillaxing way of playing!

But don’t get me wrong, there’s still something in the way of progression in these games. By collecting coins as you make your way down you can eventually unlock a number of items and nicknacks, like a helmet that you can have Alto wear that will give him limited protection during crashes, or some cosmetic flourishes. These happen to be fairly expensive though, so I didn’t really see much of a point in collecting them all, but if you’re the sort who loves to go for 100% completion, there’s a lot to go for here.

There’s not a whole more to go on about The Alto Collection really. If you can, be sure to pick it up during the free week at the Epic Games Store and give these breezy games a go. You can’t go wrong.

The Alto Collection will also be available on PlayStation 4 the same day for North America and South America, and a week later, on the 20th, for European and Oceanic regions.