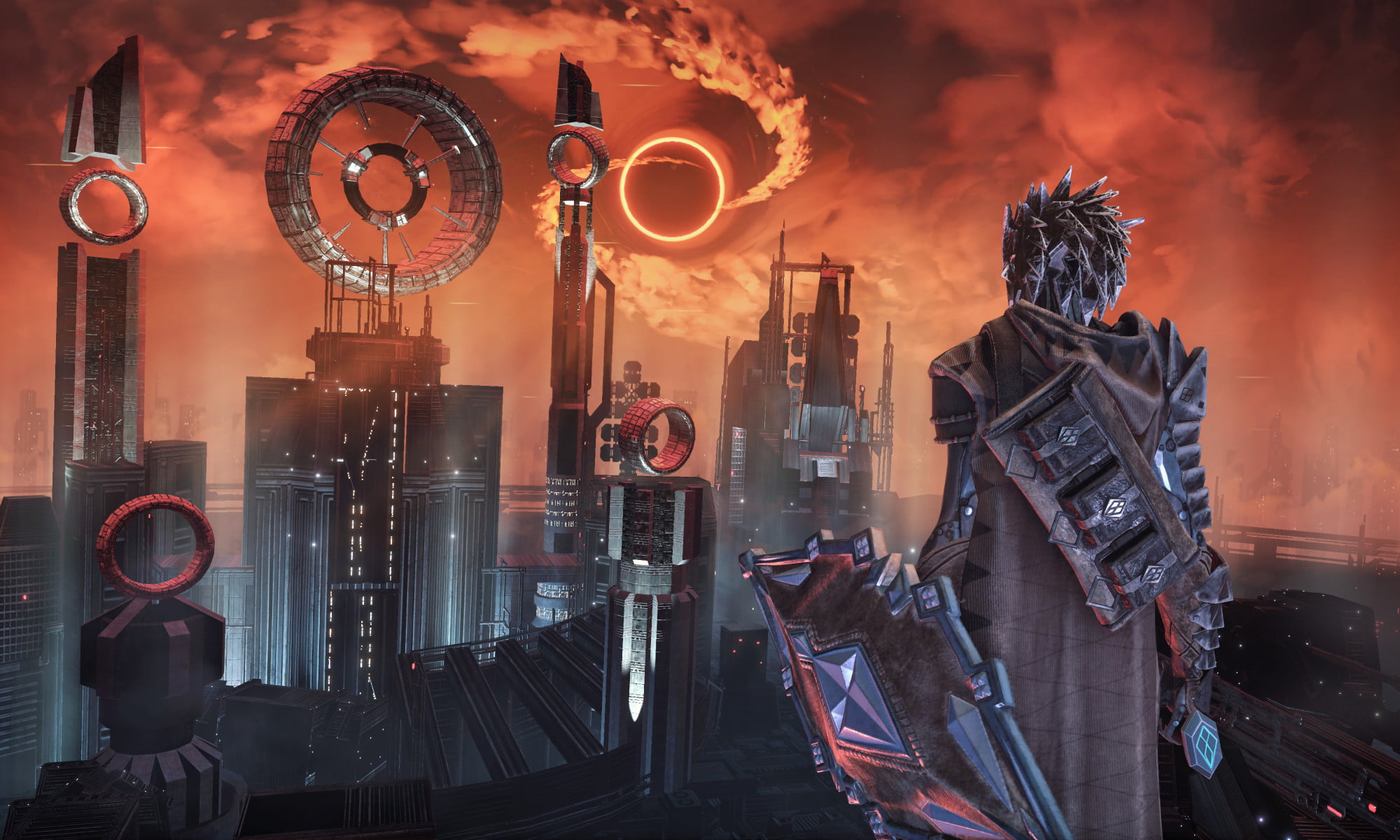 Hellpoint isn’t forthcoming with much of anything. The entire time I played, I felt lost. I had no idea where I should be going, what I should be doing. I was just wandering aimlessly, seeing where each path led, never knowing whether I was actually making progress or not. It was at times frustrating because I had no clear idea of which path was the one I should focus on first – what the game prescribes as the main route of progression – but it was also exciting.

It’s rare for games to truly make you feel lost. Most games are careful to ensure you always know where you’re going and what you’re doing at any given moment. No matter how large and intricate the space, the game will always make sure you never feel lost. Hellpoint isn’t. It’s closer to Hollow Knight, a game that similarly wasn’t afraid of letting you lose your way. It was willing — encouraging even — to let you get lost because it trusts you to find your way around its vast world. It had a clear progression, but you didn’t need to follow it all the way to access the wider world thanks to the many different roads you can use to access almost any area. Hellpoint attempts to take that same philosophy and apply it to Souls-likes.

Now, yes, I know – any sort of Souls-inspired game already deals in this to some degree. Dark Souls is famous for this because of how often new players would end up going down the wrong path at the start (into the graveyard or down the elevator) because of how it doesn’t immediately point you in the specific direction it wants you to go (up the stairs toward the aqueduct). But these moments are in service of pointing you toward the right direction. If you can’t make any progress on one road, try another until you find one you can handle because these games always have an intended path to follow.

Hellpoint doesn’t. Once you get past the initial opening area, the game throws you a bunch of different paths and doesn’t give you any indication which one you should follow. The game begins with your creation (literally) as a voice called The Author tells you to come to them. The very first area, The Embassy, is straightforward. It effortlessly directs you where you need to go by locking the one door that leads elsewhere. You fight a boss, meet The Author and get your objective – learn what happened here – and then it’s off to the Observatory, which serves as your base. From there you head to the Arcology, as it’s the only place you can go that you haven’t been yet and fight another boss.

Then the path splits.

At the heart of the Arcology, you have two doors before you. Both lead you to different districts of the city. Neither one is recommended as the “proper” path to follow, as either one will allow you to progress. The question becomes less, “which path should I take?” and more “which path will I take?” You won’t be locked out of anything by choosing either one. You’re simply deciding how to begin exploring the wider world of Hellpoint.

My entire playthrough saw me zigzagging around slowly making my way through each area before jumping to another, whether due to ending up there naturally or because I met resistance and decided to try elsewhere for a bit. I never had any leads besides whatever new keycard I picked up offered, so I’d just move to and fro getting a peek at whatever new area I’d opened up to see what it had in store.

There’s a certain relief to being able to easily move between areas rather than be stuck banging your head against whatever roadblock you’ve encountered. It in some ways makes Hellpoint more approachable since you aren’t being funneled down specific routes toward specific challenges. As long as you have the means, you can just go somewhere else. It’s easily the game’s greatest strength.

But it’s not enough.

For as enjoyable as wandering around can be, without a specific goal in mind, without a clearly defined objective or plot, it can feel a bit empty. Hellpoint is very light when it comes to story, relying mostly on lore tucked away in notes to convey info about its world and the events that transpired. And even then, what scraps you find are just that: scraps. Small bits of history or disjointed vignettes from before everything fell apart. On paper, that’s a perfectly fine approach. After all, the game’s setting is already in ruins. Trying to piece together everything from whatever you can find is thematically appropriate. In execution, it highlights how the complete lack of direction Hellpoint takes can backfire.

Roughly half-way through my playthrough, I was longing for any sort of story development. I’d been through plenty of areas, beaten quite a few bosses, but nothing came of any of it. No interactions with characters to shed some light on either what went down or at least the area around me or anything, as the few friendly faces I met merely sent me on my way. Nothing on the bosses I took down because a good number of them are just powered-up versions of regular enemies. At every turn, any chance at elucidation is squandered.

The only time I got any sort of acknowledgement of something happening was a quick message from the AI from the start of the game commending me for having collected a certain percentage of info. According to the game, I was getting closer to understanding what happened. But because most of the info gathered comes from minor actions – reading notes, activating new checkpoints – it doesn’t feel like some monumental event like it should. I wasn’t ever having some massive revelation or uncovering some key piece of information: I just read a random journal entry.

I didn’t feel any investment in the plot because it’s almost non-existent for most of the game, and when it does pop up, it’s hard to dredge up interest because it’s delivered in such a passive, slapdash fashion. For as much as the Souls series is derided for its stories being too vague, they at least feel like you’re constantly working toward something. You have a clear goal in mind and know the steps you’re taking to get there. You regularly interact with other characters who may provide some insight or at least give you an interesting bit of trivia. Hellpoint doesn’t do any of that. It just sets you loose into the world until you’ve done enough to unlock the end.

The game does finally kick the story into gear at the end with some decent reveals if you’re been paying attention to what little you’re able to learn, but by then, it’s too little too late. Without clear and frequent plot progression, everything feels disconnected and meaningless. As much as I enjoyed most of my time with Hellpoint — it’s a good Souls-like on the whole — the excitement of unfettered exploration alone can only sustain it for so long.