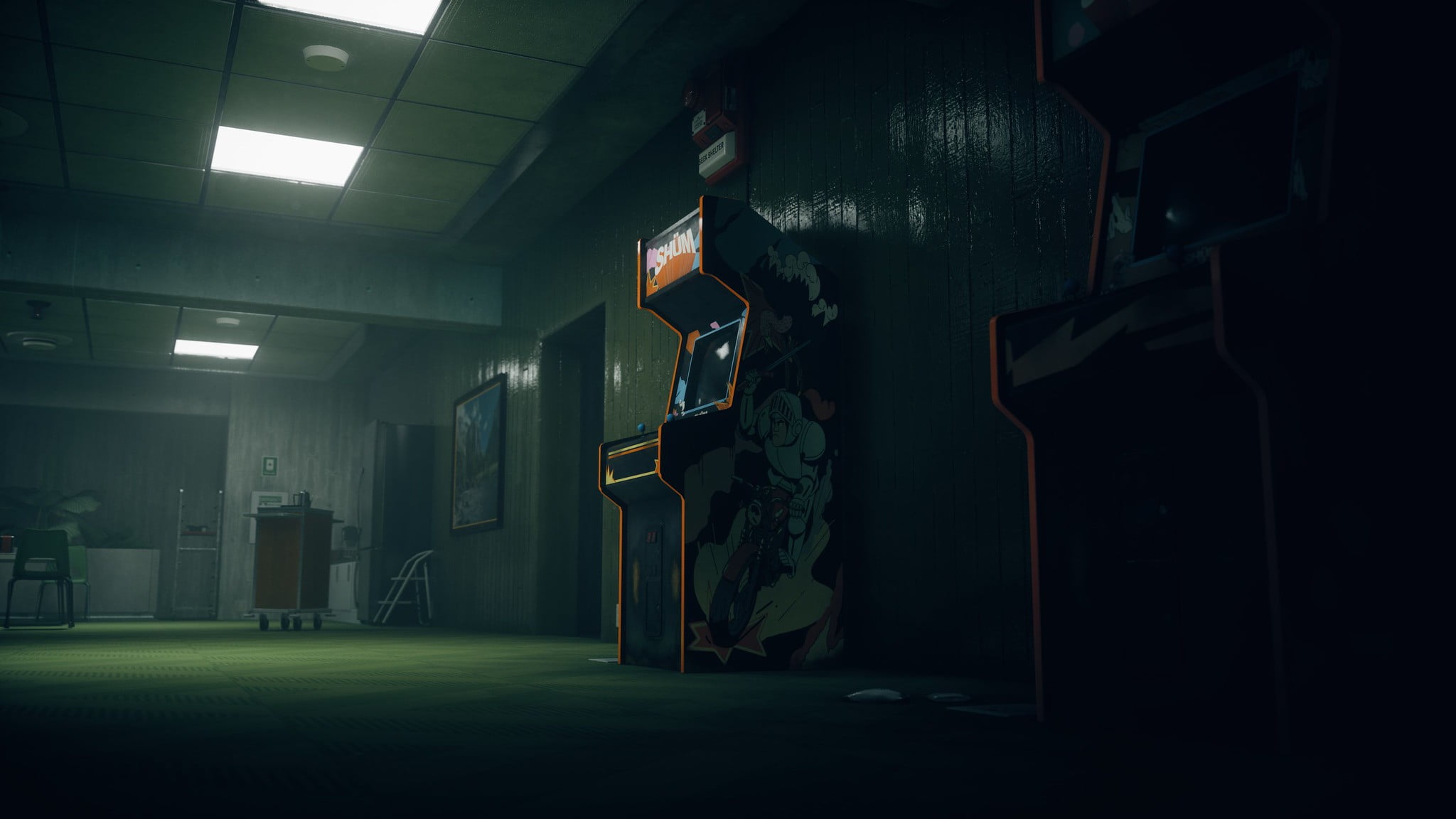 It’s no secret that Control was one of Entertainium’s favorite games of last year and for good reason: it’s Remedy’s finest game to date. Before Control came along, though, that title would probably have been given to 2010’s Alan Wake, a game set in the American Northwest that had the titular thriller novelist battle the forces of the Dark Presence, whose main weakness was light. It eventually got a pseudo sequel in the form of a downloadable game called Alan Wake’s American Nightmare which vaguely alluded to what might have happened to Alan after the events of Alan Wake, but nothing substantial.

Well, it took them ten years and many vague hints, but Control’s final piece of planned DLC titled Control: AWE (whether that stands for Alan Wake Experience or Altered World Event is debatable) has Federal Bureau of Control director Jesse Faden finally investigating his mysterious disappearance. A presence has been detected in The Oldest House’s Investigations Sector, leading to a new quest chain there with Jesse hunting down a new threat while diving deeper into Remedy’s continuing interconnected universe that’s tying all of their games together.

If you’ve played the main portion of Control, that connection between their games should be already known as plenty of documents scattered within the game make increasingly more direct allusions to Alan Wake and even Quantum Break, citing not only the locations where those games took place, but also their fictional in-game shows. Control: AWE has you finding a lot more material in regards to what happened at Cauldron Lake, WA and Bright Falls, the sleepy town where Alan had his confrontation with his twisted doppelganger Mr. Scratch and the insanity that followed. That’s not to mention a deeper participation in it all by his psychologist, Dr. Emil Hartman, another character who played a significant role in Alan Wake, and is part of the DLC.

The Investigations Sector, much like The Foundation’s slice of the Astral Plane down in the Maintenance Sector, is a separate map from the main game’s and is quite large. You spend a vast part of the DLC getting to explore it as you chase the nightmare that haunts these halls. This time Jesse doesn’t get to acquire any new powers, but there’s still a new gameplay element that’s introduced for Control: AWE: fighting the shadows with any light sources she can find along the way. While the main quest line tends to guide you in a more straightforward fashion than the previous DLC, the side activities will have you threading back to a few locations throughout the new sector with you helping the friendly janitor Ahti, looking into the events that led to a train crash, or even delivering some lost chain mail.

For the most part, I enjoyed Control: AWE more than I did The Foundation, not only because of its obvious tie-in to Alan Wake, but also due to how fast paced and to the point it is. I didn’t feel like any of the five hours I spent playing it were full of filler at all, something that DLCs tend to suffer from with an abundance of combat and no actual content to speak of. The boss encounters that take place during Control: AWE are also very well put together, throwing in light puzzles with the fighting that helped keep me on my toes and not just spamming telekinesis like I usually do in Control.

That’s not to say that these fights are light on challenge, they are a blast to get through thanks to the addition of a new flying Hiss enemy type with firearms that joins up with the shadowy antagonist of this DLC. During these, you can’t waste any time standing around in the darkness since it’ll suck away Faden’s powers unless she can escape to the light, forcing you to scour the combat arenas in search of batteries to feed generators and get the monster to move away.

You’ll also get to visit a familiar location from the base game, the Oceanview Motel that works as a bridge onto bits and pieces of the mystery surrounding Wake. It has you getting visions of his internal struggle and glimpses of his narration as he pokes a typewriter describing Jessie and the events taking place during the DLC. It’s all done in a very trademark Remedy batshit style and if you enjoyed how Control delivered its story, you’ll dig what this DLC has in store in that regard.

Honestly, given the amount of time since Alan Wake was released and its already very troubled development history, I’m glad that some sort of continuation of his story was greenlit, even if it’s through DLC for an entirely different game. By now I have accepted that Alan Wake 2 is probably never happening, but taking into account how Remedy is mixing all of their franchises into a big bowl, there’s still hope yet for something resembling closure to that piece of the story. And even if AWE doesn’t tie a bow in regards to Alan Wake, it’s a very good sign of what may yet come to be for our fashion disaster of a friend — blazers and hoodies were so out in 2010 and still are ten years later!