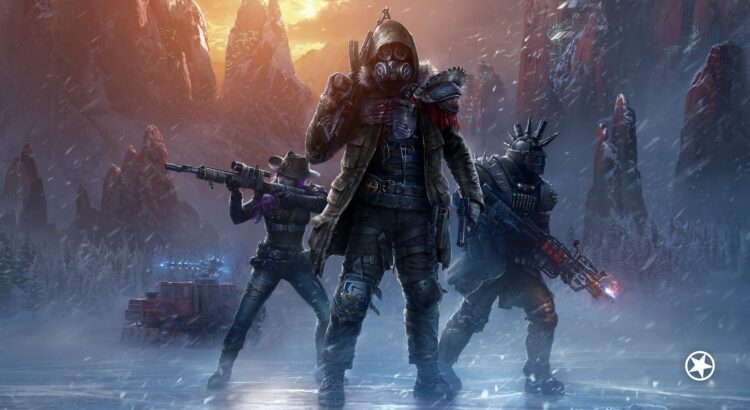 Taking place decades after the events of the past game, Wasteland 3 starts out in explosive fashion. As part of the Desert Rangers making their way to Colorado in search of help for your fellow members who stayed behind in Arizona, your convoy is attacked by the local hillbilly militia and you and your best friend end up the sole survivors. Your then numerous band of Rangers made their way to Colorado after word that the Patriarch, self proclaimed owner of the post-nuclear apocalyptic perpetually frozen wasteland in the Rockies, would provide your group with much needed supplies.

Obviously, his help doesn’t come free and there are plenty of strings attached: chief among them is wrangling in his three children who have rebelled against him. In return, he sets you up with a base, a previously abandoned emergency silo in the outskirts of Colorado Springs as well as fresh recruits for you to put together a team, dubbed Team November. You can stick to being loyal to the Patriarch’s whims or go about it your own way. It’s up to you to decide how to take things, but be aware that one way or the other there are consequences to everything that you will end up doing.

At the outset of the game, like in the previous Wasteland installments, you get to pick from pre-created duos or you can create your own before diving into your long adventure in the snow. The few options that are ready to go come with their own short backstories, such as the lovebird punk couple, or the daughter and emotionally distraught silent dad combo. They also come with a set of starting skills, and along with looks can also be changed up if you wish. Or you can start them from scratch. The amount of creation options at your disposal is quite big, allowing for plenty of room to tailor your toons to your liking pretty well.

The game plays a lot like the modern XCOMs, with combat taking place on an isometric grid that controls your movement and the range with which you can attack and use abilities during encounters. You get to control a squad of up to six characters, a minimum of three having to be custom creations while the rest are companions you recruit during your journey. These characters not only bring their own unique abilities to your party, but their personalities. They’re influenced by your decisions during quests and your reputation throughout the game’s world. Some might even end up leaving your posse altogether if you veer too far in one direction or the other.

Leveling up is what really makes your party members valuable. You can dole out points in three distinct categories: skills, stats, and perks. Skills define that character’s role on the field, like what kind of weapons they are proficient at using as well as other social abilities they might be good at. Things such as mechanics or survival, for instance; the higher the level they are at each of these, the higher the skill checks they can nail and make your life easier while playing, like repairing broken down machines you run into or avoid ambushes while out on the road.

Stats influence skills directly as they can buff them even further if you invest in the right categories, such as how awareness, speed, and intelligence play a role on how well someone handles a sniper rifle. Or by putting points into strength not only can a character dish out more damage, but also wear heavier armor. Deciding on what to invest in on these two also influences the perks that become available every couple of levels, and for each skill line there are a number of them you can put points in.

Say you’re big on explosives, at a certain skill level you can unlock a cataclysmic explosion that triggers whenever you score a direct hit during battle. Experimenting with these combinations is one of the best parts of Wasteland 3’s especially because there are so many possibilities and they play off extremely well between characters due to how flexible the game is when having wildly different party members interact among one another in combat.

That’s not even touching on the vast array of permutations when it comes to dealing with missions. The game stretches the notion of good and bad by having you skip up and around the morality scale pretty much all the time, and thanks to some excellent quest design, the game’s got some creative ways to get out some jams. That’s not to mention how easy or difficult they can end up being depending on your approach. Exchanges can sometimes end in bloodshed or be completely avoided depending on how you decide to play your crew’s skill checks. Too much of a hard ass to let some punks talk you down while you’re exploring some ruins down by Aspen? Bark at them some and watch them scurry away with their tails between their legs, or be a nerd and hack their turrets to shoot them instead.

You’re constantly getting thrown curve balls your way and that unpredictability is what makes Wasteland 3 so enjoyable. Fantastic writing also helps and there’s lots of it all throughout the game. Whether it’s the way people start talking about you the more you influence the world around you with your actions or the item descriptions full of humor, there’s always something to keep an eye out for or perk your ears at all times while exploring what Colorado has to offer. Colorful people like the Payasos, a Hispanic clown gang with a tendency for playing with dynamite, train station tattooed cannibals, and even the Gippers, fanatics who worship a robotic Ronald Reagan are just a few examples that do a tremendous job giving flavor to the absolutely bonkers far-flung future setting of this game.

Back when I previewed the game at the beginning of the year, I was already impressed by the sheer gamut of situations that Wasteland 3 put me in, but so far in my 30+ hours playing it has already blown my initial impressions out the water. That’s not to say that it’s not without some blemishes, and fortunately these come in the form of a few bugs that could hopefully be patched out of the game eventually. Things like incorrect shot percentages, skill activations and even team health bars popping up during combat, or the terrible pathfinding that’s currently in place for your AI-controlled characters while not nearly annoying enough to make me quit playing definitely soured my time with the game a bit.

Not to mention an issue I ran into with some of my save games that would refuse to load which I was thankfully able to circumvent thanks to my neurotic tendency to save scum. Then again, the loading in this is somewhat long even on an SSD, so having to go back even a few minutes can be a little annoying if you run into this problem. There’s already a laundry list of known issues that came with the pre-release code that I played for review on PC, so the devs are definitely aware of these gripes and will have fixes ready to go by the time the game hits shelves.

The quality aspects of Wasteland 3 far outweigh the technical issues, though. InXile has come a long way in terms of presentation with this game in comparison to the previous entry, sporting off impressive world design, environmental effects and voice acting, not to mention an incredible soundtrack that comes into play during some of the more pivotal combat encounters.

There wasn’t ever a moment when I was playing the game that I wasn’t immersed into it, outside of the aforementioned bugs and loading times. The setting that the team has managed to conjure up is truly mesmerizing and a lot of fun to explore and see what kind of trouble I could get into. And that’s enough to keep me going even after being done with this review as there’s still plenty of adventuring left if the touted 80 to 100 hours of game time are to be believed, which I’m more than invested in finding out.

It’s also worth noting how well Wasteland 3 plays on a controller. For the vast majority of my time playing, I used a DualShock 4 that was immediately recognized by the game and mapped to a specialized control scheme that fit in extremely well to the gameplay. Selecting skills and party members became second nature to me in a matter of minutes, and like Desperados III, it became my de facto way of playing. While it might seem at first that a game like this might be unplayable without a mouse and controller, that couldn’t be farther from the truth.

You can play the game completely solo, but there’s also some multiplayer to be had if you have a like-minded Ranger friend to tag along. On PC, that can be done via Steam or even over IP, and likewise, you can take one of your two starters to another version of the wasteland too if you hear the call. I’ve yet to try it out, the idea of bringing over a real-life person into my adventure sounds fascinating.

I will be even happier with Wasteland 3 once it’s patched and most of the bugs that bit me end up getting squashed. Even in its current state I’m having a grand ol’ time bringing some justice to the cold depths where no Ranger has dared to before. But for as much of a blast as I’m having out northeast in the cold, I hope I can make it back to sunny Arizona in time to save my fellow lawmen!

2 thoughts to “Review: Wasteland 3 is a great adventure that won’t leave you out in the cold”