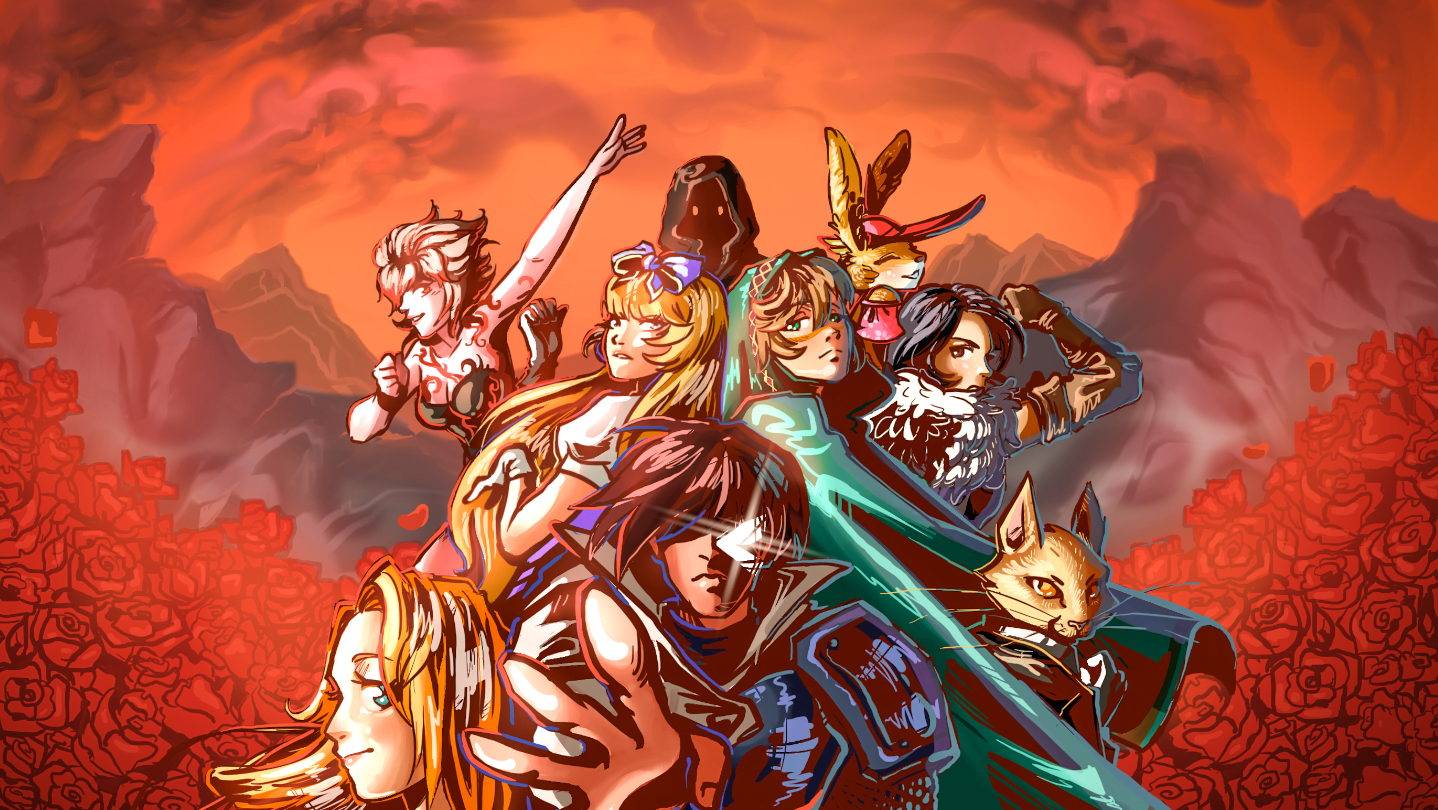 I’ve never really played any old-school, top-down Japanese-style RPGs. Indeed, apart from diving into the PC release of Persona 4 Golden this year, it is a genre that has eluded me, having not even played a single Final Fantasy (yes, not even VII). However, I know that the genre is renowned in many ways, from its deep and involving stories to a wide and colourful cast of characters.

The Revenant Prince, a new game from Indonesian developer Nomina Games takes inspiration from a number of classic JRPGs like Chrono Trigger (notably the latter’s time-bending mechanics), but also from newer titles such as Undertale. The result is an interesting fusion of styles and themes, with a very unique story underpinning the experience.

The titular Revenant Prince is your player-character, Troy, a soldier serving for the Lumerian Empire, a world-spanning force which has brought about an era of peace and prosperity, but at a terrible cost. Anyone who defies the authority of the Empire is ruthlessly hunted down and butchered. The game starts with you basically committing a war crime, executing a defenceless group of civilians. As a new recruit, Troy is horrified by what he witnesses and tries to rebel, but ultimately has to flee and become an outcast himself. All the while, Troy experiences a voice in his head which seems to indicate all this has happened before. Without spoiling it, time travel factors heavily into the story.

The plot is both interesting and well-delivered, and kept my attention despite the lack of voice-acting. Putting you in the role of the nominal antagonist and forcing you to shoot an unarmed civilian is a dramatic start to the story, and thanks to some good emotive writing, you come to feel attached to the world and its people as you watch Troy transform into a different person. The character portraits are very evocative and manage to get across each character’s personality well. The writing is surprisingly charming despite the quite dark subject matter, and helps to bring some levity after dramatic moments.

The game has a unique real-time combat system, which manages to mesh some turn-based traditions into it. Battles take place in the traditional random manner, but fighting involves selecting an attack and using it against your enemy in real-time, and then waiting for cooldowns before you can attack again. You have three weapons, each with different cooldowns and abilities. Enemies also have cooldowns, meaning fights are normally a process of making the most of your energy bar before waiting for it to recharge. You can select several different styles of attack which will use more or less of your stamina, as well as swapping weapons or calling in allies to assist (allies will not attack by default otherwise).

Finally, in some fights you can also decide not to attack at all. In a similar manner to Undertale, sometimes not attacking is a valid strategy, as is retreating. These decisions can affect the story, but most of the time you won’t be explicitly made aware if you make a decision. This can be rather frustrating, as without trying to escape from every battle you’re unsure as to whether an encounter can turn out differently or not, so I often tried to avoid attacking enemies unless there seemed like no other option.

I appreciate the battle system for trying something new, but I often found myself overwhelmed by what was happening (especially when you’re facing a large group of enemies) and while the system forces you to make choices quickly, this can lead to playing sloppily and making poor choices. Thankfully, if you do die during a battle, you’re given the option of trying the fight again rather than being forced back to your last save.

Artistically the 2D graphic style has been done a lot in many top-down RPGs, and it works well here too. Some of the environments are wonderfully lush, with lots of added detail such as leaves drifting in the wind or fireflies moving between the forest trees. There is also a wonderful orchestral soundtrack, suitably dramatic and sombre in equal measure. It really helps bring some of the areas in the world to life and add some additional depth.

The Revenant Prince has a lot of interesting ideas, most notably its different approach to a battle system and a story which presents a number of difficult ethical choices. The battle system takes a bit of getting used to, but if you run into trouble you can turn down how often enemies appear (except bosses) if you want to avoid encounters and focus on the story.  It doesn’t come together 100% of the time, but deserves praise for innovating in a new direction. For connoisseurs of the Japanese-RPG there is plenty to enjoy, but newbies will also find a rewarding experience.