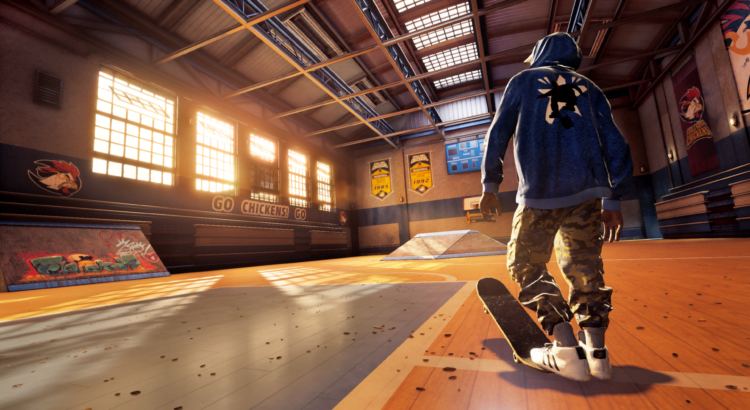 Bar none, Tony Hawk’s Pro Skater was the most influential game of my mid teens. It came out at the perfect time when I was 14 and helped me discover not only much of my musical taste, but also skateboarding culture as a whole. I wasn’t exactly ignorant of the latter thanks to Skate or Die! on NES when I was even younger, but man THPS and its sequel sure ate away many hours of my life back then.

Sadly, I eventually fell off the series after the third entry on PlayStation 2 and I never quite got back to playing any skateboarding videogames outside of EA’s Skate on and off. From the sidelines, I got to see the Tony Hawk franchise slowly die off with the numerous entries that followed, up until the numerous attempts at a revival like an actual sequel in 2015’s Tony Hawk’s Pro Skater 5 or even their first stab at a remaster three years earlier, both flops.

In just about every account, last week’s Tony Hawk’s Pro Skater 1+2 is the re-release the first two games in the franchise deserved. It maintains what made those games so great in the first place while modernizing them enough to feel fresh and totally playable to anyone who might have missed them when they were originally released.

It doesn’t just splash a fresh coat of paint on everything and call it a day, but respects its glorious past self by serving more like a real upgrade. Previous roster members don’t just get new higher polygon models and better textures, but they’re actually remodels that have aged along with the skaters they represent. Veterans like Birdman himself, Bob Burnquist, and Steve Caballero look their age and get to skate with new faces like Brazilian superstar Letícia Bufoni, Tony’s son Riley, and X Games gold medalist Lizzie Armanto, to name a few.

Old hangouts like the Hangar and Burnside have gotten upgrades in terms of visuals obviously, even going so far as including a really good HDR mode and manage to still feel familiar. Muscle memory makes its presence known as I nail gaps I had imprinted on my brain for the thousands of runs I made when I should’ve been studying for a Math test the next day instead. Tony Hawk’s Pro Skater 1+2 goes beyond the call of duty when it comes to rekindling awesome memories and at the same time keeping it fresh enough to make some new ones by being so faithful.

Tony Hawk’s Pro Skater 1+2 should be thought about more like a single package than just a mere fusing of two separate games. The collection itself only merely labels the two games as a mere way to list their levels via its menu. Everything else plays pretty much the same between the two, meaning that the core gameplay in the first Tony Hawk has been updated to include the host of improvements that were introduced in 2. Stuff like manuals, which revolutionized the way combos worked in the sequel by letting you naturally go off from trick to trick and rack up insane scores.

Then there’s the revert, yet another big addition that came in Tony Hawk’s Pro Skater 3 that’s also being made a part of the new iteration of the second game in this remake. It works in a similar fashion to the manual, but for vertical moves on the go so you don’t have to even touch the ground moving from ramp to ramp during your combos. The new moves don’t feel out of place and do a fantastic job bringing the old into a new light, of course along with the absurd amount of move repertoire customization options.

Speaking of customizing stuff, creating a skater of my own has been a mixed experience so far. I like just how much there is to pick from when it comes to tricks and stances, but having to buy equipment in order to get their look just right has been kind of a pain. Then again, getting more money is fairly easy thanks to the sheer amount of challenges you can tick off the list by normally playing through the game or actively going after them. Outside of the levels and their own set of tasks like attaining high scores, finding collectibles and hitting gaps, those challenges help add more replayability to these spots significantly.

That’s not to mention the sake park creation suite where you can put together your own mad locations. There’s already been a number of incredible stages I’ve come across like Braille Park which is honestly not at all like it sounds, trust me. I’m not the best when it comes to creating compelling content in open-ended games like Super Mario Maker, so getting to see what others come up with ends up being more fun than jumping in myself.

The idea of joining other skaters online sounded great to me back when I had to trek across town to get a PlayStation 2 network adapter for Tony Hawk’s Pro Skater 3 and it proved to be a ton of fun. These are now different times and I’m not that in love with the notion of jumping into a lobby to casually or competitively skate it off with randos, but it’s good to know the option’s there if I ever change my mind. It’s kind of nuts that multiplayer is so easy to get into now compared to how it was a few generations ago. Although my biggest surprise is being so indifferent to having it at the palm of my hand now instead of having to fiddle with settings or simply bolting an external add-on to my console. I guess I’m just spoiled now!

You know, “Ace of Spades” by Motörhead is one of the songs that springs into mind whenever I think of these games, so I was surprised to learn that it wasn’t in this new package. It’s because, duh, it wasn’t in either of the first two games to begin with, but in the third game. That’s just how much the three titles are melded in my mind at this point.

Still, I was a little disappointed to find out that a few of the actual tracks from the original releases weren’t making a return, but you know how licensing works. Stuff like Anthrax and Public Enemy’s “Bring the Noise,” one of my top tracks was rumored not to be included but ended up in the final release. There are also a few new additions which I’ve been tuning my ears to during my review time playing, like local Charlie Brown Jr’s “Confisco,” the rare non-English track in the game.

I could spend hours talking up the merits of playing these games digital pad-only, but god dammit if I’m not a convert to analog now. Not sure when the switch flipped in my brain and analog sticks suddenly became a good alternative to pulling off the multitude of moves that there are in this game, but it happened. If you’re anything like I was and swore off using the nubbin’ in favor of old fashioned pre DualShock-style controls, they work wonderfully here as well. Now if I could only regain my innate ability to get landings right, I’m still kinda rusty.

Vicarious Visions really hit it out of the skate park with the feel of old school Tony Hawk in this remake. This is their first ever Tony Hawk’s Pro Skater game for a big boy console — they developed a number of the excellent portable entries for GameBoy Advance and Nintendo DS in the past —  and it’s by far the ultimate version you’ll get to play of these modern classics.

Activision’s finally got a hit this time, let’s hope they keep the streak going and bring back the other two mainline games in the franchise back with the same amount of love that went into Tony Hawk’s Pro Skater 1+2. Until then, you can find me down at the mall’s hidden half pipe… you know the place!