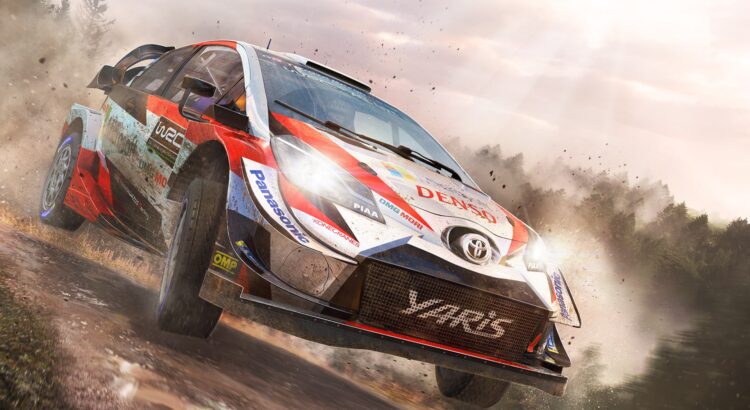 Kylotonn Games is back in action with another yearly installment of the World Rally Championship franchise, WRC 9. Although it’s a new game, it repeats the successes (but also the mistakes) of last year’s title in something that yet again feels good to play in general and will once again win over its natural followers. Let’s see what has changed (or not) since its predecessor and decide if WRC 9 is an upgrade worth your money.

Although WRC 9 is vast in the amount of categories and options for each player to find their place, the truth is that the absolute best content resides in Career mode (like most racing games of recent years), where you are put in the shoes of a new professional pilot who will have to progress during years of competition. You will participate in tests and then, depending on the quality shown, can choose your starting team.

On the heels of its predecessors, it relies on skill and progress points to be spent in the branches you prefer. For example, the player can start by unlocking a meteorologist for his team who will be able to predict the weather he’ll have in the following events and thus be able to prepare the car correctly. This can also be said to other types of professionals (mechanics, managers) which bring useful improvements. The intention is that you get better on the track not only because of your experience, but also because of the improvements made by the entire team after each race.

And since I mentioned the meteorologist, it is necessary to emphasize how good the dynamic climate system is in WRC 9 . Not only is it randomized and can change each track depending on how long it is, but it makes each scenario look incredible (racing at night under a thunderstorm is breathtaking). It is curious because for practical purposes, if you only give importance to the visual section, the scenarios usually look very good but the vehicles have a certain bland appearance that may not convince many, especially if you compare it with its main rival today, Dirt Rally 2.0.

Not only visually are the cars one step behind it, but also their behavior on the track. Not so much when you drive and take each corner correctly (which can be a bit difficult sometimes due to excessive twitchiness and inconsistent physics), but when you make mistakes: crashes still feel very unrealistic and some accidents are downright laughable. The ideal is to do each section perfectly, but we know mistakes happen. Unfortunately, this lack of attention to realism can take the player out of the experience, especially with the importance given to the mechanical problems caused in such accidents. This is something that already happened in last year’s WRC 8.

Where WRC 9 truly impresses is the options and possibilities given to each player in driving. Be as it may, it continues to be more focused on the simulation side, but the most novice players can opt for a series of aids that promote a much more dynamic, enjoyable and fun driving feel. Those who want to feel every little bump on the road will also have their chance. If you have a steering wheel, this is really the way to go since playing with a joystick makes some situations really difficult thanks to its excessive sensitivity. But there are many options that help WRC 9 to be at the forefront of the most accessible rally video games for all players, without neglecting veteran drivers.

What is not lacking in WRC 9 are the possibilities and play modes. If you are not interested in the career mode, there are many other possibilities. Stages or single rallies, full seasons with the driver of your choice, custom races, training sessions, challenges and a complete multiplayer mode that will also delight players who want to challenge themselves on competition with worldwide players. In fact, WRC 9’s bet on eSports is very evident by the number of tests and tournaments that are available to play since its launch.

WRC 9 is a feature-packed game, filled with options that every player can enjoy, regardless of their profile. However, compared to previous titles, the evolution is quite small and its worst flaws are still present, although they have been streamlined a bit. A great franchise which perhaps lags behind other references of the genre that have known how to evolve more constantly.