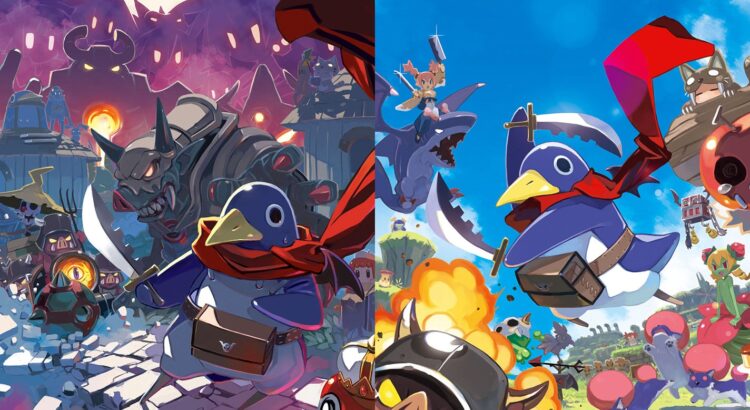 It’s kind of insane how writing about videogames can get if you’ve been doing it for long enough. Say what you will about the quality of anyone’s work back when they’re just starting out in any field, but it’s neat to think of just how much you might have produced if you stop and look back. In my case, I’m appreciative of just how much being part of this site and previous opportunities have given me over the years. They have opened up many doors and afforded me a chance to meet and even befriend some amazing people and attend a number of events locally and even overseas. I’m incredibly thankful for everything that has come from all of that work. And more so to  the folks who’ve supported me in the past, the ones who help me currently, and to those that will likely pop up in the future.

Pardon me for making that opening sound overly nostalgic, but hear me out… this ain’t me just sitting in my rocking chair reminiscing about my past. Out of the number of games I’ve written about before as a freelancer, Prinny 2: Dawn of Operation Panties, Dood! was definitely one of the hardest I was assigned back in 2011 when I wrote a review of it for Game Revolution. It’s insane to think that it’s been that long since then and that both Prinny games are now making a comeback as Switch ports, and that makes me a little nostalgic, what can I say.

They’re action platformer spin-offs of the hugely popular Nippon Ichi Software RPG series Disgaea where you control one of the cute Prinnies under the service of recurring character Demon Lord Etna. I wasn’t not particularly in love with its controls, which leave no room for error in your platforming. That, in turn, requires a lot of route and muscle memorization, thanks to its sometimes overly vicious level and gameplay design. Even so, I found Prinny 2 to be a particularly rewarding experience overall at the time, despite its flaws.

Nine years later, I could consider myself a different person than I was in 2011. But having had a chance to play a re-release of Prinny games on Switch in Prinny 1•2: Exploded and Reloaded, I was surprised to find it as charmingly devious as I did back then, but with some extra caveats. These stem from the general quality that these games have been ported in to the Switch.

Prinny 1•2: Exploded and Reloaded is a collection that can’t really be called a remaster per se (and to be fair, it’s not) since both of the titles included, Prinny: Can I Really Be the Hero? and Prinny 2: Dawn of Operation Panties, Dood! retain pretty much the same presentation as they did on PSP. And that shows. The visuals are way blurrier now due to the Switch’s display and thanks to the lower resolution 2D sprites and textures, not to mention low poly count models used in the background and foreground. And if you choose to play on TV mode, the graphics are even less pleasing to the eyes, unfortunately.

As for the sound — the voice samples in particular, which there are many throughout these games — come off as a tad tinier than in other more modern releases. The music is still great, though. Everything else about them, including the controls, works exactly the same as their previous PSP releases, whether you choose to play using the digital pad or analog, that is, they take a little while to get used to but are still serviceable.

In Prinny: Can I Really Be the Hero?, your dark mistress is pissed off because someone ate her favorite sweet, so it’s up to you and your 999 buddies to whip up a new batch by the next day, or else! You do that by scouring the Netherworld gathering ingredients in ever increasingly harder levels. They all start out rather straightforward but grow more and more difficult the closer you get to acquiring all of the collectibles, regardless of the order you choose to play them, which makes things a little more amusing in a sort of classic Mega Man way.

Thing is, as a Prinny you stand at the bottom of the demon food chain as a creature formed by the soul of all manner of criminals and pranksters who have died and now are being eternally punished for their actions in the afterlife as blue penguin-like demons who are wont to end sentences with the word Dood. And if anyone looks at you wrong, you are likely to explode. Really. Thankfully, your master has taken pity upon you and has given you a special scarf that you can wear in order to be able to be a little more resilient, but not too much. Armed with a pair of knives, your plump flightless butt is off to the platforming races. You can use it to stomp on enemies and dizzy them in order to take them out, including bosses, which you’ll run into at the end of every level.

The 999 count that I mentioned before in the review isn’t just for show either. You have 1000 Prinnies including your starter to get your mission done and please Etria, otherwise it’s game over. This might sound like a lot of lives and thus a piece of cake, but it’s surely not, especially on the Hell’s Finest difficulty setting, where one hit will end you. Dying is made ever more painful due to the fact that it throws you back to the last checkpoint that you butt-stomped, and that includes progress in boss fights. On standard, you get three scarfs but that doesn’t make any less of a doozy of a game!

If you tackle these games in order, you’ll find that Prinny 2: Dawn of Operation Panties, Dood! plays almost exactly like Prinny: Can I Really Be the Hero?, with a handful of added options. There are now three difficulties to pick from, the newest and easiest being Baby, which replaces scarfs for diapers (giving you four lives instead of the usual three), and covers traps with destructible blocks.

Say what you will about making games harder on yourself for extra enjoyment or being playfully picked on for deciding to turn things easier in order to get through a game, I don’t mind choosing to play this way now in 2020 nearly as much as I probably did nine years ago when I first tried Prinny 2. And it’s still a heck of a challenge even on “easy”.

Prinny 2 also introduces some new special attacks that can be performed by maxing out the combo meter. Both ‘Prinny Cyclone’ and ‘Prinnykaze’ work as crowd control of sorts that help give you some much welcome breathing room whenever in a pinch, not to mention that they make you feel like a devilish penguin badass when you pull them off at just the right time.

After finishing Prinny 2 for the first time and finally getting Etna her panties back — yes, really, there’s even a master thief you have to lure with a very rare item and everything in order to recover it — you’ll unlock a few cool bonus features. One is a boss rush mode, where, well, you fight a gauntlet of bosses instead of normally having to finish entire levels beforehand. Then there’s a new character to play as, Larhal, a Prinny of their own who’s got a few stronger variations to their attacks in comparison to the lowly Prinnies from the main game and satisfyingly overpowered.

The best part that comes with beating Prinny 2 though, is Asagi Wars: The Vengeance of Asagi. It’s a bonus mode where Prinny Asagi enters a Prinny-only televised tournament of sorts after not being invited, despite being canonically the very first Prinny ever to be created. Her HP hinges on the ratings based on her attacks instead of the usual life counts, so you need to keep it going so you’re not thrown off the air by performing combos and flashy moves to wow the audience of the TV show. It’s a neat conceit that adds an even thicker layer of challenge, not to mention much needed variety atop the already difficult but somewhat repetitive gameplay from the normal game.

In the end, your mileage will vary if you decide to play these games. If you enjoy the dose of challenge that comes with a lot of trial and error and success through pure repetition, and don’t mind sometimes cruel gameplay and level design in your games, you’ll find a lot to enjoy in Prinny 1•2: Exploded and Reloaded. Don’t be fooled by their cute anime exterior, these are tough as they come, so be ready to fail a whole lot, Dood.

Both Prinny: Can I Really Be the Hero? and Prinny 2: Dawn of Operation Panties Dood come bundled together in the physical release of Prinny 1•2: Exploded and Reloaded, but if you choose to go digitally, you can pick them up separately via the Nintendo eShop.