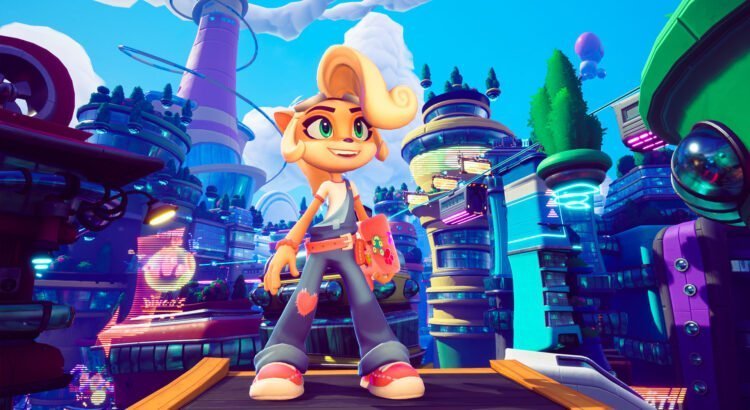 If you haven’t been gaming for too long, it might be hard to believe that a company that’s juggernaut these days like Naughty Dog, who’s basically known for crafting ridiculously high budget, multi-year projects that have been constantly under fire for being developed in exploitative work environments like The Last of Us Part II would ever have anything to do with cute and colorful mascots, but it’s true. Crash Bandicoot was one of the first PlayStation’s greatest hits, enough to push Crash into Sony’s comical (very 1990s) marketing. Over the course of three incredibly popular titles and a really darn good Mario Kart inspired spin-off, Naughty Dog was able to make a real name for themselves.

After the franchise left their hands, though, Crash hit a slump and eventually faded away into relative obscurity thanks to a number of not so great games. It’s funny how out of all possible companies, Activision would be the one to really bring our marsupial friend back to the spotlight with 2017’s Crash Bandicoot: N. Sane Trilogy and now what’s easily the best entry to date in the series, Crash Bandicoot 4: It’s About Time.

Developed by Toys For Bob, whose previous games like the many entries in Skylanders and Spyro Reignited Trilogy proved to be hits, even though the latter really didn’t hit it off with me. Even though it was drop dead gorgeous, the problem with that game was its strict adherence to the original games’ very shallow gameplay with little to no improvements. It resulted in something that only really die-hard fans that already were in love with Spyro would enjoy.

Crash Bandicoot 4 is on a whole other level. Admittedly, I was never a really big fan of Crash games on the original PlayStation and have never played any of the ones that came around after. But even so, this new entry really grabbed me. The main reason the old Crashes never gelled with me was my problem with depth perception in games and how those in particular were so invested in having a lot of into or out of the camera platforming.

While Crash Bandicoot 4’s very faithful to the previous games in that regard, it adds a key new feature: a shadow highlight that shows where you’ll land after jumping. Although it didn’t completely fix my problem and I still suck a lot at playing it, it made the game a whole lot more enjoyable to me. That added with the sheer beauty of its presentation, which brims with personality thanks to some great animation and lots of color, not to mention some awesome nostalgic yet new tunes helped keep me enthralled.

Then again, as with its PlayStation predecessors, this game is a very tough nut to crack. Regardless of picking modern or retro mode, you’ll find quite a challenge ahead of you in Crash Bandicoot 4. Retro basically serves it just as the original games, only giving you a certain number of lives before having you restart levels from the beginning; modern on the other hand gives you checkpoints which you can pick up from as many times needed. While that option might seem like the easy approach to this game, it’s anything but since checkpoints are placed relatively far from each other, and the level design here can get very tricky.

The game opens up with the Crash villains trapped in a parallel dimension until numskull Uka Uka unknowingly opens up a rift in time with which they escape and wreck all sorts of havoc in time. Crash and his friends spin to action in a number of levels strewn across time and space in order to put a stop to N. Cortex and co’s plans. Thanks to the borrowed power of the newly discovered quantum masks are able to pull some new tricks of their own, like turning into tornadoes and conjure up platforms from other dimensions, introducing some fun twists to the base platforming, not to mention the truly fantastic boss fights in between.

Levels are bunched up in themes and usually end up in one of those encounters before jumping into the next zone, and the devs have obviously had a lot of fun coming up with neat settings for sure. Things only get crazier the further you get into Crash Bandicoot 4, and the game gives you plenty of reasons to change stuff up or even go back and finish past levels.

N.Verted versions of stages have you replay the changed up versions of levels with added different graphical effects that shake the gameplay up, sometimes significantly, like the very first level in the game, where it’s basically a fog that only lets you see a few steps ahead. Flashbacks are shorter instances that have you platform in 2D and break as many boxes as you can; these are unlocked by finding tapes without dying a single time during the main game levels and are a blast to get through.

For those looking for something with lots of replayability, Crash Bandicoot 4 has plenty of it. Levels have a number of objectives to finish in order to unlock gems, like breaking all boxes and grabbing all the fruits, which unlock a number of new character skins. Then there’s the ability to play as a number of characters other than just Crash, like his sister Coco, Twana, their hookshot buddy from another dimension, and returning frenemies gravity-defying Dingodile and the insufferable Neo Cortex. While the first two play fairly similarly, basically being playable and interchangeable throughout the entire game, the others manage to feel fairly unique to play as, in their exclusive levels.

And if you were itching to ask about multiplayer, it’s got something that’s frankly better than any half-baked adversarial mode. It’s called Pass N. Play, where up to four players can cooperate through the game by passing the controller around after every death or checkpoint. If you’ve ever played games with siblings, this is the way your parents wanted you to share, but if you’re anything like me, your older brother probably hogged the controller the whole way through.

Considering the enormity of my backlog and how absolutely rubbish I am at playing to begin with, I for one am not likely to get anywhere near 100%ing Crash Bandicoot 4. But if I had all the time in the world as I did back as a teenager when the first three games hit the PlayStation, I would absolutely try. Out of the what I played of the franchise in the past, Crash Bandicoot 4: It’s About Time is the most enjoyable by far and a satisfying curtain call for the current console generation as the next quickly approaches.