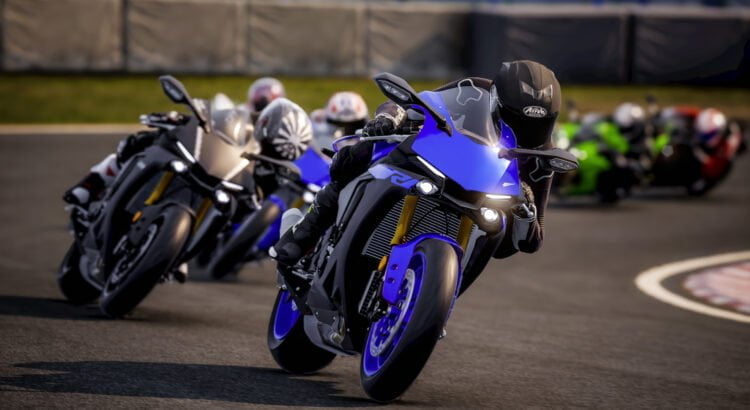 Motorcycle racing games are not as popular as car racing games, that is a fact. There are some famous game franchises that stand the test of time, like the MotoGP series, while others use bikes as a secondary game mechanic or an afterthought, like Driveclub. But both of these titles and several others are limited in the number of experiences and customization that can be done, in addition to having a gameplay that tends more to the arcade side than a realistic riding simulation. It was looking for something in that sense that Milestone Games decided to create the Ride series, which now reaches its fourth installment, Ride 4.

In the past, few titles attempted something like this: a more realistic and methodical simulation approach to motorcycle riding. The title that came closest to that was Tourist Trophy, created by Polyphony Digital, producer of the acclaimed Gran Turismo series in 2006. That game brought very advanced driving physics and, like the game on which it was based, offers a large list of circuits and machines from the most diverse manufacturers along with a very well structured career mode. Although I am an unconditional fan of car racing simulators, the possibility of experiencing similar situations with a motorcycle pleased me immensely. But the years passed and almost no motorcycle game followed the same premise… until Ride came along.

Now reaching its fourth edition, Ride 4 is a remarkable evolution from the original 2015 title in many aspects and seeks, as always, to offer new possibilities without neglecting its most important characteristics: a vast number of circuits, motorcycles, customization and racing events. Since its inception, Ride has sought to reach an audience that wants to experience the most varied aspects of riding, starting with low-displacement motorcycles and reaching powerful superbikes, capable of reaching absurd speeds. And all this valuing the feeling of driving in a realistic way taking into account aspects of physics that other games do not delve into.

Before we stick to the gameplay itself, it is important to analyze other aspects of the game starting with its presentation. Compared to its previous version, Ride 4 presents a cleaner and minimalist look, seeking elegance above all, although this approach gives a colder and more impersonal appearance than Ride 3’s house/garage. Regardless, the components in the menus are beautiful and the models of the motorcycles are impressive and amazingly varied. In addition, audio is another aspect in which Ride 4 stands out: the soundtrack is excellent as always with a great selection of original songs that accompanies the environment nicely.

In this edition, we have a few new manufacturers added to an already robust list. The usual suspects are back, like Aprilia, Ducati, Honda, Triumph, Yamaha and many others. But the most important is undoubtedly Harley-Davidson. This is one of the most important manufacturers on the planet that has been left out until now and arrives with three sports models including the LiveWire, its first 100% electric motorcycle. Customization is also back, with lots of licensed parts for your bike and your rider including new gear like suits, gloves and helmets.

The number of circuits is also impressive. There are thirty real circuits, including many famous race tracks and street circuits used in endurance races around the globe. And according to Milestone this is just the beginning, with new circuits to be added as DLC in the future. Unfortunately, it looks like there are only two new circuits to be added according to the DLC plan presented in the game’s website and both will be paid content. So if you want to have the complete Ride 4 experience, the available season pass is a must-buy.

Speaking of circuits, one of the biggest news in Ride 4 is the dynamic weather. Contrary to the weather selection in Ride 3, in which you select from 3 options that do not change during events, this new game features a complete dynamic weather system where it is possible to select the start time of the event, speed of time progression and environmental effects like fog and rain. These can change mid-race, adding another layer of realism and challenge.

And that brings us neatly to another improvement in Ride 4: visuals. Although it uses the same graphics engine as the previous edition (Unreal Engine 4), there was a visible evolution here: the tracks received greater detail, new textures and environmental sounds while the bikes also feature more detailed models and improved textures. Visually, Ride 4 looks much more realistic than the previous game.

This year, career mode is also different: this time the driver chooses in which region he wants to start his career (Americas, Europe or Asia) and focuses on winning events on the tracks in each region until he can advance to global events. It is an interesting evolution, which comes closer to mimic a real life racing career. The number of events is large and covers several categories and different types of motorcycles, which means that the player should not feel bored.

Unfortunately, when the rubber touches the asphalt, things are not as good as expected. Milestone Games says Ride 4 has had its gaming physics improved for an even more realistic feel. But it is not exactly what it seems. Compared to Ride 3, the bikes feel heavy and unwilling to change direction (even the smallest and lightest ones). Quick changes of direction in chicanes have become a nuisance, as the response is slow and requires the pilot to anticipate his actions even earlier and carry much less speed into them.

This accentuates another negative difference: braking. It feels like the brakes are never enough to slow down quickly. This requires the driver to start braking much earlier than before. That wouldn’t be so bad if the AI riders did the same… but they can brake much later and the bikes seem able to do it quickly. Very odd. I tried each and every option possible, turning each assist on and off multiple times on different scenarios but nothing really improved.

On the topic of AI, Milestone says this new game has an “advanced neural network agent” (dubbed A.N.N.A.) which uses machine learning to learn and adapt from you and from racing conditions, creating smarter and fiercer opponents. Well, I think it still has a long road to become a trustworthy and clean AI system because I can’t recall the number of times that AI riders took me out of the race or simply crashed at each other, causing piles of bikes on the floor right before me.

The sum of all these situations makes riding a burden and not a pleasure. Putting in this list the factor that most of the career missions involve an enormous degree of precision (very reminiscent of the Gran Turismo licencing events), the Ride 4 experience seems less pleasant and rewarding than before, which is a shame.

Ride 4 has enough elements to continue pleasing its fans, with new features that could take it to another level. But the evolution in presentation, graphics and many other aspects is insufficient when what really matters, the racing, has suffered a downgrade. Let’s hope that Milestone can make improvements in the riding aspect of the game via patches in the next months in order to please players. Meanwhile, back to Ride 3!