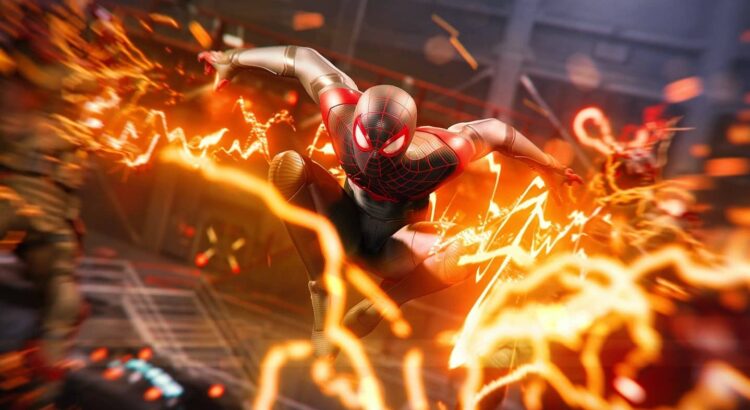 Coming of age stories are the bread and butter of entertainment media. Whether it’s Rocky’s ascendance to stardom from his humble beginnings as a mediocre brawler or whatever other underdog tale I could bring up, there’s something to the journey to greatness that’s absolutely gripping. In Spider-Man: Miles Morales’ case, we get to see a new superhero come to his own as New York is left in his care during Christmas break.

Marvel’s Spider-Man was already an astonishing game on its own, and to a sense, Spider-Man: Miles Morales manages to be even better thanks to its more concise scope and shorter length. While the map is pretty much the same between both titles, there just isn’t as much fluff to get around to in the go-to-go of Miles’ turn at web-slinging. Granted, the basic gameplay remains the same — that is, story missions that are interspersed with some free-form side quests — but thanks to an activity tracker, the flow of the game feels a lot snappier and natural.

And while you’re still playing as a Spider-Man in Miles Morales, the new version is even slinkier and faster than Peter Parker. There are also a number of new electric powers that help make playing as Miles both familiar and different. Plus he can turn invisible, which comes in extremely handy when trying to tackle stealth situations and get out of pinches during brawls.

The fighting in the original Spider-Man was probably one of my least favorite aspects of that game, and while I’m still not a huge fan of it in Spider-Man: Miles Morales, Insomniac has made it more manageable thanks to the faster pace in how Miles’ suite of powers unlock throughout the course of the game. The stream of new enemy types that pop up also help in adding much needed variety to encounters, especially towards the late game missions where the usual chaos ensues.

Another part of this game that shines, just as the original, is the story and character development. Miles was already a part of the first Spider-Man, and only at the end of that did he start developing powers, so when the new game begins, he’s already had some time to learn how to use his new skills. Thankfully, we’re spared from having to endure an origin story, but at the same time there’s still a lot of space for growth to Miles throughout the game, both as a hero and in his personal life, moving to Harlem after the death of his father at the end of the last Spider-Man.

There’s much to say about brevity in games, and in this regard, Spider-Man: Miles Morales masterfully avoids overstaying its welcome. As with the previous one, there’s a lot to see and do during and after the story, but if you’re only interested in bee-lining to its conclusion, the game will still feel like a full experience.

And for completionists there’s new game plus, where the entirety of Miles’ skill trees open up and you’re truly able to max out his powers, not to mention a new set of suits to unlock and even craft by spending collectibles you earn by completing extra missions and exploring New York.

Into the Spiderverse did an incredible job introducing Miles Morales to the world a couple of years ago, and now Insomniac has brought a fantastic game for him to star in. Regardless of where you end up playing it, whether it’s on PlayStation 4 or 5, Spider-Man: Miles Morales is a must play.