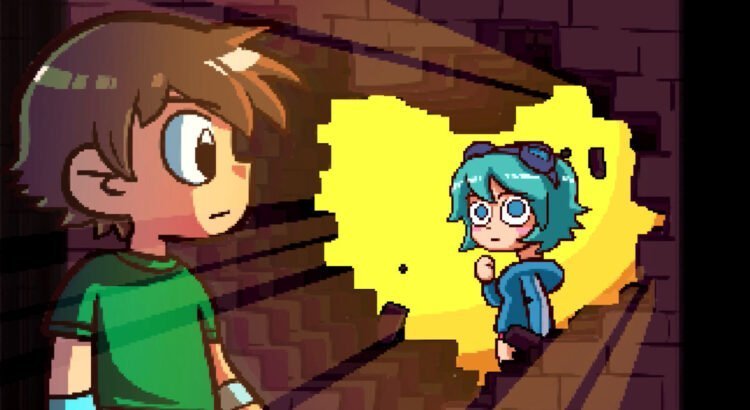 It’s funny how much of a cult hit the Scott Pilgrim brand turned out to be. Starting out as an underground comic of sorts by Bryan Lee O’Malley, it eventually spawned a fairly popular movie starring Michael Cera and Mary Elizabeth Winstead in 2010. Didn’t take too long for a game to pop up considering all of the fan service within both the movie and the books, and that also turned out to be pretty good.

Developed by Ubisoft and with famed composer Anamanaguchi minding its tunes, Scott Pilgrim Vs The World: The Game was released for both the Xbox 360 and PlayStation 3. It was one of the best examples of pixel art animated games ever released, and one that would inspire a ton of future releases in the coming years. Sadly, more than ten years after its original release — oh man, it HAS been that long, hasn’t it?! — fans have been clamoring both Ubisoft and O’Malley for a re-release, but due to licensing issues, the game hasn’t been available since it was first out.

Thankfully, for once public demand was actually heard and a new version is out, now under the even longer name Scott Pilgrim Vs The World: The Game – Complete Edition, featuring all of previously paid DLC, which include Knives Chau, a very popular character from the comic as a selectable fighter. Oh yeah, if you’ve somehow made it all the way into this review without prior knowledge of just what the heck this game is, a primer — it’s a beat ‘em up in the vein of Streets of Rage and Final Fight that follows the plot of Scott Pilgrim as he battles all seven of his girlfriend Ramona Flowers’ evil ex-boyfriends.

The game pretty much plays like its inspirations, with a touch of River City Ransom (or the most recent entry in the franchise, the excellent River City Girls), in the way whoever you’re playing with can gain levels and use cash (in the fiction, Canadian looneys) to buy restorative and even stat buffing items. Between levels, you get a really neat world map in the flavor of Super Mario Bros 3 as you move from the different thematic worlds on your way to conquering — or at least help clueless Scott — Ramona’s heart for good.

Even 10+ years in, the most striking part of Scott Pilgrim Vs The World: The Game are its visuals since the actual gameplay is more button-mashy than anything else. The character animation is incredibly detailed and at the same time hilariously cartoony. Every one of the game’s levels has a taste of its own, from the bustling but still damn cold Toronto shopping streets to a movie studio full of insane sets and even crazier costumed enemies to beat the crap out of. It goes without mentioning that Anamanaguchi absolutely killed it in the soundtrack too.

As with most brawlers, Scott Pilgrim is much better played with friends, especially because it’s on the cheap side when playing solo, something that could’ve been improved in the re-release. So it’s a good thing that you can have your buddies along either locally or online (which is a brand new inclusion to the new version), and that’s definitely the way to go to play this game. They can jump in and out at any time during the story mode or join you for any of the others, like the boss rush one where it’s a gauntlet against all of the evil boyfriends.

It’s really cool to see a whole new generation getting a chance to play Scott Pilgrim Vs The World: The Game in 2021. Back when I first reviewed the game for GameRevolution eleven years ago — yeah, feeling old for sure — I appreciated what it was going for but had the same issues I still hold up in this re-release. It’s most definitely recommended for multiplayer, so if you do indeed have some folks to play it through with, don’t miss the chance to play one of the best looking retro-inspired games around. But if you’re in it only for the single player, you might be left disappointed by how unbalanced it can be.