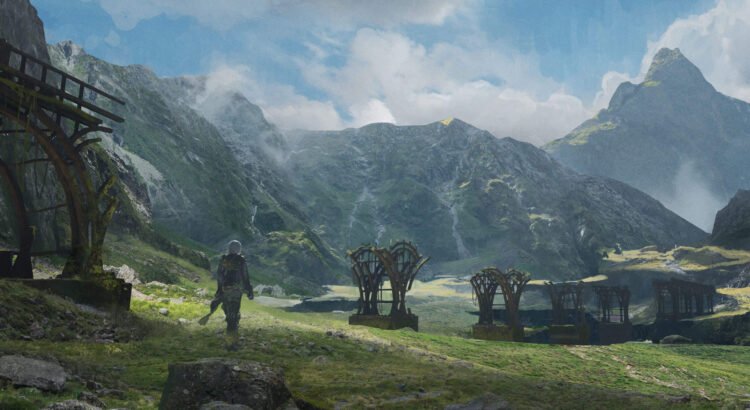 Nier Automata proved to be a critical and commercial hit in 2017, but that has not always been the case for the franchise. Spawned as a spin-off of Drakengard, a hack ‘n slash and very anime series of games, the original Nier didn’t make it out of Japan and onto Western shores unscathed. At its outset, that game had two distinct versions: an Xbox 360 game called Nier Gestalt and another called Nier Replicant, which came out for PlayStation 3 as a Japan-only title. Only Nier Gestalt eventually saw a release worldwide, apparently due to pressure from the American branch of Square Enix.

Both of the games that composed the first Nier were fairly similar in terms of concept, with different execution, with Gestalt being the one starred by a strong and buff protagonist who’s after a cure for the Black Scrawl disease that afflicts his daughter Yonah; Replicant, on the other hand, has you play as a younger version of hero Nier instead, on a quest to save his sister, who’s also named Yonah, in a post-post-apocalyptic Earth in the far flung and curiously low-fi future.

The version that did end up coming out outside of Japan ended up becoming a cult hit over the years, prompting the eventual production of Automata, a game I’ve yet to finish but admire nonetheless for its approach to storytelling, having you finish it numerous times in order to grasp the entirety of its sprawling and frankly fascinating narrative that deals with technology and the life that spawns from it in the form of A.I. Years later, franchise director Yoko Taro and developer Toylogic are at it again with Nier Replicant (abbreviated) ver.1.22, an updated version of the Nier game the West never got to see, with a host of added features.

While certainly beautiful at points and with a good story to boot, this new version of the game suffers from some serious pacing issues for what I’d call its first act, or to put it more bluntly, its first ten or so hours of gameplay. It’s still very much a game of its time, with lots of running around and doing repetitive tasks, exploring boringly put together dungeons and button mashing your way through combat. It’s really only after getting through this long stretch of the game that it starts coming together, and when its second act picks up, it truly gets going.

That’s not to say Nier Replicant is a terrible time, but it certainly took me a fair amount of will and patience not to just drop it altogether during that initial portion. If you’ve spent any time playing Nier Automata, you’ll know how Replicant plays right away since they’re both very similar especially when it comes to combat — that is, a lot of dodging projectiles similar to a bullet hell shooter with melee in between. During these first ten hours, Nier doesn’t have access to a whole lot of moves or weapon types, and it’s only through the magic spells, or Sealed Verses as the game calls them, that there’s any real variety to his repertoire. When the second act drops, he’s able to wield a wider array of weapons, which thankfully makes fighting way quicker to deal with.

The real draw to Nier Replicant, like Nier Automata, really, is its story and the characters you meet throughout the story. Nier himself is your run-of-the-mill good kid with a heart of gold, making for a good companion to Grimwald Weiss, a sentient magic book with a charming personality who he befriends during the intro to the game, who plays a key role in the fight against the evil Grimwald Noir, the source of the shades who you’ll fight during the game. It doesn’t take long until they run into Kainé, a foul-mouthed and scantily clad young woman who’s pretty good with a blade, and Emil, a boy who’s cursed with the power to petrify whatever he lays eyes on. That merry band’s relationship grows as Nier Replicant progresses, and without spoiling too much of what takes place in the game, you’ll eventually also get acquainted with the moon-faced and grinning character Yoko Taro’s so fond of wearing a mask of, which has become a trademark of his quirky and reclusive public persona.

Since one of your main allies is a magic book, the pages that are contained within him play a major role during the game, not only as the aforementioned spells that you use during combat, but also as power-ups to Nier’s skills. The more you fight, the more words you discover that you can set into your equipment in order to raise core stats or apply effects to your weapons, like poison and paralyze, which come in handy when fighting the hordes of shades that will perpetually stand in your way throughout the game as both normal enemies and bosses.

The boss fights are somewhat more exciting than the usual battles, although they tend to be a little on the cheap side due to Nier Replicant’s terrible camera that obscures the action and doesn’t let you see what’s going on above you, where it’s usually where the bosses tend to attack from. That, with the added annoyance of very slow to respond controls, makes most battles really a test of attrition, and it seems the developers know that since there are a ton of healing items thrown your way at every turn. There’ll be hardly a moment where your inventory won’t be topped off.

But for as gripping as its story might be, Nier Replicant’s world is a chore to explore initially. You’re running back and forth to and from your village as Nier’s quest to cure his sister takes him to a host of different locations, and it’s only until the second act that a fast travel option becomes available. The maps are large and very sparse, with enemies peppered throughout with little else to do when travelling from point to point. The locales that you visit also suffer from having been brought over from a mid-gen PlayStation 3 game: they hardly feature a whole lot of interactivity outside of one specific town where a very peculiar group of people lives that has you figuring out how to navigate it before you can explore it freely.

Then again, it might just be me not really getting this game because I’m not a die-hard Nier fan to begin with. I’ve already mentioned that I ended up putting Automata aside even though I enjoyed the story it told, and that was due to the same issues that Replicant suffers from. I know that eventually I’ll be going back to the former after finishing the latter, but man, it’s been rough trying to force my way through what I’d otherwise most likely would have dropped if I wasn’t reviewing it.

In the end, Nier Replicant is a game that established fans of Nier are certain to eat up. For anyone who this is their first foray into the franchise, though, they should thread carefully as it’s very likely to shoo them away from the series altogether thanks to its plodding pacing and outdated gameplay.