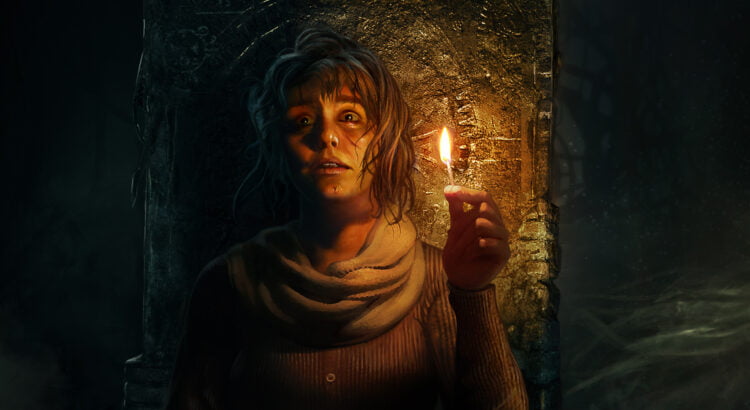 It’s funny how, for as apart as Amnesia Rebirth and Resident Evil Village might seem at first glance, that they can be so immersive in their own right while playing so wildly different. And at the same time, they’re so similar when it comes to how they guide you all throughout in their own ways.

In Amnesia’s case, it’s a new entry in a series that helped establish horror indie developer Frictional Games. They eventually came back to Amnesia after handing the series’ reins to The Chinese Room for the first sequel to Amnesia: The Dark Descent, A Machine for Pigs. Hands down one of my favorite horror games ever, only to be surpassed by Frictional’s own sci-fi magnum opus, SOMA, The Dark Descent helped set the stage for what could be done with horror without having to rely on violence. Instead, it played down the power fantasy that videogames so often rely upon, and had you depend on darkness and stealth to make it through to the end as an otherwise helpless protagonist.

As Tasi Trianon, a member of an expeditionary crew that crashed landed on the deserts of Algeria and is now suffering from amnesia, you’ll question yourself if it’s really worth regaining your lost memories the further you make it into the game. Tasi slowly remembers being in places you explore throughout your time playing, and even though it isn’t evident right away, something isn’t quite on the level about just what provoked her current condition and how she’s gotten to survive up to that point, when she wakes up and the game opens.

For anyone who’s played any of the previous games by Frictional, Amnesia: Rebirth will feel instantly familiar. You get to explore a number of locations and can pick up a limited number of items that are stored in your inventory in order to be used in somewhat simple puzzles, as well as consumables, which in the case of this game are matches, used to light a vast array of light sources you’ll come across. There’s also a lantern, but since it burns fuel at an alarming rate, you’re quickly forced to get good at scouring corners for resources and knowing when to create secure spots as you explore.

As much as the darkness can protect you from being detected by the number of supernatural creatures you’ll come into contact in this game, it’s also your enemy. Tarsi is constantly on the edge whenever she’s surrounded by shadows. If you spend too long in the dark, she starts losing it, forcing you to shake your controller’s analog sticks in order to help her pull herself together. Same goes for whenever she’s caught by the enemy, which instead “rewinds” her to another point in the map, taking away some of her sanity.

That doesn’t mean she’s completely out of any means to keep herself in harm’s way. Her bracelet, which she has no idea how it ended up attached to her arm, serves as a compass of sorts that opens up ways to dimensional rifts all over the game world. Sometimes, these don’t take you anywhere particularly useful, while at others, they help you hide from danger for a time, or find the way forward in order to escape.

Story-wise, Amnesia: Rebirth does a decent job at dropping crumbs of what took place before you stepped into the shoes of Tarsi by having many pages of journal entries you pick up throughout your adventure, as well as loading screen scenes narrated by Tarsi herself and her missing husband. The character development that she goes through throughout the game is striking as she comes to grips with the things she might have done to survive up to that point and somehow forgot, making her truly question whether or not she really wants to remember potential traumas she might have suffered along the way.

A couple of hours in, Tarsi realises she’s pregnant and interacting with her unborn child is a means of calming herself and giving a purpose to escaping the nightmare that she’s desperately stuck in. Checking in on the baby is a gameplay feature that tends to be annoying in games in general, but works well to breathe life into Tarsi, along with her quips and comments that play from time to time. Eventually, and without giving much of the plot away, that pregnancy steers the plot in some decisive ways, and opens up a variety of paths you can take, potentially leading to a number of disturbing scenarios.

Once again Frictional has done an exceptional job with ambience, which is especially impressive considering the constant shift in locations throughout Amnesia Rebirth. Both Dark Descent and SOMA were contained to smaller environments, but Rebirth, although splitting its world by sections, granted, never keeps you in a single place for too long. And each spot feels unique and at the same time equally creepy than were you previously skulked through. It’s funny to think that a game such as this that relies so much on darkness takes place in a sunny desert and still manages to be so damn atmospheric.

Amnesia Rebirth wouldn’t be my pick for the best out of Frictional’s catalog that I’ve played up to this point, but I respect their effort either way. SOMA is still a stronger narrative experience through and through, and if I had to rank their games, it would sit solidly somewhere between SOMA and the original Amnesia. In terms of crafting moody psychological horror first-person games, Frictional is one of the best there is, and I hope there’s more to come from them soon.