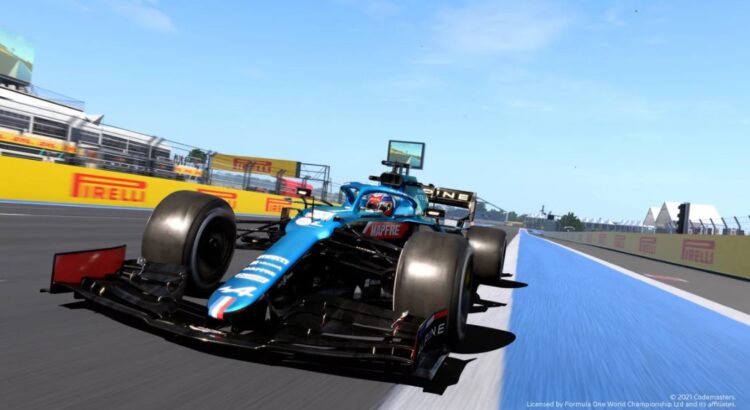 The decades have always been kind to F1 when it comes to gaming, but the last few years have been particularly generous. After Codemasters took over the wheel and became the de facto developer for F1 games, fans have gotten what they wanted with some of the best yet offered. Last year’s entry was especially liked by our crew, and now that EA is now owner of Codemasters, it didn’t take long at all for their influence to pop up in this now venerable franchise with F1 2021.

EA’s approach to sport games over the last ten years has been to turn them into something beyond merely simulating, with attempts at delivering a narrative experience which would put players in the shoes of athletes, achieving a certain amount of success in presenting a satisfying and engaging experience. F1 2021 is the first of the series to include such a mode, which along with the already extremely tight gameplay helps make it a great point of entry to anyone looking to get into F1.

That’s not to say that this story mode, the so called Braking Point is perfect, but it’s a fun diversion that has you assuming the role of a newly recruited ex-F2 driver into any of the lower tier F1 teams, taking on a rivalry with your seasoned teammate and rushing into scripted challenges taking place during an alternative, COVID-19-rid 2021 season. I for one saw this as the perfect excuse to finally start playing the modern F1 franchise more seriously after tentatively trying to get in with it in 2016.

For years during the 1990s I was a big fan of the old Geoff Crammond Grand Prix games, which for the time did an incredible job simulating F1, for as outdated as their rosters tended to be right out of the gate and their now primitive graphics, of course. F1 2021 feels like a spiritual successor of sorts to me, and thanks to all the modern bells and whistles you’d come to expect, like analog controls, fantastic graphics.

Outside of the story mode, there’s plenty more to do in the game, of course. The tried and true career mode is back for those looking to spend virtual years climbing the ranks of Europe’s most beloved racing category, along with single race and online, that at the time of this writing is still having some quirks to be brushed aside, like disconnection issues and a handful of bugs regarding the A.I.

The actual simulation side of the game, as I mentioned before, is certainly breathtaking, but it does come with its share of shortcomings when we approach difficulty options. Normal mode is fine and dandy for anyone starting out, but once you become somewhat accustomed with playing F1 2021, it quickly peeters out, becoming quite easy. That would be fine if the next difficulty option was tweaked with that in mind, but no, it’s a whole other level of punishment, giving no middle ground between a cakewalk and an absolute pounding. A shame.

More adaptive simulation options would definitely be welcome here and it’s something Codemasters should look into for next year’s game. It would also be nice to get an extra layer of customization when it comes to your driver. Given that this is a game, after all, why not allow you to go crazier than merely painting their helmets? Let’s have them have more options to pick from, or, *gasp*, let a female into the league for once? Indy does it so why not F1, at least in game form?

As it stands, F1 2021 is still a very solid racing simulation game. You’ll be hard pressed to find an alternative when it comes to delivering an authentic experience as this one, with the dedicated, laser-focused aim of covering a single category, F1. 2022’s entry will be even better if Codemasters can dust off some of the issues I had with this one and go ahead and provide even more fun situations to swerve into in a new Braking Point storyline.