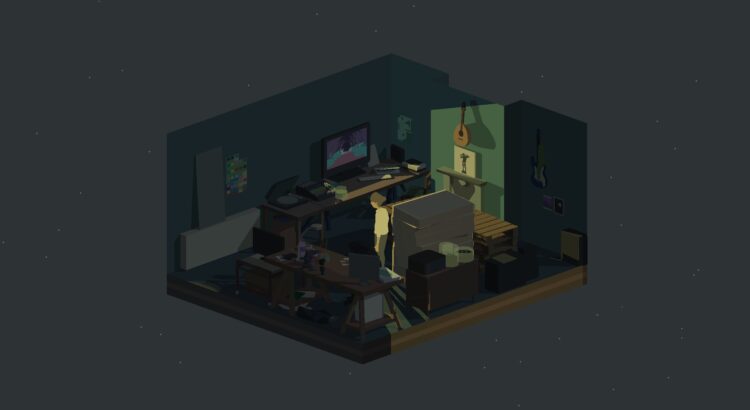 It is, terrifyingly, now 11 years since I left university. My three years at the University of Southampton from 2007 to 2010 were enjoyable and helped me to start the career I’ve been pursuing since, even though my degree (Philosophy) is not directly related to it in any way. And even though I only achieved a mediocre grade, it was enough to get a foot in the door. I miss some things about university; the people, doing student radio and the student newspaper. But I don’t miss the house I stayed in during the 2nd and 3rd years, 2 Harrison Road. It never felt like home. A house where we actually got burgled during a term break and I had my stereo stolen. Halls of Residence in the first year was much more exciting, and much less stressful, even despite 2am fire alarms. That said, there is much about living in a university house to remember, especially as a place of “firsts”; first independence, first gas bill, first time Southampton City Council tried to take me to court for non-payment of council tax I didn’t owe (as a student, I was exempt).

No Longer Home is a point-and-click adventure, heavily inspired by Kentucky Route Zero. Indeed, the game actually references this itself in a nice cameo. The art style, atmosphere and writing are all riffing off Kentucky Route Zero, but with a different core theme. While Kentucky Route Zero focussed on lost Americana and the collapse of rural industry, No Longer Home looks at a single moment, that of leaving rented accommodation at the end of university. The lead characters, Ao and Bo, are a non-binary couple living in a flat in South London, having come to the end of their tenancy. Ao is destined to return to Japan while Bo isn’t sure what to do next. The game examines the last day at their flat, holding a BBQ for their friends, and chatting to each other about their hopes, dreams and regrets. This relationship is part fiction, but also part fact, based on the experiences of the two main game designers.

No Longer Home is elegiac, deliberately so. You’ll often read descriptions about how nature is slowly reclaiming different areas of the flat; mould growing on the towel in the bathroom, cracks widening in the walls. The dialogue has choices, but none of which particularly matter; like Kentucky Route Zero, the choices merely influence the story you’ll be told. The writing is generally good, but it can’t reach the heights of Kentucky Route Zero’s haunting beauty. Nonetheless, the game is successful at achieving a memorably morose atmosphere, of things left unsaid, in almost a Proustian fashion. There are also a couple more esoteric and unusual aspects, such as the monsters who also inhabit the flat. These appear to be manifestations of some aspects of Ao and Bo’s personalities, for good and ill. These Lynchian elements, alongside the more mundane reality of the situation help to add a bit of unexpected drama to proceedings.

The game is played from an isometric perspective where you can rotate each room of the flat in four directions at will, allowing you to examine it and find new interaction points, as well as exposing doors which might have previously been hidden. You can interact with objects to get a bit of dialogue from the person you’re currently controlling, or just some background info about a past event that happened in the flat. Moving around each room is very easy, and the minimalistic art style means that each room feels appropriately different and unique. The music is similarly minimal and moody, very much a tone piece which feels like Brian Eno would approve. Personally I preferred Kentucky Route Zero’s folk songs, but again for the purposes of creating a bittersweet and almost mournful atmosphere, the music works.

No Longer Home doesn’t out stay its welcome and is a relatively short experience, but I generally found it interesting and inventive. It clearly borrows heavily from Kentucky Route Zero, but wisely doesn’t try to imitate it, but rather borrows narratively and structurally. Ao and Bo’s relationship is very well fleshed out, and they are honest and truthful to each other in a refreshing way, their dialogue never feeling forced or unnatural. This is commendable, as realistic romantic relationships are often difficult to accurately convey in video games. It’s a game which pauses and asks you to value the small moments in life. I took this lesson to heart, using every opportunity I could to pet the flat’s two cats, Luna and Autumn. Sometimes, just petting a cat can spark joy. Life consists of a multitude of small moments, and at some point, we all must move from old homes and build new ones. No Longer Home, like Gone Home before it, proves the adage “you can’t go home again” remains as true as ever.