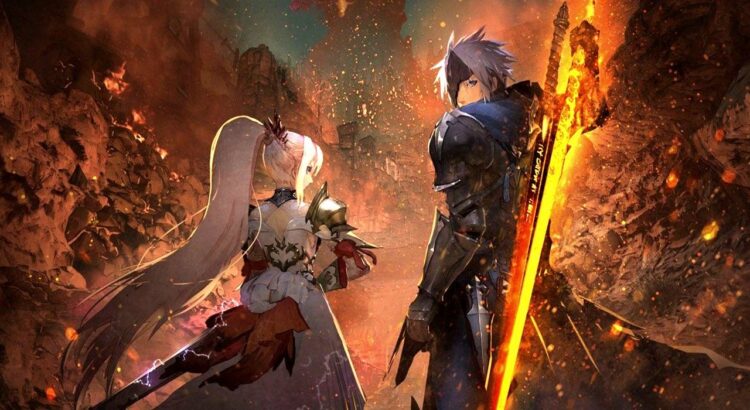 Although  similarly as long running as Final Fantasy, the Tales series has never quite enjoyed the same amount of popularity as Square Enix’s juggernaut. On the other hand, those that enjoy the franchise REALLY dig it, and thanks to that it’s been trucking along with numerous releases spanning across a number of console generations.

Tales of Arise is the first entry for the current Xbox Series S/X and PlayStation 5 gen and it aims to shake up the formula quite a bit. In many ways, it does exactly that, while still remaining a familiar song that series veterans and newcomers alike are sure to enjoy, thanks to an excellent story and a gorgeous presentation. Those looking to play a J-RPG on their brand spanking new consoles should absolutely dive in as Tales of Arise will last them quite a long time.

The world of Dahna had once been one of prosperity and peace, but 300 years ago, the forces of neighboring Rena violently invaded and enslaved its population, splitting the land into five distinct realms, governed by the blood-soaked hands of rulers who are perpetually at conflict with each other. As Iron Mask, a amnesiatic slave turned hero alongside Shionne, a Renan escapee, you begin your quest to form a revolution in Dahna by breaking from your shackles in the starting region of Calaglia and making your way from realm to realm, planting the seeds of resistance at every stop.

As Tales games go, Tales of Arise‘s story is as deep and well developed as previous titles, although the subject matter and overall themes feel a little more mature than those seen before, and with great success, making you feel for the characters and their struggles fighting an ever present oppression. That level of maturity also carries over somewhat to Arise‘s art direction, which now sees characters portrayed in much more realistic proportions than ever before. Then again, the crux of practically every Tales is to revolt against whatever big baddie that’s in power, and well, they’re all ridiculously anime. Tales of Arise is no exception.

Tales of Arise also sets itself apart in a way by having some of the tightest combat in the series. Tales games have always been known for their more action-y and combo heavy battle systems, and Arise takes that a step further by having the game play a lot like a Devil May Cry-style action romp, with dodges and flashy moves that both feel fantastic to pull off and are incredibly well implemented, awarding you for your creativity and timing. And the bigger your team, the more options there are at your disposal to counter many of the enemy’s setups like armor, elemental resistances and ability interrupts. All in all, Tales of Arise is a whole lot of fun to play and only gets better the further you get, with all the new moves that you earn by leveling up.

The thing that you need to keep in mind while playing Tales of Arise is that it takes its merry time for just about everything. If you’re looking for a quick game to blow through, you’ll need to look past Arise, because it’s absolutely huge in just about every aspect — except for its map. You’ll be done exploring it, funnily enough, around the game’s half way mark, which to all extents and purposes, is hilarious. There will come a moment while playing where you’ll feel like you are done, and it’ll be then when Tales of Arise will drop in a few (many) hours to keep going. This is in no way exactly a blemish per se in the game’s very high content quality, but it’s something to keep in mind when approaching it.

Bandai Namco has been on a roll with its Japanese releases this year, starting with the very stylish Scarlet Nexus a couple of months ago. Tales of Arise is yet another hit in the series that you’ll want to add to your JRPG library, and one that is very likely to keep you entertained for weeks, if not months, to come.