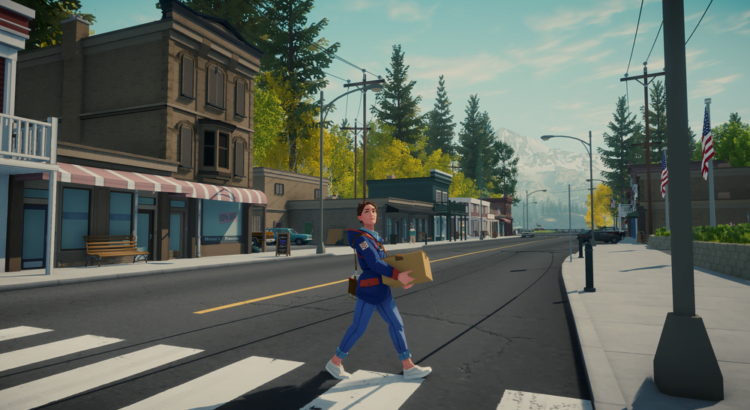 Each life is its own unique story. Whether or not they’re worth exploring, well, that’s up to debate. In Lake‘s case, from developer Gamious and publisher Whitehorn Games, you join protagonist Meredith Weiss, a computer programmer who goes back to her hometown for a much deserved vacation. Then again, she won’t be resting exactly since she’ll be taking her dad’s old route delivering mail.

We at Entertainium are no strangers to games about mailmen. I for one really dug Death Stranding, a game that stripped of all its pretentiousness and stealth gimmicks that stem from it being a Hideo Kojima project, is pretty much about making your way from point A to point B and drop a box off. Lake is basically the same at its core — as in you also take letters and packages around — and as a bonus you get to drive a mail truck whose nickname is Goose. And you get to know more about Meredith’s past experiences living in a sleepy town in Oregon and what led her to leave years ago.

Really, there’s not much to playing Lake in a gameplay sense. At the start of each day you get an X number of deliveries to make and points on the map to where they should go. On the way to each location, Meredith recalls her memories living there, which also extend to her activities after her job. Choices are limited to a couple of options during dialog, and if they matter or not is entirely up to you in developing her personality as part of your head canon.

That doesn’t mean that Lake is a drag. It’s just that it’s an extremely simple game. There’s not much to take away from it merely by gameplay. It’s the entire thing that makes it count, taking into the scenery, the ambiance of the location it takes place in, and the light story strokes it paints around Meredith.

And in that regard, Lake‘s enjoyable enough, albeit very short. On the other hand, I’ve no idea how a game like this could last longer than its handful of hour run without going stale.

Concept games like Lake are great for what they are and for how long they last you. You shouldn’t come to them expecting to be blown away, but for what they aim to present. Lake is especially good at delivering a satisfyingly light and encapsulated experience, but not much else.