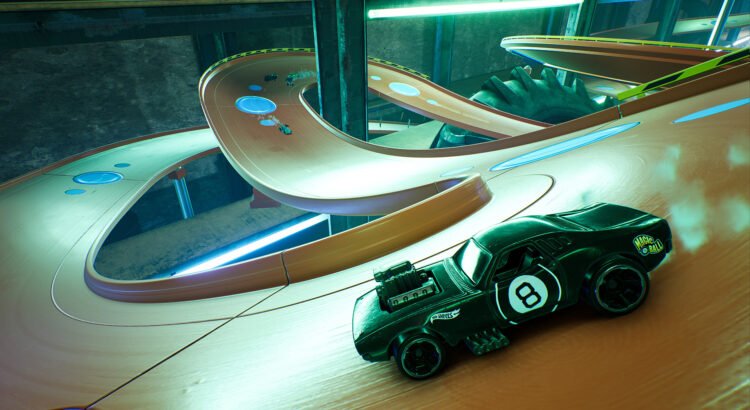 It’s funny to think how pretty much anything can be turned into a videogame given a good developer. Back during the heyday of the NES, all manner of licenses got a game in through Nintendo’s (at the time) less than rigorous approval process, regardless of whether they were good or bad.

But most surprisingly, the ones based on Micro Machines, developed by the up and coming racing juggernaut Codemasters, were at the very top. They basically turned a kid’s fantasy of giving life to their toy cars into a series of very enjoyable top down racing games, where you’d zip around a bunch of locations based on common household environments. They carried the simplicity of the time and made the best out of it, and to this day are still incredibly playable.

Milestone, yet another game developer racing is at it again, 30+ years later, this time with the Hot Wheels license. And lo and behold, it’s much better than it has any right to be, featuring straight up some of the more easygoing and enjoyable toy simulators you’re likely to have without having to invest a whole lot of time playing.

Hot Wheels Unleashed might be extremely simple, but it’s got plenty to keep you busy if you’re looking for a fun arcade racer to play in between your huge open-world J-RPGs and such.

The thing about this that will keep you coming back for more is definitely the extensive toy car collection that it’s got to offer, featuring all the licensed fake vehicles you could ever hope for. These include numerous real world manufacturer pint-sized reproductions from companies such as Ford, but there are also a number of movie rides, like Back to the Future‘s DeLorean and Batman‘s own Batmobile.

Each addition to your roster costs a number of gold coins, and the rarer type the ride is ranked at, the more expensive it is, as expected. You can also get new cars by opening blind surprise boxes, which you can also buy with the aforementioned coins.

You’d expect that that specific part of Hot Wheels Unleashed would naturally include predatory tactics in the form of microtransactions, but it’s not the case this time. By just playing the game, you earn quite a bit of in-game cash. Hot Wheels City Rumble in particular is a pretty involved single player mode that awards you not only that gold, but also gears to upgrade your toys and even more blind boxes sometimes.

Having the means to keep the game economy going without spending even more real world $s is really great on its own, but damn City Rumble is an alright means to playing Hot Wheels Unleashed in spurts since races are so short to get through to begin with.

Besides that mode and the act of collecting more and more diecast masterpieces — hey, some of them look neat! — you can also tool around your own fully customizable basement that gives you the option to buy new furniture and such. Then you can actually race in the darn thing in tracks that are either pre-built or that you come up with on your own via a surprisingly competent creation suite.

I was also especially impressed by Hot Wheels Unleashed’s presentation. The close up camera angle during races helps sell the scale in which they take place, selling the illusion that you’re a minute racer in such ridiculous environments. The graphical effects are over the top as expected and don’t get in the way. It wouldn’t be this good if the controls were crappy, but they’re loose enough to keep the gameplay chaotic and at the same time requiring some skill to win at higher difficulty settings.

Yeah, it might be mean to say that Hot Wheels Unleashed is better than it has any right to be, I admit. It’s incredibly competently put together and it’s clear a lot of care has gone into its making. This isn’t a hastily developed cash grab in any way, and as far as licensed games go, it’s among the better ones you can buy right now.