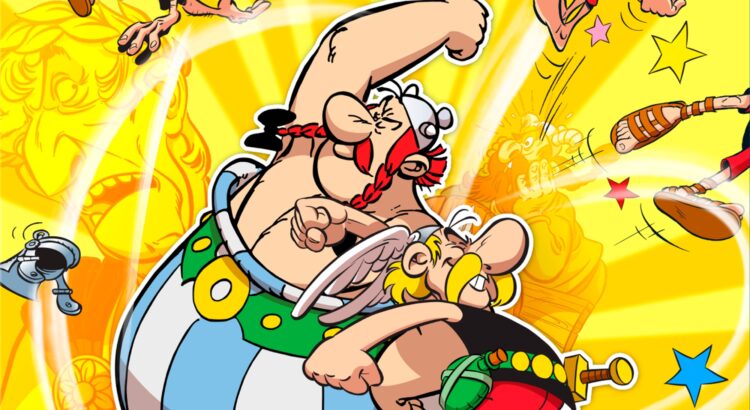 Life wasn’t easy back in the time of the Roman Empire. It didn’t help that not all of Europe fell into control of the mighty Julius Caesar. Oh no. A tiny little village in Gaul still held on strong, thanks to druid Panoramix’s mysterious potion which gave the villagers the strength of twenty men. The most popular villagers out of that tiny spec on the map were Asterix, a man whose smarts more than made up for his size, and Obelix, who fell into a vat full of magic potion and whose effects were permanent.

The duo has been going at it for well over 60 years now, causing all sorts of trouble for Caesar and just about anybody who happens to stand in their way via the comics created by French artists René Goscinny and Albert Uderzo. Since their creation in the late 1950s, our lovely Gauls have been just about everywhere and have comically tackled all sorts of subjects all in good humor, leaving no stone, rock – or menihir for that matter – unturned.

Games have also featured them to varying degrees of quality over the years, most of them focusing on the brawling aspect of the comics in the form of beat ‘em ups and action adventure titles. Asterix & Obelix: Slap Them All!  is the latest, coming out of Microids, a publisher with a knack for bringing to new audiences a lot of what’s really popular in Europe. It’s also a brawler, and has a lot going for it on visuals alone.

Sadly, a gorgeous façade isn’t enough to hide the shallow gameplay found in Asterix & Obelix: Slap Them All!, and for as good looking as the presentation might be, the game lacks depth to keep you coming back for more even after the first stage. Even as a gag game and you happen to have a friend to tag along who’s willing to sit through and beat the ever living crap out of anything that comes your way ad nauseam, there’s only so much to it, honestly.

There’s not much going on when it comes to playing Asterix & Obelix: Slap Them All!. As a beat ‘em up, it’s totally functional, but it lacks the nuances that make, say, Streets of Rage 4 something you want to keep replaying and trying out different characters. That’s because regardless of who you pick in Asterix & Obelix: Slap Them All!, both of the titular friends basically play the same regardless of who you pick.

You punch and slap your way through wave after wave of enemies and move to the next screen when you’re done for the entirety of the game. There are numerous levels that take you through a generous span of Asterix comic storyline locations, starting with Breton, where Asterix’s cousin Anticlimax calls upon his help. Unfortunately, none of the places you go to actually matter when it comes to gameplay, as it’s always a copy and paste of the very same gameplay repeatedly.

If there was much in that gameplay to speak of in the first place there may have been a reason for Asterix & Obelix: Slap Them All! to rely on it so heavily, but there isn’t. You can build up and spend a special move meter in order to pull off stronger attacks, and that’s as deep as things get. Thankfully, the little that there is here works serviceably well, including hitboxes and the bouncing of enemies off of each other, which sometimes results in some funny moments when pummeling them.

When talking to a friend who happens to be a huge Asterix fan about this game, they were excited to see how well the look of the comics were translated as it’s rarely nailed when it’s brought to 3D, such as in the Asterix & Obelix XXL series. In that regard, I was happy to tell them that Asterix & Obelix: Slap Them All! is absolutely amazing. Really, if I could show this to my 10-year old self who every weekend would plop down and read my uncle’s Asterix comic collection I would probably have a hysterical fit.

Asterix & Obelix: Slap Them All! is easily the best looking comic book game adaptation you are likely to play, one that even rivals other similarly playing games that aren’t even tied to an IP and just happen to be in 2D. It’s such a shame that it falls so flat in the playing department as it’d be a guaranteed contender for my personal favorites list for 2021 for just how faithful it is to Uderzo’s iconic art style alone.

I was incredibly into the idea of Asterix & Obelix: Slap Them All! but ended up quite disappointed by the end product. A bit more depth and variety to the gameplay would’ve gone a long way in my book, but as it is, this is one Asterix adventure I’m not going to be getting to the end of anytime soon. Sorry, Cacofonix, but you’re gonna have to do your show at the banquet without me, buddy.