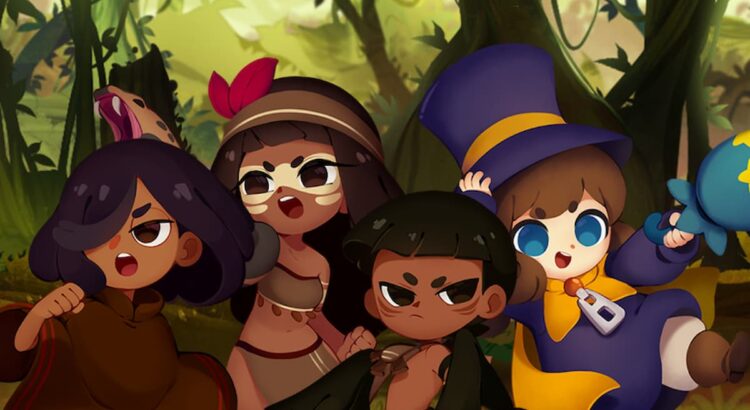 Do you really know about the Amazon? No, I’m not talking about some bald billionaire’s huge online shopping destination that’s incredibly predatory to just about everyone involved with it, from employees to actual customers, but the actual geographical location, the huge tropical rainforest in South America. Do you know much about it?

Considered the “world’s lung”, the Amazon is home to a gigantic variety of plant life and fauna, not to mention that it’s where a lot of cultures are established over a number of different countries whose borders happen to include a part of the forest. It’s a criminally overlooked setting for media as a whole, games included, but one that will hopefully get some traction thanks to titles like Tunche, from LEAP Game Studios out of Lima, Peru.

The first time I caught a glimpse of Tunche was a few years ago during the annual BIG Festival in São Paulo, where indie devs from all over the world come together for five days packed full of gaming goodness. At the time, it certainly caught my eye with its simplistic but colorful art style and combo-heavy combat mechanics, so much so that I kept its promo flyer tucked away all this time as a reminder to check it out once it was officially out.

That time has come as it’s available on just about every platform, and I got to mess around with it on the Xbox Series S. It’s as good looking as I remember it being, and now after having had the opportunity to play through a big chunk of it, I can safely say it’s been worth the wait, even though there are some caveats worth pointing out.

As far as its original promise of a positively unique setting for a game, Tunche absolutely delivers. If it’s a worthwhile story that you crave sitting through, you’ll find a lot to enjoy in this game as it does a very good job at slowly revealing just what the heck is going on in the heart of the jungle as you kick and stab your way through the game.

There are a handful of characters to pick from in Tunche, all of them going for an archetype that’s well known to brawler fans who are familiar with this sort of game, such as the quick dual-bladed Qaru, or Pancho, the musician, or, heck, even the girl from a Hat in Time. Sure, why not? If you can play punchy (heh!) music in order to defend yourself, I don’t see what’s weird about wearing a top hat and casting spells in seemingly out of place fashion now.

Anyway, each of the cast has their own set of moves and spells that you can use, and Tunche does what it can to teach you how to use its numerous layers of gameplay features. It’s a lot to learn and if you happen to switch to a different game for a while and come back to Tunche, you might get a little lost reacquainting yourself with the ins and outs of battling the many critters that are unfortunate enough to sit between you and the goal.

I had a particularly tough time with the way the game doles out information since there’s so much of it to be had right from the start along with the expositional dialogue that’s delivered by the NPCs that pop up in the first few minutes of gameplay. There’s so much to absorb in such a short amount of time, and I ended up having to start over a couple of different times in order to catch it all. And even then, hours later some aspects of gameplay that involve currency are still hazy to me.

That, coupled with Tunche’s roguelite nature that had me brought back to the start after getting rushed to death by enemies meant that most of my time playing ended up being me trying to find a character I had an easier time button-mashing my way out of trouble with, which ended up being the aforementioned dual-bladed kid. And even then, I can’t say I’ve made a whole lot of progress in the game because I kept playing the same segments over and over again, ratcheting up the repetitive factor that’s inherent to roguelite and roguelikes, especially ones that have you grind for resources such as Tunche.

This might come off as weird, but I would’ve absolutely loved it if there was less to Tunche than there is, and that it wasn’t hinged on its roguelite mechanic. If this happened to be a tried and true beat ‘em up brawler, it would’ve fared much better to me since there’s a solid foundation for such a game, solo and especially in co-op as it’s really fun to play otherwise. As it is, though, Tunche is a beautiful yet flawed jaunt through the hot steamy jungles of the Amazon that will at the same time mesmerize you and try your patience.