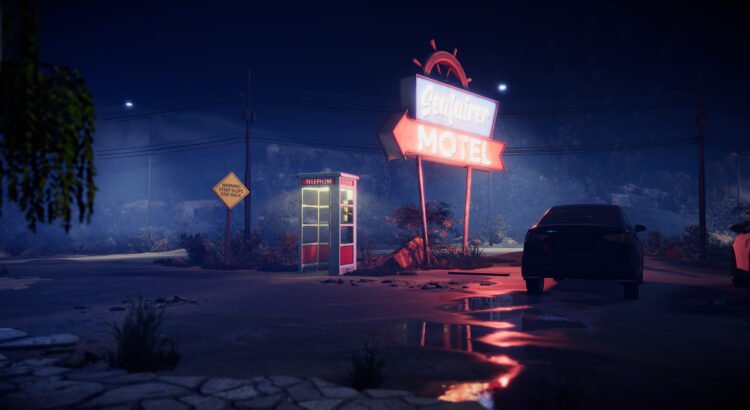 When first revealed, I couldn’t hide the pure astonishment at the idea that someone would try to bring Alfred Hitchcock’s iconic Vertigo to videogame form. The idea that one of the best movies ever could become a game in any way just felt wrong as the movie itself is arguably one of the bone fide classics of that specific medium. So it’s to my equally astonished surprise that Spanish developer Pendulo Studios’ take on Vertigo turned out so well, and that’s simply because they didn’t try to remake Hitchcock’s masterpiece in any way, but rather borrow the core concept behind and make something of their own.

With that in mind, it’s a little weird that they’ve gone through the effort of licensing the famed director’s name and movie property. Even though the game bears very little resemblance to the film, it manages to convey a similar sense of urgency and sheer desperation as a novelist whose had writer’s block for years suddenly sees himself in a mystery of his own after a fatal accident and the visit of an enigmatic woman. And as a result, he’s suffering from an acute case of vertigo, not even being able to leave his bed.

Differently from games like Yesterday and the more recent adaptation of the cult comic book Blacksad, Vertigo doesn’t play much like a traditional adventure game. Pendulo opted to make it into a limited interactive novel, where you pick the order in which the dialogue takes place and have very few QTEs between the handful of characters you get to control.

The final result is a linear experience with little to no agency on your part in any way, but it’s a gripping time regardless. That’s thanks to the writing which keeps the mystery going throughout the time you’ll spend investigating just what happened after all. What it lacks in interactivity is more than made up for by the concept and execution of it, which manages to keep momentum going from start to end.

Before this, Pendulo released a decent share of quality adventure games that followed a more traditional formula, sticking to the use of items in your inventory and word play, with Vertigo tending to veer towards a more fast-paced style more akin to modern adventure games, which works in its favor and helps keep things moving well. However, if you’re looking for something to really put your detective skills to use, you’ll be disappointed with Pendulo’s go at Vertigo as it’ll lead you by hand and leave no room for any deduction on your part.

Your main activity in the game then is reliving the protagonist’s recollections of the events that led him to be bed-bound, and from there, with the help of his psychiatrist, piece together just what really happened. As with any unreliable narrator, there are some twists and turns along the way in true Hitchcock fashion, keeping things interesting until the very end of the journey.

While not revolutionary in any way, Alfred Hitchcock Vertigo turned out way better that anyone could possibly have expected. It goes to show that there are smart ways to go about basing a game in a well established work of fiction without merely shoehorning tacky gameplay, instead going for a unique and positively gripping approach of its own while borrowing the spirit of the core idea it’s based on.