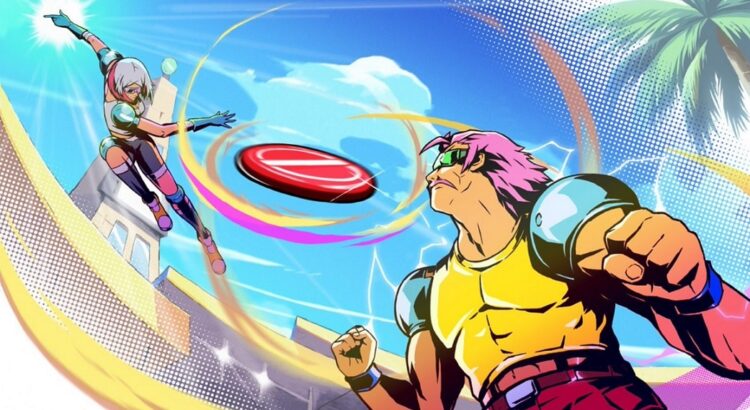 With Windjammers 2 there’s definitely a case for fan support mattering. The original Windjammers was a 1994 game released for the NeoGeo that was somewhat popular when it originally came out but only recently it became a smash hit among retro-loving players and streamers alike. And while I wouldn’t go out and say the folks at Giant Bomb, for instance, had any real influence over the existence of a sequel, it’s neat to imagine that a 25+ year old game would get a new entry because folks clamored hard enough for it.

Developed by Dotemu of Street of Rage 4 fame and a group that has shown significant care for getting old school inspired games just right, Windjammers 2 is yet another revival that is very much worthy of your attention regardless of your relationship with the original. Not only does it modernize the Windjammers gameplay and make it much snappier and smoother, but it does so in a way that those with muscle reflexes from the first game can still put those to use and find plenty of depth to keep digging into this new entry.

Now’s a particularly exciting time for videogames thanks to the resurgence of older styles of games that would be otherwise considered past their time that are given a new chance to shine and be played by a completely new audience. Windjammers 2 in a perfect case when it comes to that seeing that it’s relatively simple to play but takes ages to really master due to the small twists that a sizeable character roster provides and the strategies that have to be implemented in order to surpass your chosen player’s weaknesses and beat out your opponent.

Windjammers 2 could be best described as over the top air hockey, with two players facing off in a rectangular arena. Each side is split into three scoring spaces, with a net in the middle. Depending on where their opponent’s disc happens to land if it’s let through, a different amount of points are scored. Defense works kind of like dodgeball in the way you pick up the disc after it’s launched and can hold on to it until you return it, or can reflect it and make use of its momentum for your own return shot.

It’s a really fast-paced game under all the color and cartoony graphics, with a very decent level of challenge right from the get-go. On the other hand, it’s extremely easy to get into right away and learn its ins and outs due to its sheer simplicity of controls and play, making it a fantastic pick up and play experience for groups in multiplayer, or as a competitive online tournament, which makes the fact that there is a suite for multiplayer both locally and over the Internet such a vital component in this game.

However, if you are looking to polish up your skills on your own, the arcade mode is also a good way to get to know the entire roster set of quirks so you’ll be ready for when actual humans are controlling them online or at your side locally. There’s quite a bit to chew through in single player as you move from location to location on your way to stardom, and it serves its purpose of training you surprisingly well before you get into the real meat of the game that is taking Windjammers 2 against other people.

What a time to be playing games, folks. With Windjammers 2 Dotemu has broken into yet another genre of retro gaming that was most deserving of a revival, and what a revival it is! Don’t miss this chance of enjoying Windjammers this time around. If you have yet to play, there’s no better moment than now.