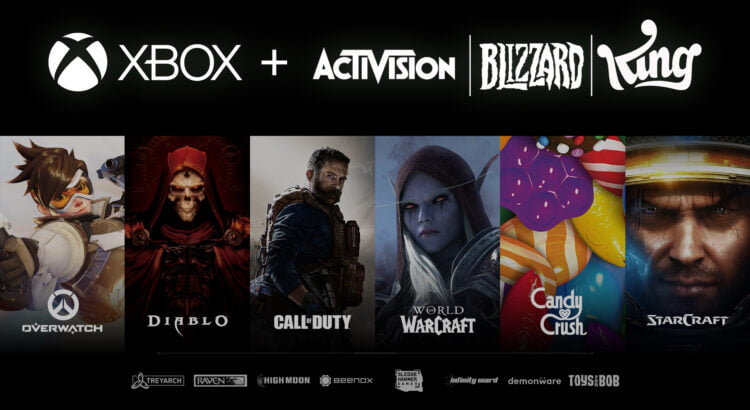 Today Microsoft announced that they will be acquiring Activision Blizzard for the sum of $68.7 billion. This comes after months of reports about the hideous conditions that workers have endured under current CEO Bobby Kotick’s leadership that came about due to a lawsuit by the state of California, something the company is still reckoning with (or rather, refusing to). Microsoft now stands to inherent responsibility for those crimes alongside the catalog of games Activision has in its stable, posing many questions for what the future holds for the company and the ongoing situation there.

It should be clear why this is big news — and not the good kind. Microsoft, in obtaining Activision, has just taken control over a massive list of properties and studios. The motivation is obvious, of course: buy the competition and bolster your own portfolio. But having so many properties under a single banner is not good. Studios being bought by large publishers isn’t anything new, sure — it’s very much standard business in some ways (though it’s still bad). But this is different. This is closer to something like Disney buying Fox — one media giant absorbing another, an entire entertainment field consolidating further and further under the grip of a select few entities.

I expect we’ll see people start to spin this as a win for everyone due to the “benefits” of this acquisition — “more games on Game Pass” I can already see people saying — much the same way people were on some level doing with the Disney and Fox buyout, but it’s hard to look at this as anything but a problem. With Activision now under their ownership, Microsoft is steadily positioning themselves to build a monopoly in the games industry. They’ve already bought a variety of studios back in 2019 (Double Fine, Obidian, Undead Labs, and Ninja Theory, to name a few), which was notable at the time given the sheer number and the general pedigree of the majority of the studios, and then bought Bethesda back in 2020, which was unprecedented and shocking. Buying Activision, however, one of the biggest publishers in the industry, is something else entirely.

Consolidation of media is bad. A majority of culture should not be in the hands of a select few corporations. There is never nothing to be gained by letting so much media be so tightly controlled. It’s an inevitable step of late-stage capitalism, of course, and how much money the videogame industry has been making since the pandemic began, it’s no surprise the biggest companies in this space would use to further tighten their grip over it. Stuff like this are exactly the sort of thing antitrust laws should exist to prevent, but in the States at least, they aren’t enforced very hard. News broke recently that apparently the FTC and DOJ are making changes to how they analyze mergers for antitrust concerns, which, if we’re lucky, will maybe put a stop to this. But given the state of the US government, I’m not holding my breath.

It’s also hard not to worry about what this will mean for the organizing workers at Activision Blizzard and their attempts to unionize. I expect we’ll see much of the current leadership at Activision either be ousted or shuffled around once the deal has been finalized (reports suggest Kotick will be ousted once everything is finalized), but I can’t imagine Microsoft is going to make transformative changes to how the company and its studios operate. After all, Microsoft isn’t exactly a shining beacon for good management of its own internal studios if the Bloomberg report on Halo: Infinite’s development is anything to go by. Jason Schreier of Bloomberg reported that workers he spoke to are determined to keep organizing, though, which is something. Hope they’re successful regardless of how this all plays out.

Following this announcement, I feel like we’ll be seeing more major acquisitions over the coming months. From who is anyone’s guess, but it feels inevitable at this point. Hard not to wonder how many more studios and publishers will come under the control of one of the major console makers a year from now. Feels like it’s only a matter of time before either a large swath of the industry is in the hands of the console makers or what few major publishers remain.