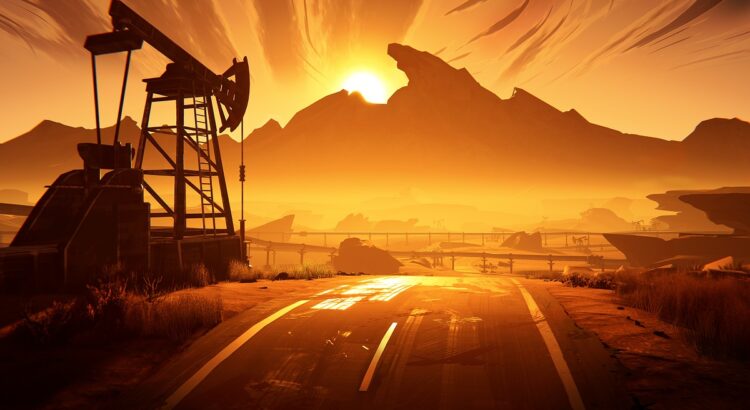 Released last year for Nintendo Switch and PC, Digixart Entertainment’s Road 96 was quite a unique experience that combined elements from adventure games with those of roguelikes. Thanks to some pieces of fantastic writing and a small but incredible cast of characters, even if not all paths might lead to a successful ending, the journey within Road 96 is one you must definitely undertake.

Now on PlayStation 4 and 5 as well as Xbox One and Xbox Series X/S, Road 96 has the chance to enchant an even wider audience, having new players take on the role of one of many teenagers trying to escape from the increasingly more fascist government ruling the fictional country of Petria. Along the way, you’ll get to meet a small but ridiculously personable and deep group of characters whose story you’ll only completely uncover if you keep playing as other protagonists, regardless whether or not you succeeded in the chapter before.

Each one of these initial setups you get to pick from is different from one another, and in a really cool twist, they’re also unique from run to run. So outside the fact that they’re all set in escaping the country by reaching the border at the end of eponymous Road 96, you start off randomly each time. You also get the dice roll on who you meet and how you do so through your decisions, and in typical Telltale Games’ style, everyone remembers.

While initially Road 96 might come off as more of a limited adventure game with some crossroads here and there due to its procedural design, it quickly starts showing more depth. That’s not only through the way it offers an onion’s worth of layers to tear through via its lovingly written characters, but also in how you get to discover their backstories, which is heavily dependent on your approach to the game as a whole.

In the end of the day, Road 96 rewards you for taking your time playing it and smelling the roses all the way through, even if sometimes the more straight ahead approach ends up being one that takes you to the border and gets your teen to freedom.

The politically-charged narrative obviously aims at having you influence the trajectory of events in the game. Even if not as revolutionary as taking down the government or anything, you make your player voice heard by giving input to the game world’s upcoming election, for instance, or none at all if you don’t choose to take sides.

Road 96 is smart enough to give you room to express yourself through your character, and for as limited as that can be within the confines of the game, it certainly makes it clear that there’s more to its premise than simply helping folks escape to the border.

I touched upon how characters are so well conceived in this game, and that’s consistent throughout the entirety of Road 96. Whether you’re candidly investigating a mysterious cabbie roaming the roads of Petria, being friends with a lovable bear of a heartbroken truck driver or finding out more about a fellow runaway that’s passionate about Russian compositions, there isn’t a moment in Road 96 that’s not used for extremely quality character development. It’s a rare feat that the folks at Digixart Entertainment have managed to achieve within their creation’s admittedly limited scope. It’s limited for a reason and not just for budget’s sake as an indie game.

One of Road 96’s major criticisms, especially with the Switch version released in 2021 was its overall performance, and I’m happy to report that it’s an absolute joy to play on PlayStation, without any hint of a hitch or crashes at all. If you’ve been holding off playing Road 96 due to the reported issues with previous versions of the game, do yourself a favor and get it now.

Intelligent games like Road 96 are few and far between, and even more so when they provide you with such a quality experience that keeps you coming back for more. And each time, it keeps delivering more and more exciting and deeply emotional moments that you won’t want spoiled in any way. This is easily one of my favorite games that I’ve played this year and I’m looking forward to seeing what Digixart will come up with next. No pressure, guys.