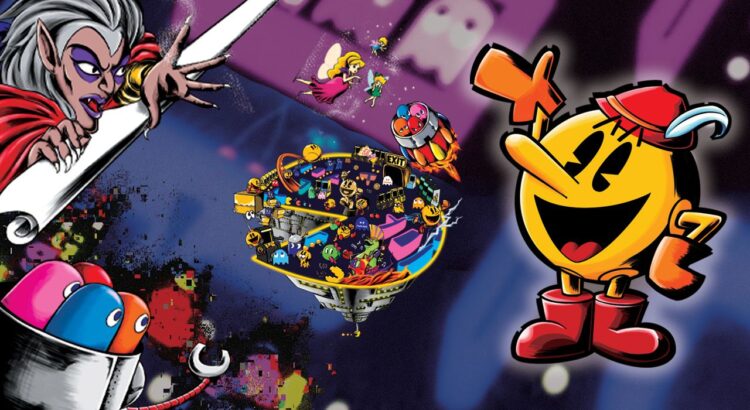 The question of quality is always up in the air when it comes to retro game compilations. Whether we’re talking about the overall quality of the presentation and emulation of the games on display or if they’re any good or fun to play at all, we’re walking on eggshells whenever the subject pops up.

Some have nailed both aspects superbly, like the often mentioned SNK 40th Anniversary Collection, which I reviewed a few years ago. Outside of a few games that didn’t age all too gracefully, that package included heavy hitters and was lovingly presented in a way that did its job of both presenting titles included within in the way possible for old fans to enjoy and also garner an entirely new audience.

Ultimately, collections like these obviously exist for companies to cash-in on old franchises and that’s fine and dandy, but when they go the extra mile and make them into historical time bubbles and are respectable to what’s included, it makes the proposition all the more worthwhile. Then there are things like Pac-Man Museum+, as straight to the point collection as there could ever be of one of arcade’s most recognizable characters, one that has been around for almost half a century at this point.

Pac-Man Museum+ brings the lovable yellow quarter muncher to modern consoles and the PC in pretty much every type of incarnation you can think of, in the form of 14 different games you can play in a virtual arcade for as much as you want… as long as you have tokens that is. Now, the thing about Pac-Man is that for as loved as that character is, his track record isn’t exactly stellar, and outside of the original release and some of his most recent games, the rest of his catalog is far from being anything you’d wanna play for too long.

Sure, 14 games might sound like a lot of bang for your buck, but it should be made clear that very few of them are any fun at all in the long or even short run. The original Pac-Man was a landmark title back in 1980, so much so that it’s got countless clones from every corner of the world, and for good reason: it’s a darn enjoyable game. It spawned a genre and it’s aged gracefully, but what came after it did not manage to capture the magic until after many, many painful failed attempts.

Its immediate sequel, Super Pac-Man, is supposed to be a souped up version of Pac-Man, but it fails in just about every department due to how it completely breaks the core tenets of what made Pac-Man so tight and challenging to play by adding concepts that break the flow of the game. It’s crazy to think that a game that turns your character giant and supposedly all powerful could be this bad – but it is – when you can’t even eat ghosts while in that form.

Later releases like 1983’s Pac-Pals miss the mark completely, this time pushing the main star of the show aside in order to include a green blob in its place. What the heck? Things surely did not get any better as the years went on and Namco tried to capture lighting in a bottle again, as Pac-Land, a tie-in to Pac-Man’s Saturday morning cartoon, tried to turn the character into a sidescroller mascot with a bow hat. The less we talk about this one, the better, as it’s easily the worst game in the collection by far.

At some point, Namco realized that what made the very first Pac-Man such an icon was its simplicity, and truth be told, they tried to take their next release up that path with Pac-Mania (1987), an isometric maze dot-muncher much in the vein of the original, sadly lacking all of the charm and speed of it. It’s not exactly terrible, but it’s clear that it’s nowhere near as captivating as its older brother.

The 1990s weren’t kind to Pac-Man as more and more games tried their darndest to milk the name, with a baffling switch to the falling block puzzle game format in 1993’s Pac-Attack and yet another attempt at having our primary colored buddy take on platforming with Pac-in-Time a couple of years later. Both Super Nintendo games included in Pac-Man Museum+ aren’t necessarily awful – they’re far from what you’d call Pac-Man per se.

After a couple decades languishing with more questionable releases, 2007 proved to be the year of our prodigal hero’s return to grace when Pac-Man Championship Edition was released. It was fast, it was simple to play, it had tons of ghosts to eat and it was insanely fun to play. Championship Edition brought back what made Pac-Man so great and amped it up exponentially by adding in new and exciting modes to play and rack up scores you could then shove into your friends’ faces online.

I played Pac-Man Championship Edition to death back when this was new and Xbox Live Arcade was all the buzz on Xbox 360 and it’s great to see it coming back in the Pac-Man Museum+. It’s unfortunate that somehow in the process of bringing it back Bandai Namco somehow made it blurrier and introduced some input lag, problems I could only hazard a guess as to why they’re present. Perhaps an issue with how the game’s emulated in this package that could be patched.

A notable omission in Pac-Man Museum+  are the follow-ups to Pac-Man Championship Edition that made the gameplay even crazier, with Pac-Man Championship DX being my favorite among the revival titles by far. Instead, Bandai Namco opted to include a few other recent day releases like Pac-Man Battle Royale, a 4-player head-to-head “Pac-Men” game that had its share of fans and can be a lot of fun to play if you can get like-minded people to join you, which was not my case when writing this review.

It’s good that it was included in Pac-Man Museum+, for sure, but for fans looking to enjoy the entirety of the compilation by their lonesome, this one might leave them wanting. Pac-Man 256 rounds out the library as the newest release to be included, a 2016 endless puzzler that has you continuously eating dots and ghosts for as long as you can, all the while avoiding increasingly more aggressive enemies and tricks thrown in by the A.I, like a devious glitch entity that chases you throughout the maze – scary. It’s the most out there of the Pac-Man games included in the museum and it’s got the depth to keep you busy for a while if you can get into it for sure.

Outside of a couple of remix style interpretations of Pac-Man, those are the games included in Pac-Man Museum+. Note that not all of them are available at the outset and you’ll need to play some of the more questionable titles before you can get to the better stuff, and that’s where the most annoying issue in this release comes into play. In order to partake in these, you’ll spend tokens, the in-game currency, much like an actual arcade. You can earn more by performing a number of challenges within each of the arcade machines which wouldn’t be a problem in and of itself if the tokens weren’t used in things other than simply playing the games included.

With them you can also buy items to use in order to personalize the space your Pac-Man avatar walks around in from game to game within Pac-Man Museum+. Granted, you’re not forced to buy a single one of these items, but since outside playing a whole lot of Pac-Man, customizing your space is basically the only other activity you have at your disposal here. It’s a loop you have to get accustomed with if you end up in this museum for the long haul, having to balance how many tokens you have and what you want to do besides playing the games within.

With that in mind, considering that this is going to be what we’re bound to get in the form of Pac-Man until whatever next event comes our way, like an anniversary of some kind or another, Pac-Man Museum+ isn’t the worst you could hope for in a compilation, but it’s certainly not the best. Outside of the quirky graphical interface that has you controlling Pac-Man as he walks from cabinet to cabinet and the do-dads you can buy with tokens to grace your personal arcade, there’s little in the way of actual historical material to tie these releases to the franchise as a whole. It would’ve been something very welcome to see for sure, especially when it comes to such a pillar of video games such as Pac-Man.

It’s also worth mentioning that there’s absolutely no mention of Ms. Pac-Man in any way, shape or form in Pac-Man Museum+, probably due to legal issues that have haunted that game since its inception, which is a big bummer considering that it’s an even better iteration of the original Pac-Man. Bandai Namco’s even gone through and edited any mention of that character in the sequels included in this collection, adding in a Pac-Mom in her place instead.

The end result is a package that surely carries quantity, with quality coming in at a close second. The good games included within are amazing, but in order to enjoy them you’ll have to delve into some very questionable ones first, which in the case of Pac-Man are some of the most questionable arcade games ever. Then again, having an easy pick-up for Pac-Man Championship Edition is awesome to have, and even then it’s a shame it’s presented the way it is.